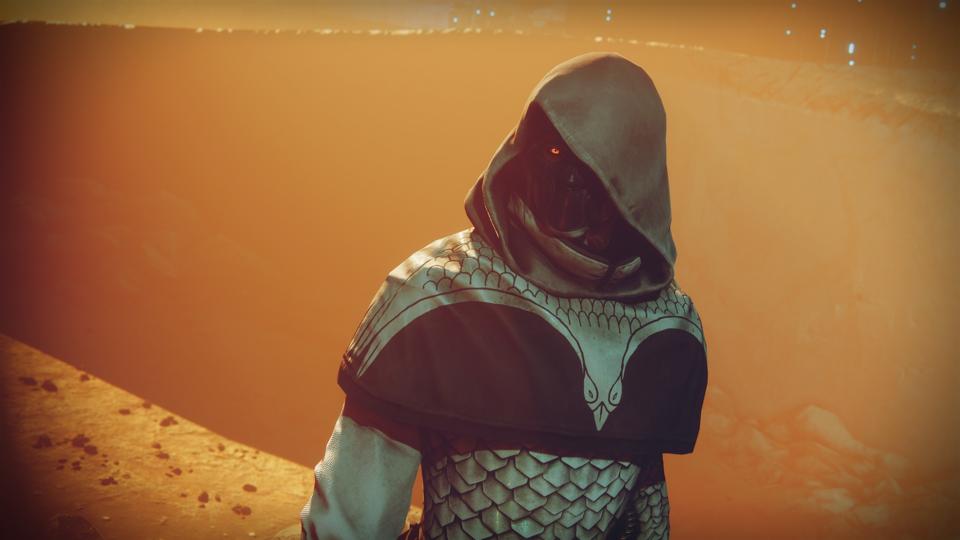 I’ve been feeling pretty solid about Destiny 2 lately, the gameplay is fun with new crowd density additions, the loot is good, and there’s a lot of stuff I’m chasing. I don’t even have much to complain about.

And yet, I am not reddit. Every once in a while I like to check back and see what reddit is up to, and given that I thought the game was working just fine. good at the moment I was curious to see what their complaints might be. I’m not ruling them out, and there’s praise there too, but I think it’s worth talking about what people see as lingering issues, even when the game has shown recent improvement. So what’s on the bridge?

1. Bungie employees should refrain from playing trials with banners

Um, okay, this one caught me a bit off guard. The idea here is that Bungie employees (of course they mostly choose DMG and Cozmo) don’t get a “real” Trials experience because they’re worn by streamers. One of the main comments in this article is that they play like a full Bungie fire team to get the “real” experience of the broken trials.

I think this overestimates how often people at Bungie actually play with streamers, as I’ve seen them do a lot of shopping with each other or with friends. I agree that the line between influencer and developer can be blurry at times and yet, on the scale of possible ethical conflicts in the creators’ space, it’s pretty low on the list. Most importantly, this seems to be a topic that is just one more excuse to try to harass employees and community managers in particular.

2. Trials of Osiris is the worst experience I have ever had in a video game

Well, my worst experience in a video game is probably trying to beat Shao Kahn in 2011 Mortal Kombat a hundred times with his cheap hammer spam and failure. But yes, at least the experience of losing in Trials is pretty bad.

Testing is a unique, non-fun, no-reward activity for anyone not at the ultimate top level of skill. Don’t get me wrong, I think high level games should earn the first level loot, and yet the game at to make the mode more open at lower levels so that players at least participate and feel like they’re not wasting their time completely. Better rewards (all) for lost or weak wins, and better matchmaking at the bottom of the map for less flawless player stomping.

It’s a little weird that PvP essentially hits a breaking point around the holidays, and now two months later we haven’t had a TWAB PvP or a word on the state of PvP in the game. Arrived with new trial loot and not much else on the PvP side, and it looks like players at best will have to wait for the big State of the Game article to find out where PvP is. But I think a few communication in the meantime would go a long way, and more bones thrown in fashion in general. Like we’re getting three strikes this season and no PvP cards, having already got no PvP cards in a brand new expansion. Things like that.

4. Cabal pods should have a warning before falling

No, that’s part of the fun. Learn the places if you care so much! They are not random!

5. Requires 5 hammer charges to concentrate a single armor An Umbral Engram is insane

While I think after the next few weeks the Hammer Charge grind won’t be as bad as you can double down on them and get other bonuses, I agree that it could still be kind of a slog. For armor in particular, once again we’ve run into a “high stat” issue, where Focused Armor consistently drops below 60, even if a stat is +12 or something like that. Bungie needs to raise the definition of what “high stat” means to make it worth it, and not have five charges for a pair of 56 disposable boots.

6. I don’t want to “increase the numbers” anymore

In addition to PvP, one thing Bungie hasn’t addressed or changed is Seasonal Power for a long time now, constantly asking players to start over so they can just go back to things they were doing before, like level Nightfalls. higher or Essays. I think the wattage and especially the brewing system needs more work, but there has been radio silence on possible changes to the current wattage for a while now, and it’s clear it’s not working for many people.

7. The amount of blue drops in Crucible is unpleasant

Well, if there’s anything on this list that I agree with, it’s this. I’ve been on an anti-blue crusade for ages now, and yes it’s extremely annoying to dismantle 3 blues after every Crucible game, but I maintain it is abhorrent to dismantle the blues. all over. I’m all in favor of an auto teardown option when you hit the soft cap, or replacing all the blues with a single legendary activity after the playlist which can be a chance to upgrade a +1 slot or something. something like that. The game has been drowning in the blues for ages now, and I’ve spent days of my life taking them down. It has to stop.

8. Too many artifact mods are for weapons

Yeah, I’d say too many mods in general are for weapons. They now share reload, anti-champion, and dexterity mods in the same slot, and it’s very annoying to have pretty much the most important mods in the game all crammed into two squares. I think these should be more prevalent, and maybe something like dexterity should come back to the boots even though technically that doesn’t make sense. And while we’re here, I’ll say for the millionth time, let’s unlock every artifact mod over time. This “rebuy” system is unnecessary.

I agree that I think it’s good when Bungie thinks outside the box in terms of class armor design. I’m all for thinner Titan armor on occasion (which they got) and bulkier Warlock and Hunter armor. The are ways to get that kind of look with some gear, but they’re rare and I think there’s more work to be done, even if you ultimately retain class identity.

ten. The nerves of the light subclasses should be restored to fight stasis in Crucible

Ehhh I don’t think it would work as well as you think. While yes, I think some old subclasses got watered for no reason (looking at you, Nova Warp), I don’t think polishing everything to compete with Stasis is a good idea, nor would it solve the fundamental problem with Stasis. , freezes and slows down, that no amount of pure damage could really overcome other subclasses. Stasis itself needs some work (and it’s an impossible problem at the base), but I don’t think simply reverting old nerves to other subclasses will do.

I could go on, but that’s enough counterpoint for today. I’ll do another one later.

Next season of ‘Overwatch’ competition delayed due to technical issues

The Bharat Express News - March 5, 2021 0
Tokyo and its three neighboring prefectures will remain under the COVID-19 state of emergency for two more weeks, Prime Minister Yoshihide Suga is expected...

Senzo Meyiwa’s accused drops his lawyer for “ wanting to force...