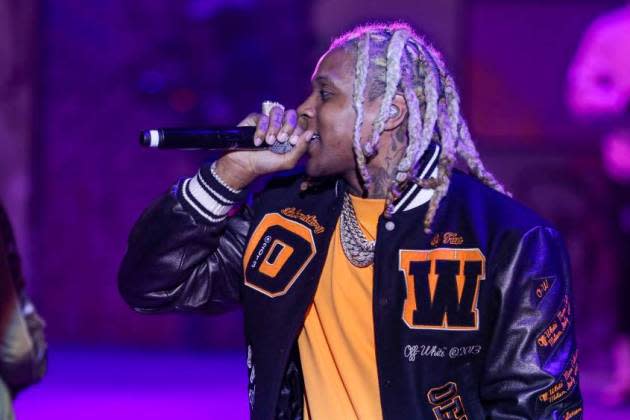 Lil Durk has announced that he is taking a break to focus on his health after being hit by an explosive fireworks display during his set in Lollapalooza on Saturday.

The rapper was performing his 2020 hit “Back In Blood” when he accidentally encountered two pyrotechnic smoke flames on stage. Videos posted on social media show Durk tripping after the incident and wiping his eyes with his shirt.

The stage staff quickly ran to his aid when someone heard someone say into the microphone, “Woah, woah, you okay, bro? [The smoke] shoot straight up.” Without leaving the stage, Durk took a moment to compose himself and eventually went on with the rest of his performance.

However, it seems that the unfortunate accident left Durk with some lasting consequences. On Sunday, the rapper shared a photo of himself in the hospital with a bandage over his right eye.

“Due to the incident that happened at Lollapalooza in Chicago on stage, I’m taking a break and focusing on my health,” he said in the caption. “I finished my performance for my fans yesterday. Appreciate you all.”

ALSO READ  Chris Pratt, James Gunn tease third, final and most emotional 'Guardians' movie: 'The end of an era for us'

Artists like Trippie Redd and Nav have sent their best wishes to Durk via his Instagram comments. Some fans have directed their anger at the festival for failing to protect the performers.

ALSO READ  She-Hulk Riles Up The Abomination, gets a visit from Wong and tangles with Daredevil (?) in new trailer