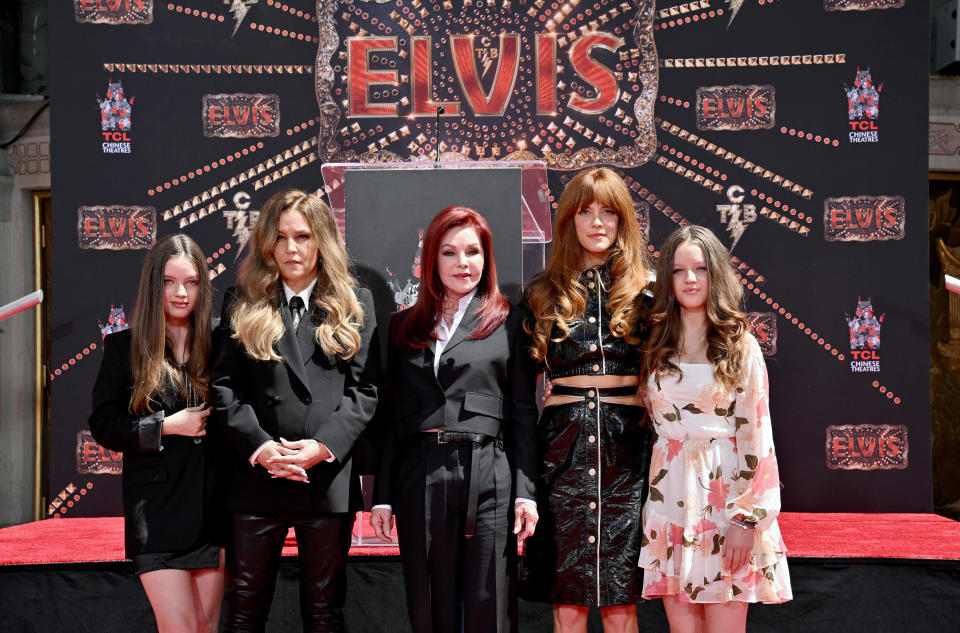 A public memorial service for Lisa Marie Presley will take place on Sunday at Graceland, the singer’s final resting place. The news comes as Yahoo Entertainment can confirm that Elvis Presley’s iconic Tennessee estate will go to her three surviving daughters: Riley Keough, 33, and 14-year-old twins, Harper and Finley Lockwood.

“Riley, Harper, Finley and Priscilla are grateful for the support, best wishes and outpouring of love in honor of their beloved Lisa Marie,” a Keough representative told Yahoo, noting that the service will be held on the front lawn. from Graceland at 9 a.m. on January 22. “In lieu of flowers, the family encourages anyone who wishes to send something to do so in the form of a donation to the Elvis Presley Charitable Foundation.”

The Elvis Presley Charitable Foundation provides support to a variety of organizations, particularly those focused on arts, education, and children’s programs in the Memphis/Whitehaven area near Graceland.

Elvis purchased the 500-acre ranch in 1957 when he was just 22 years old. Here he died in 1977. Lisa Marie, the only child of the legendary star, became the sole heir to the estate when she turned 25. A Graceland representative tells Yahoo that Riley, Harper, and Finley will inherit the estate.

Lisa Marie will be buried in Graceland “next to her beloved son Ben”, who committed suicide in 2020. She quietly sold her mansion in Calabasas, California, where he died months after the tragedy, as she reportedly “couldn’t set foot inside the home.” The singer-songwriter endured “suffocating and bottomless” pain following Ben’s death, and now her daughters are grappling with the same grief.

According to TMZ, the twins have been spending a lot of time at matriarch Priscilla Presley’s home in Los Angeles as they reportedly don’t want to go back home, where Lisa Marie went into cardiac arrest. Riley has reportedly been there and the family leans on each other for support. (A family representative did not respond to Yahoo’s request for comment.)

Lisa Marie went into cardiac arrest on January 12 at her home in Agoura Hills/Calabasas. Hours later, Priscilla confirmed “the devastating news” of her daughter’s death.

“She was the most passionate, strong and loving woman I’ve ever known,” said Priscilla. “We ask for privacy as we process this profound loss. Thank you for the love and prayers. No further comment will be made at this time.”

Police are looking for a gunman after a man was fatally...