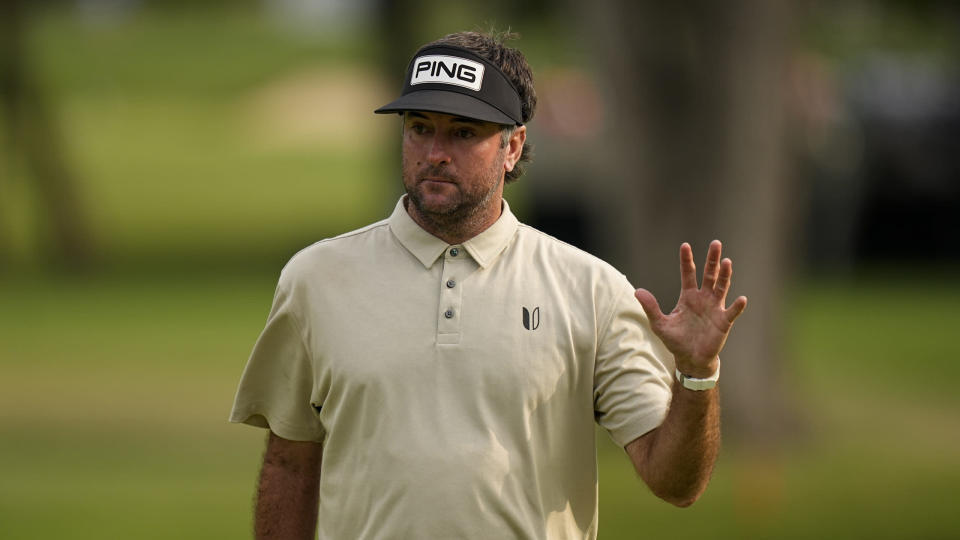 BEDMINSTER, NJ — LIV Golf now has a sixth Masters champion on its roster.

Watson has missed a lot of time this season with a torn meniscus and hasn’t won a win since the 2018 Travelers Championship. The 43-year-old has since fallen to number 86 in the Official World Golf Ranking. Watson will not play this year due to his injury and wants to “be 100%” before entering the league in 2023.

LIV Golf has long been criticized as a way for the Kingdom to sport-wash its human rights record. Saudi Arabia has been accused of large-scale human rights violations, including politically motivated killings, torture, enforced disappearances and inhumane treatment of detainees. And members of the royal family and the Saudi government were charged with involvement in the murder of Jamal Khashoggi, a Saudi journalist and Washington Post columnist.

“Yeah, it’s one of those things I like to travel and I wanted to go somewhere else. And in Saudi Arabia they are trying to change. They started women’s golf, they started supporting women’s golf and then they started supporting men’s golf,” Watson told Golf Magic in 2021 about the Saudi International event. “Again, you know, the charity dollars are the most important thing, so the more money I can get my hands on, the more I can give away. So it’s an honor and a privilege if they let me go there and play.”

Report: LIV Golf Draft Contract Outlines Everything From $1 Million Bonuses For Winning A Major To Interview And Dress Rules