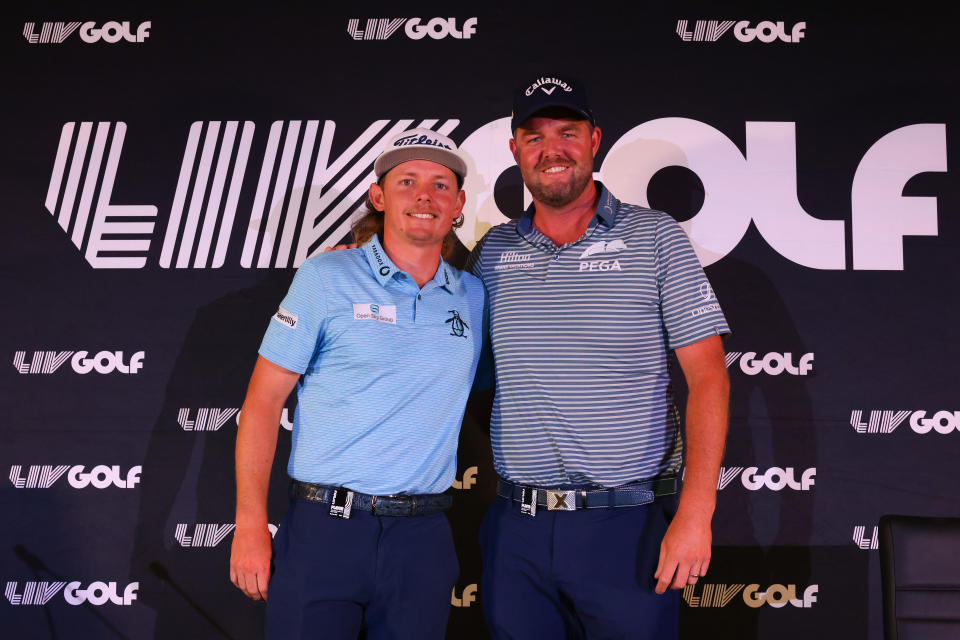 Cameron Smith and Marc Leishman got more than just a nice salary to leave the PGA Tour for LIV.

The Australian golfers were given a 25 percent stake in the Punch GC franchise, LIV chief executive Greg Norman told The Sydney Morning Herald this week. Smith, the winner of the 2022 Open Championship, is the first top-10 player to compete in the Saudi-backed golf series. LIV also reportedly paid Smith over $100 million.

“You have to think about it from Cam’s perspective, he completely understood one thing that other people have a hard time understanding: the value that LIV Golf provides, and that new value is the franchise,” Norman said. “… [Smith] sees the market that Australia presents and the market that, frankly, has been starved by high quality players and new value to the game of golf. The Presidents Cup comes in there once every seven to ten years, sucks the economy dry and then disappears.”

Bringing Smith and Leishman into the fold seems like a crucial marketing tactic for Norman to expand LIV around the world. The other two members of Punch GC, Wade Ormsby and Matt Jones, are also Australian and LIV plans to hold an event in their native country two weeks after the 2023 Masters. Norman also told the Herald that he had sent representatives to tour more than 20 courses in Australia. Gold Coast and Sydney are reportedly the top contenders, while Royal Sydney has already turned down LIV.

What’s next for LIV

LIV just closed its fourth event in Boston earlier this month — which was won by American golfer Dustin Johnson — and heads to Chicago this weekend before heading overseas to Bangkok, Thailand and Jeddah, Saudi Arabia in October.

The controversies surrounding LIV and its Saudi supporters are much documented, but the rival series is also quickly unraveling the game of golf itself. Players leaving for LIV will be banned from PGA Tour events and their ability to play in the majors remains a big question mark.

Norman, meanwhile, believes that those leading the majors should not bow to the will of the PGA when it comes to allowing LIV players to compete and should instead remain neutral in the battle between the two competing golf leagues. .

“If [the majors] banning players because of the PGA Tour, they don’t have the right to tell each of those majors what to do,” Norman told The Herald. “They’re independent organizations. Yes, certain members are on their board. I get it and I understand that. [But] if you were a broadcaster, you would question the value of your television investment if you didn’t have the strongest field in each of them. I hope they stay in Switzerland.”