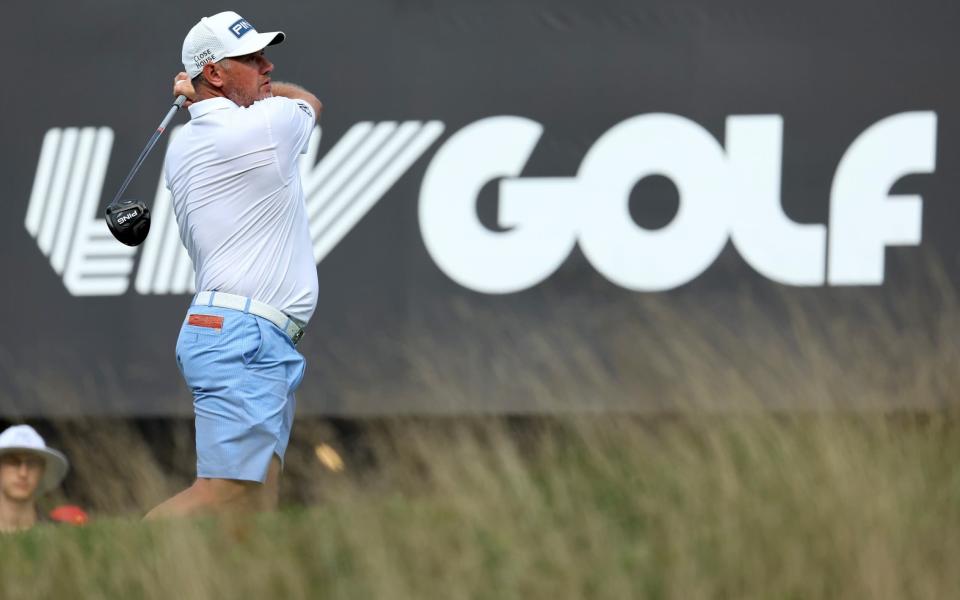 The tone was set for the DP World Tour’s flagship week at a tense AGM on Monday morning when the LIV rebels – including Lee Westwood, Ian Poulter and Sergio García – questioned chief executive Keith Pelley.

Eighteen players from the Saudi-funded series will play in the BMW PGA Championship at the West Course this week and, despite it only starting Thursday, they have already made their presence felt.

As Telegraph Sport revealed last week, the Tour anticipated awkward scenes when LIV Golf chartered a plane to fly through the night from Boston to ensure the golfers would be at the Wentworth clubhouse in time for the meeting.

The game didn’t end until just before midnight UK time at The International – with Dustin Johnson caving in from 40 feet for an eagle to take first place of $4 million and Westwood raising more than $1 million in fourth place – but there were them in Surrey just over 10 hours later.

Westwood, García, Poulter and others all challenged Pelley to reveal details of “the strategic alliance” with the PGA Tour, as well as issues such as potential sanctions that would face the LIV players after the U.S. circuit banned indefinitely.

ALSO READ  'Nice To Be A Part Of It': Why Annika Sorenstam Makes A Point To Attend ANNIKA Intercollegiate In Minnesota

However, Pelley was able to protect himself with the lawsuit set to take place in February, in which the renegades will seek to undo the $100,000 fines and suspensions issued by the DP World Tour – formerly the European Tour in June.

“KP hit well,” one Tour player told Telegraph Sport. “He stood his ground and handled it confidently. However, one LIV player had a different interpretation of the procedure.

“We didn’t get as many questions as we wanted and Keith kept saying that ‘we are in the middle of an ongoing lawsuit so I can’t answer you,'” the player told Telegraph Sport. “He also said the DP World Tour was a path to the PGA Tour, but he wouldn’t say a ‘feeder tour’. At least his answers are now in writing.”

Westwood declined to comment when asked for his opinion on the meeting, though he made clear his feelings about the closer ties to the PGA Tour in an interview with Golf Digest last week, especially with the new relationship involving the top 10 pros on the DP World Tour’s season-ending standings earn their PGA Tour tickets..

ALSO READ  Tano Goya one of many 18 holes away from PGA Tour dream on KFT Champ.

“I mean, what company or organization gives away its 10 best assets at the end of each year — especially to a rival or competitor?” said Westwood. “I am not convinced by the strategic alliance as I have seen how the PGA Tour has behaved over the years. There hasn’t been much ‘giving’. They’ve always been bullies… I’ve been telling Keith and other members of his council how this is all going for 12 months now. I told him it was a mistake to go to bed with the PGA Tour.”

Westwood and Co’s contention is that in 2021 the Tour should have accepted an offer from Saudi Arabia that they claim would have cost more than $1 billion and that the Wentworth headquarters could have been set up as serious rivals to the U.S. dominance.

Pelley, however, dismissed this and informed his members in June that “this was not a good deal materially for the European Tour” and that “the numbers were nowhere near what was reported in the media and in the players lounge.” gossiped in the past several months”. The argument has become increasingly personal and inevitably has fueled resentment on both sides.

Many in the loyalist locker room are angry that the LIV players have decided to show up at the $8 million event in Wentworth, ripping off less-seeded colleagues. Fourteen days ago, Rory McIlroy said he would “have a hard time digesting” when he called the Wentworth and Matt Fitzpatrick rebels “awkward, a little weird and disappointing.”

On Sunday, Paul McGinley, the former Ryder Cup captain and member of the Tour board, claimed in an interview that “no golfer on the European tour wants the LIV players involved in our tournaments,” although after Gonzalo Fernández-Castaño, the seven-time Tour winner, took to Twitter to object to that comment, obliging him to clarify that he meant “every player from the past and present I’ve spoken to”.

Tensions are high and events at the AGM will only fuel the enmity. Westwood and Co have been barred from appearing in Wednesday’s pro-am and will not be among the featured groups on TV. They view this as needless disdain and have vowed to face Pelley again at Tuesday night’s players’ meeting.

“Keith has said he will spend the hour answering questions about the ‘strategic alliance’ and LIV and other concerns,” an insider said. “The rebels may find it easier to search for their answers in that less formal setting. It has to be even tougher.”

Presidents Cup: What you missed from the foursome on Saturday morning when Internationals split the session