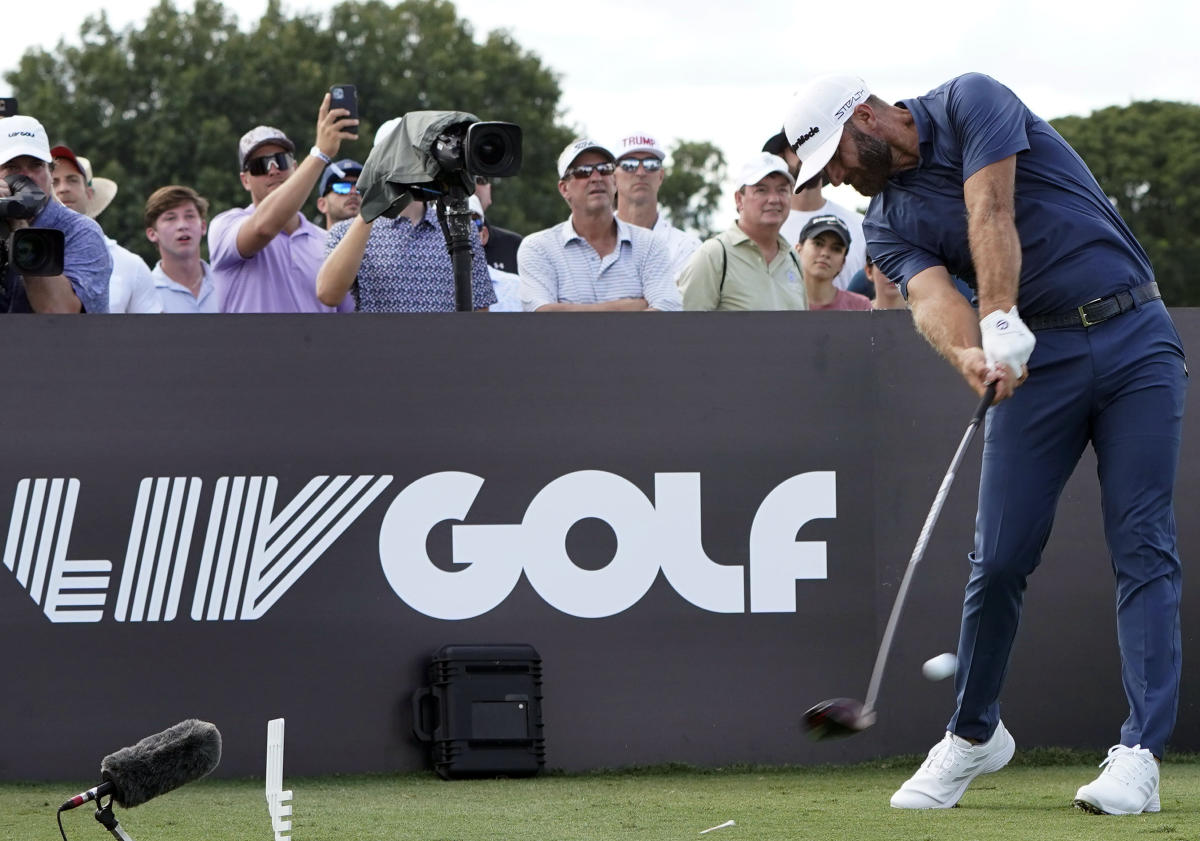 The second year of Saudi-funded LIV Golf will go to three courses owned by former President Donald Trump as part of a 14-event schedule in 2023, according to a report from SI.com.

The report said LIV Golf had announced its schedule, though the LIV website only said a full schedule would be coming soon. The rival league previously said it would open its season Feb. 24-26 at Mexico’s Mayakoba golf resort, which previously hosted a PGA Tour stop.

LIV Golf did not immediately respond to an email requesting comment.

Meanwhile in the UK, The Daily Telegraph quoted European tour CEO Keith Pelley as saying that he and PGA Tour Commissioner Jay Monahan, as Official World Golf Ranking board members, have withdrawn from any discussion of whether LIV Golf will score points on the world ranking should receive.

The PGA Tour confirmed that Monahan was not part of the December board meeting that dealt with LIV’s status. It typically takes a year for a new circuit to become part of the OWGR system, and LIV Golf’s competition of 54-hole events without cuts does not meet some of the OWGR guidelines.

LIV Golf had previously announced seven venues, including four previously used on the PGA Tour or European tour – Mayakoba, The Gallery on Dove Mountain north of Tucson, Arizona; The Greenbrier in West Virginia; and Valderrama in Spain.

Trump’s Bedminster and Doral courses were scheduled last year, as were Centurion outside London and Rich Harvest Farms in the Chicago suburbs. Last year’s schedule is missing a stop outside of Boston.

ALSO READ  McConnell: Solution to US debt limit must come from Biden, McCarthy

SI.com also reported that Majed Al-Sorour, the general manager of LIV Golf and CEO of the Saudi Gulf Federation, is stepping down from his position but will still sit on the LIV board. Al-Sorour was seen as one of the key negotiators in signing players.

Greg Norman, LIV Golf’s CEO and commissioner, had pushed strongly last year for Pelley and Monahan to back out of the OWGR decision on whether the rival circuit should be awarded ranking points.

Pelley said he, Monahan and Keith Waters – a longtime European tour manager who represents the International Federation of PGA Tours on the OWGR board – stepped down.

That leaves only the leaders of the four majors – Augusta National Golf Club, the US Golf Association, Royal & Ancient and PGA of America – along with OWGR President Peter Dawson to decide on LIV.

“I have not looked at the LIV application and I have not expressed my opinion on any application I have not seen,” Pelley told The Telegraph. “So as far as LIV is concerned, we are not involved and have no influence or control over what happens.”

The developments come a week after LIV Golf announced a television partnership with The CW, with weekend rounds televised in the US and Friday round available on the network’s app.

The Bharat Express News - February 6, 2023 0
Finland will soon witness the first signs of spring, thanks to the warm Föhn winds blowing into the country.Finland celebrates National Sámi Day on...