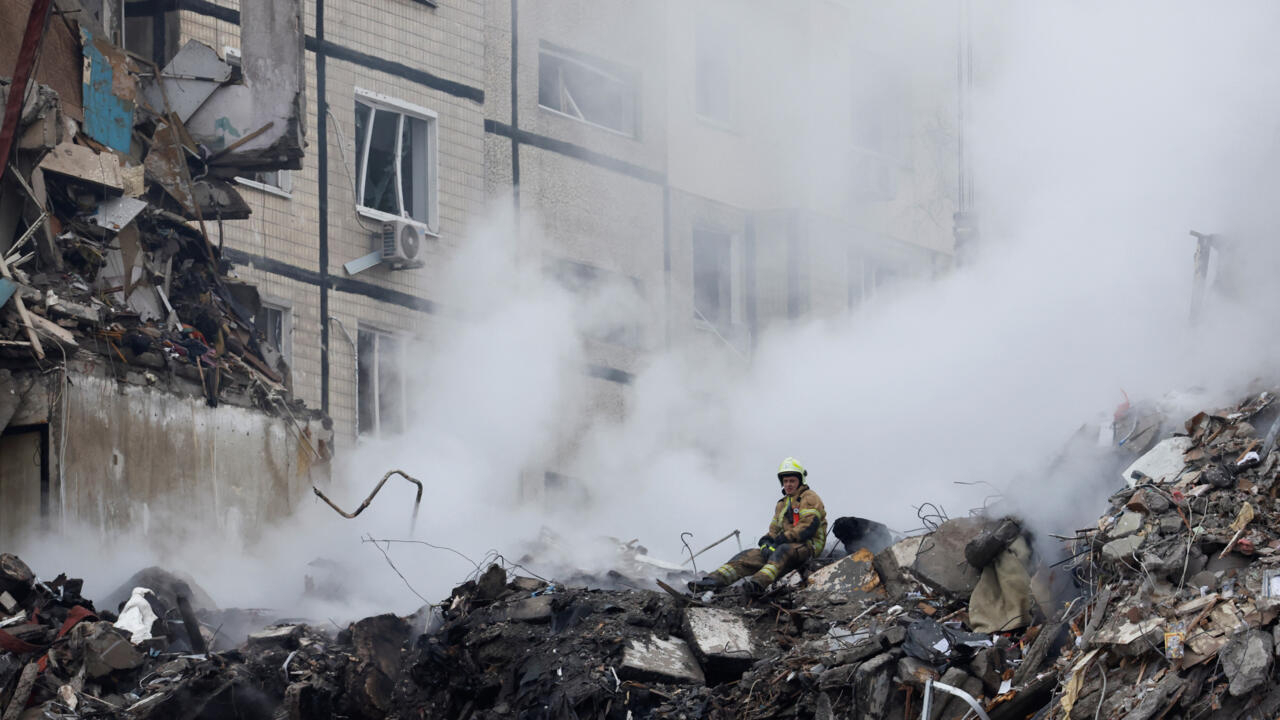 The death toll rose to at least 20 on Sunday after an attack on a residential building in Dnipro Saturday, a city in central-eastern Ukraine, Ukraine’s regional governor said. Follow TBEN’s live blog for the latest developments. All times are Paris time (GMT+1).

09:03 am: Toll from strike on tower block in Dnipro rises to 20, Ukrainian official says

The death toll rose to at least 20 on Sunday after an attack on a residential building in Dnipro Saturday, a city in central-eastern Ukraine, Ukraine’s regional governor said.

“Twenty innocent victims…” Dnipropetrovsk governor Valentyn Reznichenko said on the messaging app Telegram, after posting that 73 were injured and that “the rescue operation continues. The fate of more than 40 people remains unknown.”

The pledge saw a swift reaction from Russia, which warned it would only “intensify” the conflict. “Bringing tanks into the conflict zone will not bring hostilities to an end, but will only intensify combat operations and increase casualties, including among the civilian population,” the Russian embassy in the UK said.

Sunak said the tanks were a sign of “the United Kingdom’s ambition to step up our support for Ukraine,” according to a telephone conversation with Ukrainian President Volodymyr Zelensky. Ukraine’s European allies have sent Kiev more than 300 modernized Soviet tanks since Russia invaded in February 2022. But they have so far waited to send the Western-made heavy tanks that Ukraine has repeatedly asked to advance against Russian invaders.