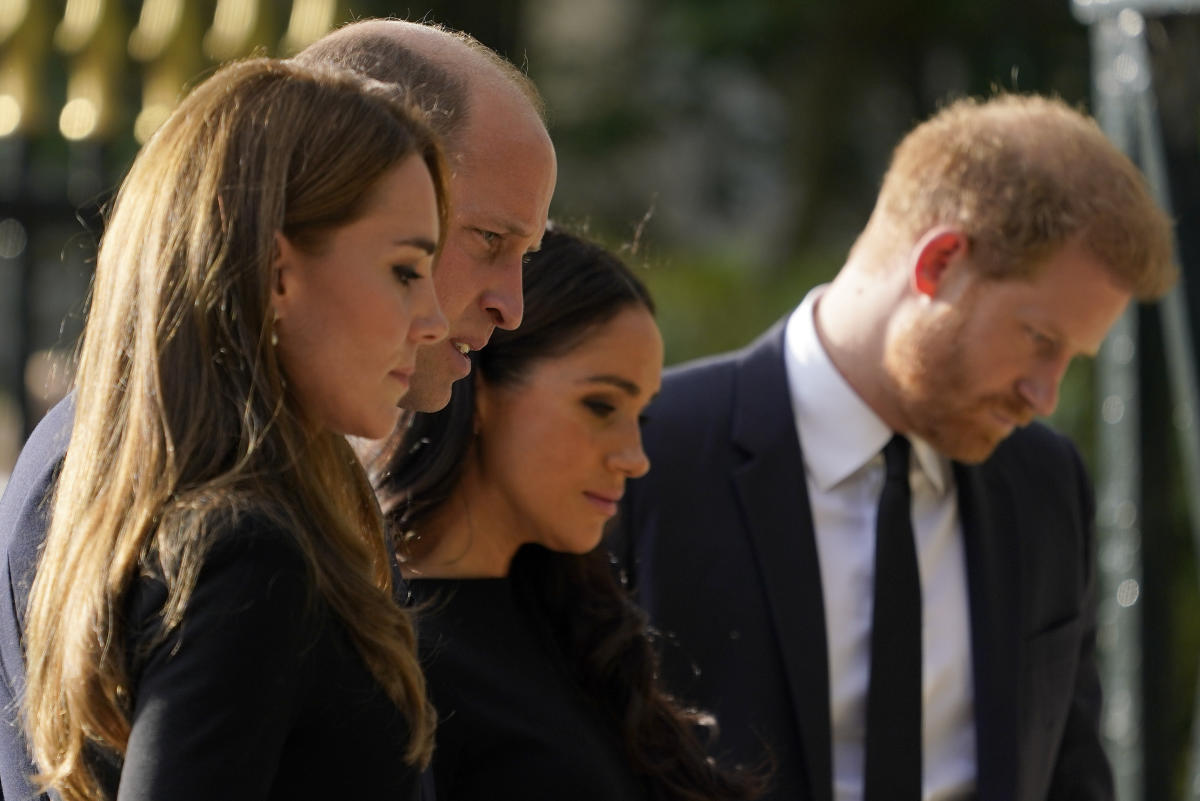 LONDON – In a first official statement since the Queen’s death, her grandson Prince Harry has hailed her as a “guiding compass” and praised her “unshakable grace and dignity.

The personal statement, posted Monday on the Archwell website of Harry and his wife Meghan, said he cherished their time together “from my earliest childhood memories with you, to the first time I met you as my commander in chief, to the first moment you met my dear wife and embraced your beloved great-grandchildren.”

Harry retired as senior royal and moved to the US two years ago. On Saturday, he and Meghan joined his brother Prince William and wife Catherine in a meeting with mourners outside Windsor Castle.

— People who want to pay their last respects to queen have to wait a long time, strict rules

— For Queen Elizabeth II, the Balmoral Estate was the place to be ‘normal’

— What is the future for the UK after Queen Elizabeth II is laid to rest?

— What will happen to all the currencies in which the queen appears?

— The Queen, as imagined — from punk rock to mystery novels

WELLINGTON, New Zealand – New Zealand has announced that it will mark the death of Queen Elizabeth II with a public holiday on September 26.

The nation will also hold a state memorial in the capital Wellington on the same day. Prime Minister Jacinda Ardern said Elizabeth was an extraordinary person and many people would appreciate the opportunity to commemorate her death and celebrate her life.

“As Queen of New Zealand and a beloved sovereign for more than 70 years, it is fitting that we mark her life of devoted public service with a state memorial and a one-time public holiday,” Ardern said.

She also said she would be leaving for Britain this week to attend Elizabeth’s funeral.

The White House said Sunday that the president will be accompanied by First Lady Jill Biden. The service will be held on September 19.

Earlier in the day, Biden recalled the words of comfort the late monarch had given to the United States after the September 11 attacks.

“Grief is the price we pay for love,” Biden said, quoting part of the Queen’s message to America during comments about the 21st anniversary of the attacks.

At a memorial service at the Pentagon, Biden said the Queen’s words are still as poignant as they were 21 years ago, but the weight of the loss also remains heavy.

“On this day, the award feels so great,” Biden said.

On Sunday, two minutes of silence were observed in Doncaster. A video was then played on the Queen’s big screens at various races over the years, along with some of her greatest triumphs as a racehorse owner.

Horse racing was the Queen’s great sporting fascination, which became one of the biggest faces of the sport both in Britain and worldwide, with over 1,800 winners.

“No one has ever done, or ever will, so much for horse racing as Her Majesty the Queen,” narrator Brough Scott, a former jockey turned TV host, said during the video. “The sport worldwide will forever be in her debt.”

It was followed by a long ovation from the jockeys and officials who lined up for the tribute ceremony.