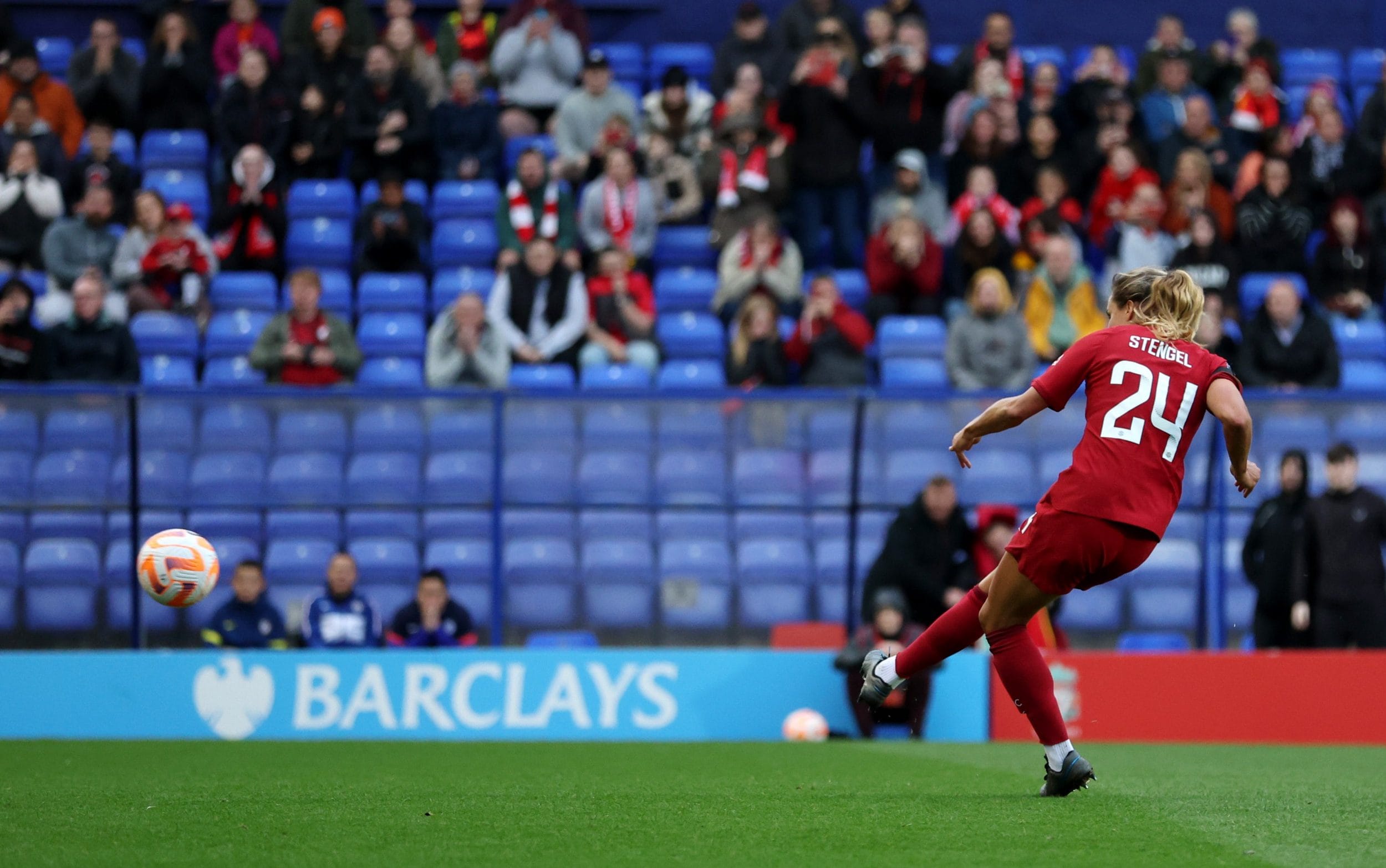 Newly promoted Liverpool underlined their peak performance with a shocking win over defending champions Chelsea to cause a big surprise on the opening weekend of the Women’s Super League season.

Two penalties from Katie Stengel saw the newcomers to the league put up a stunning battle to win a statement from a lackluster Chelsea side in front of a record 3,006 crowd at their home in Prenton Park.

Stengel, a 30-year-old American striker who made her WSL debut, canceled Fran Kirby’s goal in the third minute with a penalty of his own after Millie Bright was dealt in the penalty area. She controlled her nerves to convert again from the spot after Kadeisha Buchanan clattered into her five minutes before time as Chelsea’s title defense got off to the worst possible start.

ALSO READ  Queen's Funeral Guest List: Who's Invited and Who's Not?

It was the perfect way for Liverpool to celebrate their return to the WSL under manager Matt Beard, who sent the Reds to consecutive titles in 2013 and 2014.

“It’s great that we started with three points at home; this was a fortress for us last year and we made it uncomfortable and difficult for Chelsea today,” a delighted Beard told Sky Sports. “Chelsea like to play through and then around, so we stopped that [from] happen, and we knew we could injure them in the counterattack. Fortunately for us, it paid off.”