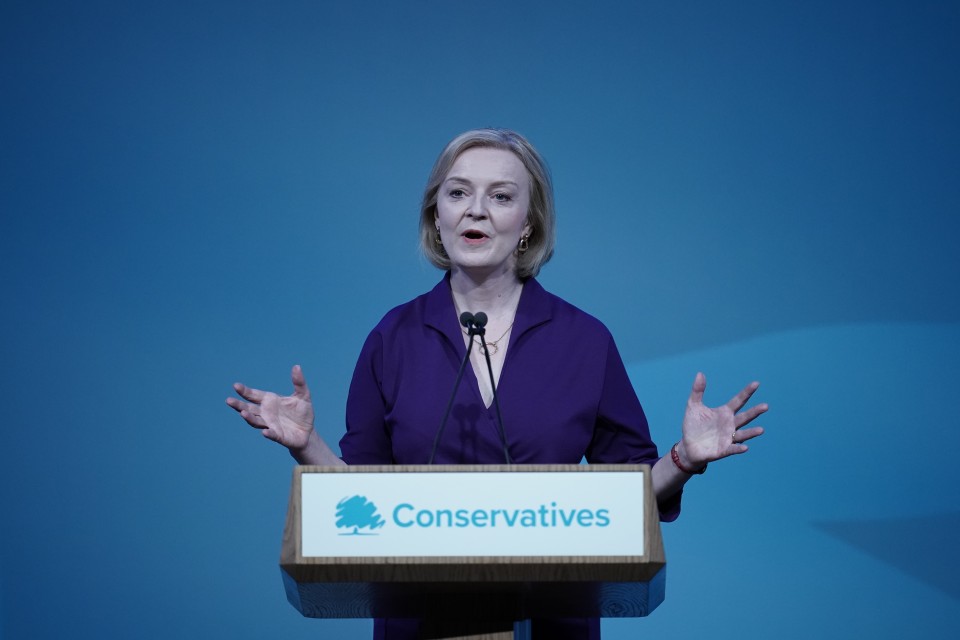 Britain’s Foreign Secretary Liz Truss was named the new leader of the ruling Conservative Party and thus the next Prime Minister on Monday, beating her rival Rishi Sunak, a former Chancellor of the Exchequer.

Truss, 47, will be formally appointed by Queen Elizabeth on Tuesday after gaining 57.4 percent of the party members’ vote against Sunak’s 42.6 percent. In total, 172,437 members cast their votes.

Truss will replace Prime Minister Boris Johnson, who decided to resign in July after a spate of ministerial resignations, including that of Sunak, sparked by a series of scandals that cast doubt on his integrity.

British Foreign Secretary Liz Truss speaks after she was appointed as the new leader of the Conservative Party in London on 5 September 2022. (Getty/TBEN)

After her win, Truss said, “I will make a bold plan to cut taxes and grow our economy. I will deliver on the energy crisis, tackle people’s energy bills, but also solve the long-term problems we have with the energy supply.”

In tribute to her former boss, she said: “I want to thank our outgoing leader, my friend, Boris Johnson. Boris, you did Brexit, you crushed Jeremy Corbyn (a former opposition leader), you rolled out the vaccine and you came up against (Russian President) Vladimir Putin.”

The Foreign Secretary, who will soon become Britain’s third female Prime Minister, is well known in the Indo-Pacific region and has built up many contacts during her previous role as Minister of International Trade.

She has been a strong supporter of maintaining a free and open Indo-Pacific and has opposed China attempting to change the status quo by force and coercion in the region.

Truss, who is considered one of the right-wingers of her party, has met with Japanese ministers on many occasions and praised the closer working relationship that has developed between the two countries in recent years, particularly in the areas of trade and defense.

The following year, she started negotiations for Britain to join the Trans-Pacific Partnership.

On the foreign policy side, most commentators think Truss will broadly uphold the stance of her predecessor, who was a passionate advocate of Ukraine’s defense against Russian aggression.

ALSO READ  US and Japan plan to hold a summit on the sidelines of the UN assembly in September.

She doesn’t shy away from comparisons with former British Prime Minister Margaret Thatcher, but is likely to maintain close ties to Washington.

And on China, Truss spoke loudly during the six-week election, calling on the West to learn lessons from Ukraine and help Taiwan defend itself against a potential Chinese invasion.

She also said that while she would not describe Chinese President Xi Jinping as an “enemy”, she was concerned about China’s “assertiveness”.

Analysts say Britain’s strategy to increase its naval presence in the Indo-Pacific is unlikely to change significantly, but economic pressures from the war in Ukraine could affect British resources sent to the region.

Still, Truss has committed to increasing defense spending to 3 percent of gross domestic product by 2030, with a particular emphasis on increasing intelligence capacity.

Truss is likely to maintain a frosty relationship with the European Union due to ongoing disputes over post-Brexit trade arrangements in Northern Ireland.

Educated at the University of Oxford and joined the House of Commons in 2010, Truss has slowly risen through the ranks and held several cabinet positions before becoming Secretary of State.

Truss’ leadership campaign won many members with a right-wing agenda of tax cuts and deregulation.

In contrast, Sunak, a former financier, advocated a more cautious approach to the economy, arguing that immediate tax cuts could lead to higher inflation.

Steven Fielding, a professor of political history at the University of Nottingham, declared the win, saying: “Among Conservative party members there is a strong feeling that Johnson was unfairly fired by members of parliament.”

“And the fact that Truss remained in the cabinet until the end was important to certain members of the Conservative Party who saw Sunak’s resignation as a kind of betrayal,” Fielding told TBEN News. “She came across as loyal.”

He noted that Truss was also very responsive to members’ “prejudice” about tax cuts.

The pressure will now be on Truss to come up with an emergency budget to counter rising energy prices.

The main opposition Labor party now enjoys a double lead in opinion polls over the Conservatives.