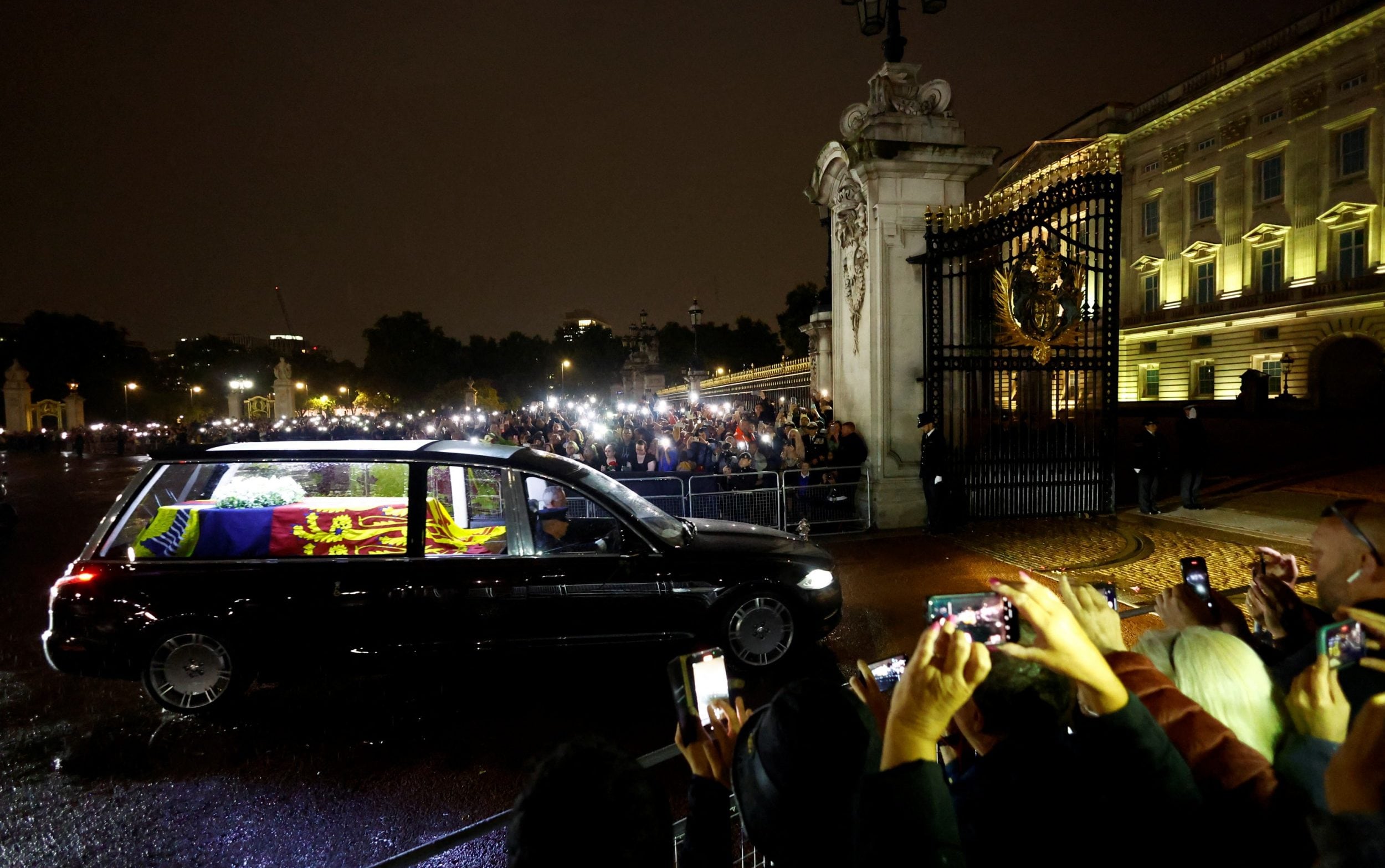 The brothers are joined by their cousin Peter Phillips, Vice Admiral Sir Timothy Laurence, the Duke of Gloucester and the Earl of Snowdon.

The Queen Consort, Princess of Wales, Duchess of Sussex and Countess of Wessex will travel to Westminster by car.

It will be the first time the grandchildren of the late Queen and their husbands participate in the ceremonial mourning.

At Westminster Hall, Elizabeth II will remain in state until the morning of her funeral on Monday, with an almost constant stream of members of the public passing her casket.

As many as 400,000 people are expected, amid growing concerns that the predicted five-mile queues requiring 30 hours of waiting will prevent children and the elderly from playing their small part in history.

On Tuesday, the Princess Royal accompanied her mother on her last flight, departing at 5:42 p.m. in an RAF Globemaster C-17 military transport aircraft from Edinburgh to West London, as the Queen left Scotland for the last time.

The princess said it was an “honor and a privilege to accompany her on her last journeys” as she was with the queen for the last 24 hours of her life.

“Witnessing the love and respect so many have shown on these journeys has been both humbling and uplifting,” she said.

Hundreds of thousands of people in Scotland appeared to pay their personal respects, with 33,000 people queuing up to 12 noon to walk past as the Queen lay at rest in St Giles’s Cathedral and lining the streets.

At 4.20pm on Tuesday, to the sound of a lone bagpiper, the coffin from the cathedral was carried to the waiting hearse, followed by soldiers from the Royal Regiment of Scotland.

Members of the public lined the roads leading to the airport, some taking off their hats as the hearse passed them, others watching in silence or filming on their cell phones scenes that encapsulate mourning in modern times.

At Edinburgh Airport, a guard of honor of three officers and 101 privates was formed by The Royal Regiment of Scotland, with a batch of bearer aircraft provided by the Queen’s Color Squadron, Royal Air Force.

The plane, recently used for Operation Pitting to evacuate thousands of people fleeing the Taliban, took off at 5:42 p.m.