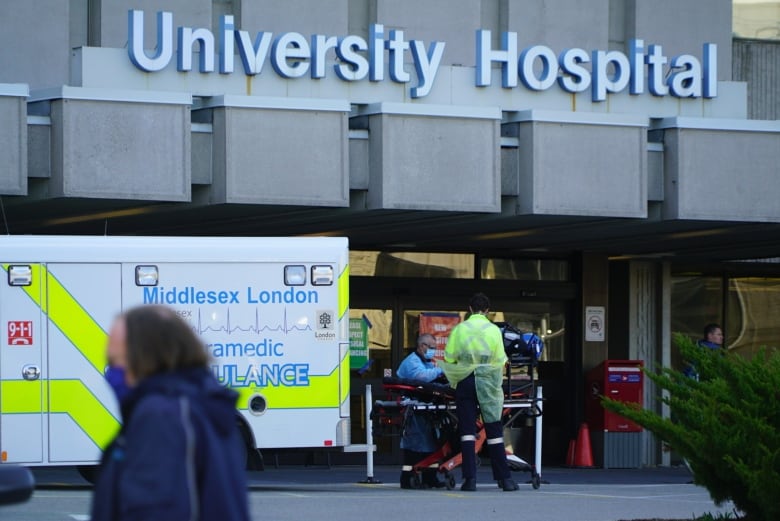 Paul Woods, who was fired on Monday as president and CEO of the London Health Sciences Center (LHSC), has filed a $ 2.5 million lawsuit against LHSC, saying he was fired in bad faith and that he had informed Board Chair Amy Walby of her trip to the United States since March of last year, notifying her first in June and then twice thereafter.

The lawsuit filed Wednesday seeks $ 1 million in general damages for “loss of reputation,” plus $ 1.4 million in salary, pension and benefits in her contract, which was due to expire in January 2023. The The claim also asks the LHSC for $ 100,000, according to the hospital violated sections of the Ontario Human Rights Code in the way Woods was fired.

The statement includes allegations that have yet to be proven in court and it is not yet clear whether LHSC has filed a statement of defense. LHSC, which operates London’s largest hospital and employs 15,000 people, has not yet responded to a request for comment on the lawsuit.

Woods’ firing was announced publicly Monday after LHSC revealed on Friday that he had visited the United States five times since March, despite the federal government’s recommendation against non-essential cross-border travel as part of measures to curb the spread of COVID-19.

On Friday, the board of directors said in a statement that it continued to support the CEO’s leadership and that it “knew that Dr. Woods continued to travel for personal reasons given the separation from his immediate family.”

In a statement announcing his dismissal on Monday, LHSC said “he had not been notified in advance and has not approved his trip outside of Canada.”

Complaint quotes emails with the chairman of the board

According to this allegation, Woods, a Canadian citizen who holds permanent resident status in the United States, was traveling to visit his daughter and fiancee in Michigan because he had no immediate family in London and that the restrictions on travel to the United States “imposed significant hardship” on him.

The claim states that on June 16, Woods discussed the situation with Walby and Nickle and emailed Walby. The complaint states that Walby responded with an email that said, “Thank you for being made aware of your need to travel to the United States and the plan to self-isolate if necessary thereafter, and I am convinced that this fits into the existing policy concerning the WFH [Work from Home] for leaders. “

An August 5 email from Woods to Walby cited in the complaint says Woods informed her of her need to work remotely in part because travel restrictions prevent her fiancee, a U.S. citizen, from coming to London.

In the email, Woods admits that there may be “optical issues” and asks, “Should I bring this to Council?”

The statement quotes an email Walby sent Woods the next day, August 6, authorizing him to travel to the United States. As for board approval, Woods says Walby told him this in an email, “I support what you need to do about this. I don’t think the board needs to approve, but we can give them a warning. “

According to Woods, the January 11 statement was “inaccurate and defamatory.”

He also states that Woods was following Walby’s advice and that she was suggesting that no further approvals were needed.

According to Woods ‘claim, Walby “took the initiative to speak on behalf of the Board of Dr. Woods’ planned trip. She informed him that he did not need to seek his approval. She took it upon herself to ‘approve her plans. At no point did she indicate to Dr. Woods, who let her and the board know that any further approval process was necessary. “

Woods’s statement indicates that the LHSC Board of Directors’ media statement on January 11 left the impression that Woods was not forthright about his trip and “knowingly and deliberately created that impression in an attempt to to save critics, while falsely attempting to shift blame and responsibility onto Dr. Les bois. “