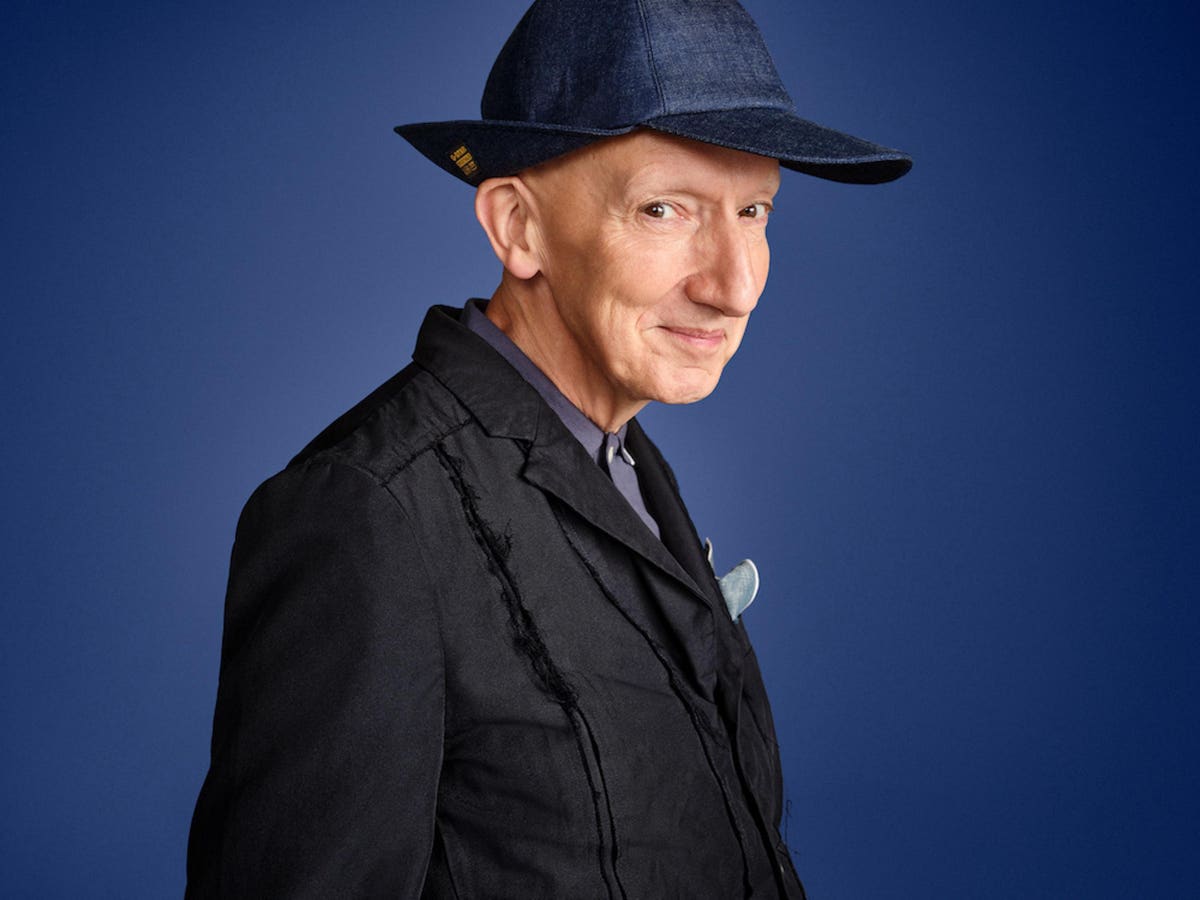 Stephen Jones is a master fashion man and is considered one of the best in the world. This refined and highly skilled craft is sought after by discerning celebrities and royalty from around the world. Fans of Jones include Lady Gaga, Rhianna, Christina Aguilera, Megan Thee Stallion, Madonna and Mick Jagger.

To the uninitiated, millinery is the art of making hats, and Stephen Jones’ talents in the field were recognized by the late Queen Elizabeth II, who awarded him an OBE in 2010 for his services to the fashion industry.

In 2019, Jones was appointed Artistic Director of Hats at Christian Dior. The title came after a steady and illustrious career working with the world’s foremost houses and designers, namely John Galliano, Jean Paul Gaultier, Vivienne Westwood Thierry Mugler and Thom Browne. Jones was also a favorite for Diana, the Princess of Wales.

This week marks the launch of Jones’ latest collection through an unorthodox collaboration with one of the world’s leading apparel pioneers: Stephen Jones has teamed up with G-Star – famed for its denim – to create an innovative capsule collection of headwear.

Two ready-made hats complete the collection, inspired by classic streetwear styles that are popular worldwide: the bucket hat and the baseball hat. Both limited-edition ready-made pieces will be available on December 1st via g-star.com.

We spoke to the Liverpool-born milliner about what makes London his personal pride of Britain and his home which he calls ‘London town’.

London has long been one of the fashion capitals of the world. Why do you think the city has retained this decades-old status?

What is your favorite hidden gem in London that gives you peace of mind?

The lake in Battersea Park where I run every morning.

Your studio is located in Covent Garden. Tell us one thing about the neighborhood that even Londoners wouldn’t know?

Hidden away in Covent Garden, there’s a workshop that makes some of the most beautiful hats in the world and they don’t realize it. They produce in the West End, which nobody does. I knew Covent Garden in the 1970’s when it was completely boarded up and the whole area was due to be demolished.

When you’re not working, what’s your favorite pastime in the city?

I love visiting incredible cultural institutions. But I prefer to have a picnic in Queen Mary’s rose garden on a summer evening.

There are reports that you visited the legendary Blitz nightclub in London in the 1980s. What do you miss most about that time?

To begin with, I don’t miss my childhood. What I do miss is the freedom of the unknown.

What souvenir would you recommend to a first-time visitor to London to take home?

A British kiss, because it tastes surprisingly good.

If a stay in London is not on the agenda, where are your favorite destinations to travel to?

I like to travel abroad. My particular favorites are Italy, California and Sri Lanka.

You are an OBE honoree. What is your fondest memory of HRH Queen Elizabeth II?

My fondest memory is the combination of her hats and that voice. It’s so individual and so relatable.

What attracted you most to working with G-Star on a haute denim capsule collection?

What attracted me the most is because what they do is the opposite of what I do, which is why it would be an intriguing design challenge. Maybe I would teach them something, but maybe I would also learn something.