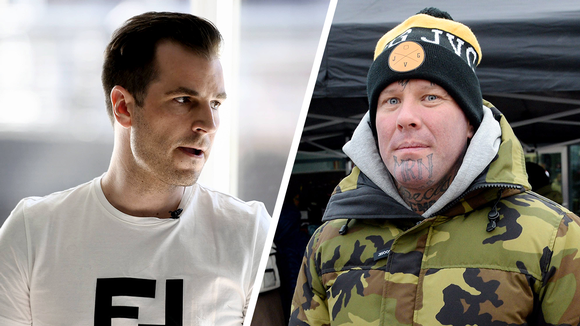 The Helsinki District Court on Thursday handed down verdicts in an unusually large drug case.

The court sentenced the main perpetrators of the so-called Katiska drug network, Niko Ranta-aho and Janne Tranberg, to more than 10 years in prison for serious drug offenses and other charges.

The case was one of the largest drug investigations in Finnish history, involving the Cannonball and Hells Angels motorcycle gangs and an array of celebrities.

The prosecutor had demanded 13-year sentences for the two main defendants, the longest possible jail term for drug offenses in Finland.

However, the court toned down Ranta-aho’s verdict as he confessed to being guilty and helped police find several drug caches.

Tranberg’s verdict, in turn, was affected by his previous imprisonment. Tranberg, the former leader of the Cannonball motorcycle gang who was arrested in Spain at the end of 2019, is already serving a sentence of almost three years for tax evasion and money laundering.

A total of 53 people were charged in the Katiska case.

Among other respondents who committed serious drug offenses, Krister Wallend and Scott Hendry were sentenced to 10 years, former Cannonball executive Ari Ronkainen at 9 and a half, Juho kieloniemi at 9 years 4 months, Matias palmroth at a little over 9 years old, and Oscar Fagerström and Jarkko Hietikko to 8 years in prison.

Three other men were sentenced to 5 to 6 years in prison for various drug offenses.

Racing sailor and businessman Janne Järvinen was convicted of aiding and abetting to commit an aggravated drug and money laundering offense. He was sentenced to two and a half years in prison. Last Friday, Järvinen and his co-sailor earned Finland a spot in the Nacra 17 sailing class at the Tokyo Olympics.

Samu Haber, lead singer of internationally successful pop-rock group Sunrise Avenue, was fined 10 days for drug use. He admitted to using cocaine at the 2019 Ruisrock festival.

Charges against a Hell’s Angels president, including two drug offenses, have been dismissed.

The court found that the drug, doping and smuggling network operated mainly between Finland and Spain’s Costa del Sol between 2017 and 2019.

In terms of the amount of drugs and the benefits involved, this was one of the biggest drug cases in Finnish history. Police estimated last year that the ring brought in more than 10 million euros in profit.

The sentences are not final, as some defendants are likely to bring them before the Court of Appeal.

Police codenamed the case “Katiska” (“Fish Trap”) after Katiskapolku, a small alley in Vuosaari, east Helsinki, where a victim was found stabbed on Christmas morning 2018 A search of a nearby row house revealed large amounts of drugs, triggering the multi-year investigation.