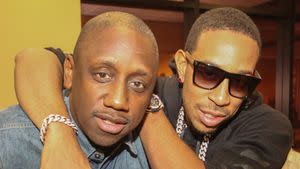 Channel 2 Action News has learned that Chaka Zulu, a longtime manager of rapper Ludacris and co-founder of the record label Disturbing Tha Peace, has been charged with murder and a list of other charges.

Channel 2 Michael Seiden spoke to officials who confirmed these allegations stem from a June 26 shooting incident that took place outside his Buckhead restaurant, Apt4B.

ALSO READ  Man shows off stolen weapons to friend, who then turns him in for reward money, FBI says

In the June incident, Zulu, whose real name is Ahmed Obafemi, was one of three people shot in the parking lot.

One person was killed in the shooting and Obafemi and another person were hospitalized.

Police said there appears to have been an argument or altercation and the victims were shot in the mall’s parking lot.

Obafemi surrendered to authorities on September 13 and evicted the same day.

Obafemi is also charged with aggravated assault, firearms possession while committing a crime and simple battery, according to prison records.

In January, the Atlanta Hawks honored Zulu for his community service and praised him for being a positive leader in metro Atlanta.

This story is evolving.