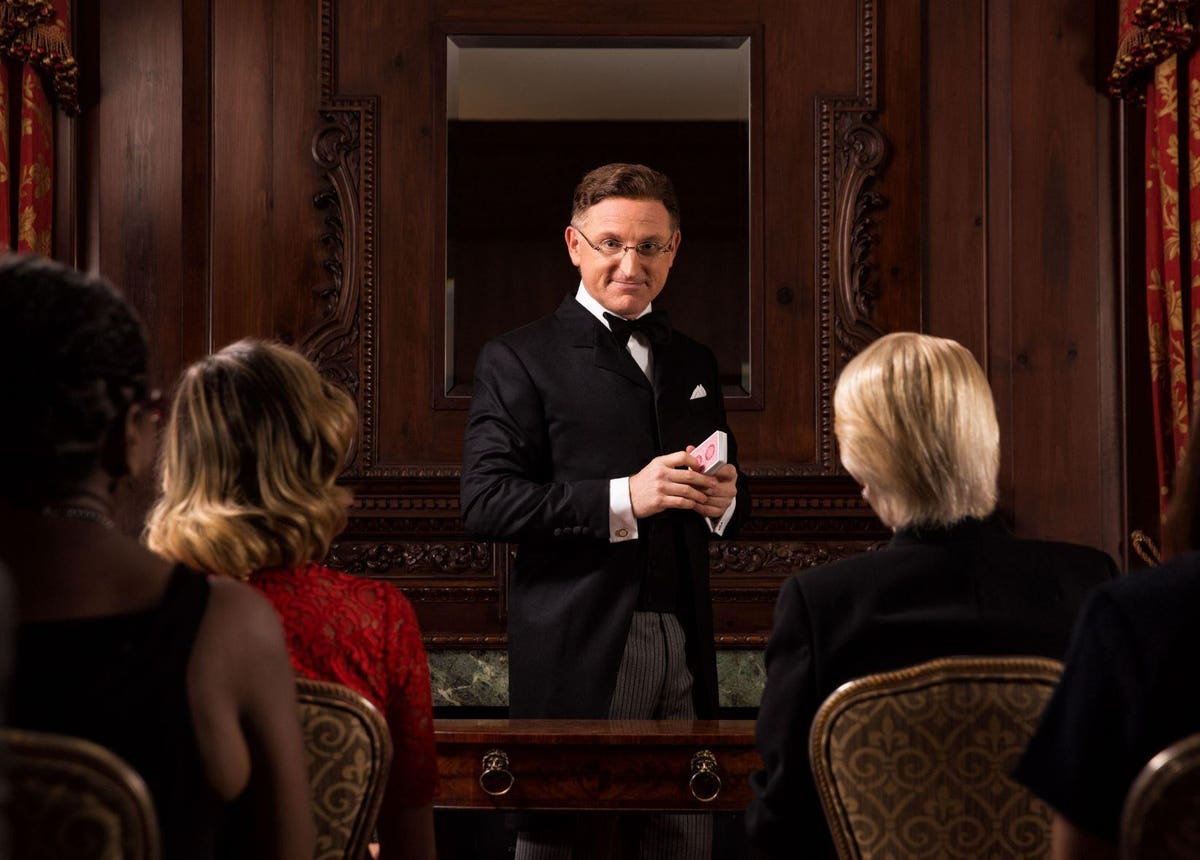 It’s finally time to get out of those yoga pants, find a cocktail dress and shirt and have a smashing night on the town. If you are planning a visit to New York City, enjoy a very special evening with magician Steve Cohen at the Lotte New York Palace. The hotel itself is steeped in a glamorous history. Part of the hotel was the Villard House, designed in the 1880s by McKim, Mead & While, and is now where you can enjoy a $250 martini and splurge on a $15,000-a-night suite.

ALSO READ  US travel to Australia begins to boomerang

Cohen explains that he’s trying to recreate the atmosphere of an earlier era, long before we had cell phones, Netflix, and even the radio to keep us entertained. At the turn of the century, wealthy patrons invited entertainers, including magicians, to their homes for an intimate evening of fun where guests were only a few feet away from the action. The show, titled ‘Chamber Magic’, tries to create a similar atmosphere and takes place in a salon within the hotel and is limited to just 64 guests. (Guests are encouraged to arrive in cocktail attire, and most do). Audience members are encouraged to get closer when needed and Cohen does a great job of getting just about everyone involved in the action.

This show consists of numerous magic tricks, some with well-known historical pedigrees. Guests may be amazed at card tricks, telepathic wonders (how did he know the name of that woman’s dog?) poured from a very special teapot. Guests are dazzled for an hour and a half by magical feats with names like “Marco Polo’s Discovery,” “Mental Map,” and “Unseen Forces.” Magic lovers are encouraged to linger after the show for photos and to ask questions. Anything but “How do you do that?” is fair game. The best part – besides the audience’s astonished look – is the fact that everyone is grinning broadly as Cohen works his magic in the funniest way possible.

The salon at the Lotte New York Palace is the perfect place for the show. However, if you would like to have a private magic show, Steve Cohen can also arrange a performance at your home for $50,000. You can then join other notables he has entertained including: Warren Buffett, Buzz Aldrin, Tracy Morgan, Martha Stewart and the Queen of Morocco. Either way, your experience will be magical.