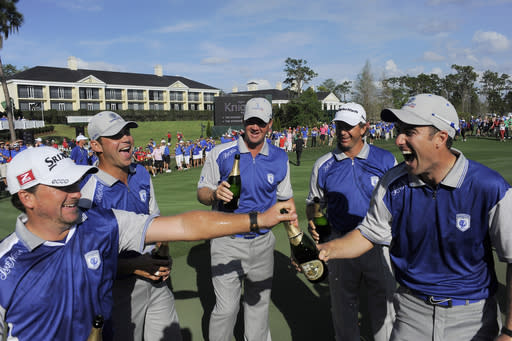 The Gainbridge LPGA, which will be played February 25-28, is in its second year. It was played last year at the Boca Rio Golf Club in Boca Raton.

Lake Nona has welcomed several top players to Florida over the years, including Annika Sorenstam, Graeme McDowell and Ian Poulter. It recently hosted the Tavistock Cup, a club competition between Lake Nona and Isleworth, and it was there that Davis Love III and Fred Couples won the World Cup of Golf in 1993.

ALSO READ  Another tournament in Hawaii, a new start for most players

He also has some LPGA history, hosting the first Solheim Cup in 1990.

The tournament will feature a 120-player field and a $ 2 million purse.

Ten years ago, the LPGA Tour had only one tournament in Florida, the end-of-season title holders at the Grand Cypress in Orlando. It now has five tournaments, starting with the Diamond Resorts Tournament of Champions which opens next week in Orlando.

This will be followed by the Gainbridge LPGA, the Drive On Championship at Golden Ocala March 4-7, then back-to-back weeks to end the season at the Pelican Women’s Championship outside of Tampa November 11-14 and the CME Group Tour Championship. in Naples.