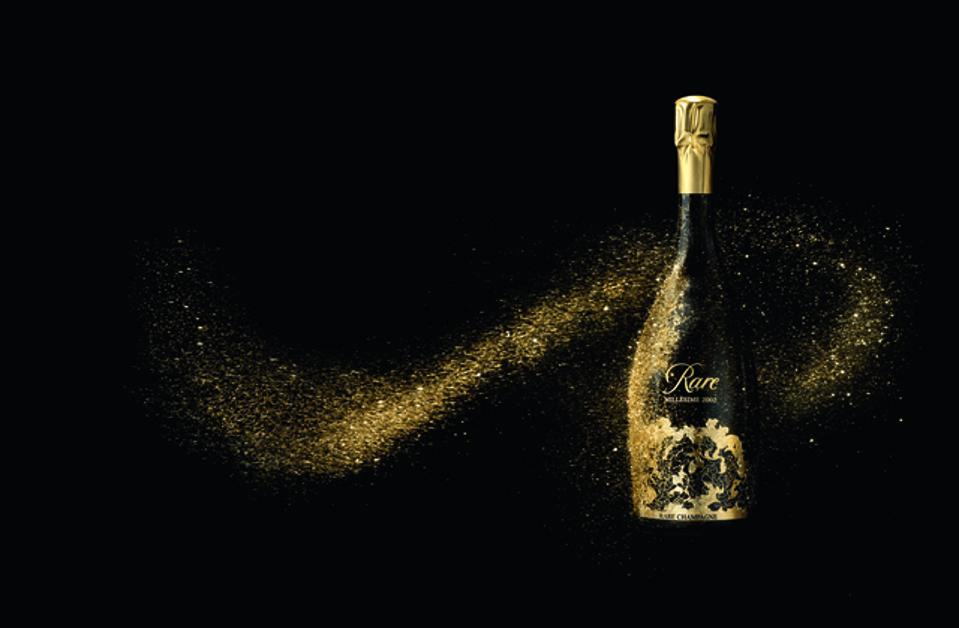 Jonathan Boulangeat logged on to Zoom on a Thursday evening in March, at the very start of the Covid-19 pandemic and long before the idea of ​​video hangouts spread to the general public. Like many people, this young Parisian professional, handsome, always polite and always well dressed, was there to work. Upon entering the call, and practically one-on-one with his customers, it was time to pop the cork of his bottle of champagne. It would be the first night of many more.

“When I moved to the United States, I started in Florida for a year and then came to New York on a mission,” he said. “I needed to reveal this sleeping beauty that we always had, but that nobody knew.”

As Champagne ambassador in the United States for Champagne RARE, Piper-Heidsieck’s prestigious brand for five years, Boulangeat is responsible for showcasing champagne cuvées. Depending on who you ask, however, this can be a much easier or more difficult job than it looks. RARE has been in the business for decades, but is renowned for having created only 11 vintages throughout its existence, ranging from 1976 to 2008.

Although these vintages are, well, rare, almost every one of them was created in a difficult year for the spirits industry, an ideology that Cellar Master Régis Camus defended.

“Camus is truly a legend, he loves to challenge Mother Nature,” Boulangeat said. “Even in difficulty, he can find beauty with his creations.”

In 1976, Europe was hit by a massive heat wave, with barely a drop of rain to be seen from May to September. Yet the 1976 vintage of RARE is considered a masterpiece to this day.

This “sleeping beauty” that Boulangeat spoke of earlier is Rosé Millésime 2008, the most recent Rosé that RARE has brought to the market. Although it came from a brand of such prestige, Boulangeat said it was virtually unknown, but he considered this vintage to be one of the best they have ever made. So, with a call to action to which he was to respond, he was sent on a quest to make known this hidden treasure. Its destination, the Big Apple.

“When my boss told me I had to go from Miami to New York, I first said, ‘No, thank you, I’m good at Miami,’” he said with a laugh. “He said coming here was important because if you can get here you can do it anywhere.”

Some echoed the sentiment of Old Blue Eyes, that’s for sure. And he wasn’t kidding either.

In the pre-Covid days, when going out to dinner was not greeted with the same discretion as stepping into an erupting volcano, Boulangeat began reaching out to what he called “prestige brands” in the purpose of pushing the bottle like a spirit of equal stature. He eventually struck a deal with Bagatelle, a chic French bistro with a hopeful brunch scene, where it almost immediately became a sensation, and business with other restaurants followed.

However, this white tablecloth facade would not last long. “Champagne itself is synonymous with a party scene,” Boulangeat said. “It was only a matter of time before he hit the nightclubs.”

Here, Rosé Millésime 2008, which sells for $ 450 a bottle, also became a smash hit. Is that the secret to success? Boulangeat attributes the shiny tiara attached to each bottle. Any girl celebrating her birthday or pretty much anyone who has had more than a few drinks would take it off and wear it all night. It’s a free favor, so why not ?!

At this point, you are probably wondering what this looks like. Firstly, RARE Champagne goes a bit against the grain by never using oak barrels unlike their contemporaries. According to Boulangeat, Camus has a saying: “The only place in Piper where you will find oak is on the stairs.” Composed of 70% Chardonnay and 30% Pinot Noir, it presents tropical notes of pineapple, kiwi, lime and others. Boulangeat says that an optimal way to enjoy it is a little while after removing it from the ice cream, giving it a nutty, buttery, almost mushroom aroma.

Soon, the vintage became more and more common in the more upscale places, from private tables in bustling nightclubs to posh bars in hotel lobbies. In Bagatelle alone, around 1,200 were sold in just 6 months. At the Baccarat Hotel, it was picked up by wine manager Matthieu Yamoum, who was also previously featured here, where it cost $ 180 a glass and quickly became a bestseller. Business was booming and Boulangeat’s mission to showcase the bottle couldn’t get better.

However, looking back, it’s 2020. We know what will happen next.

With the ensuing global health crisis, those once overwhelming food and drink scenes have come to an end. Many closed their doors and waited for the storm to end. Most of the others in Boulangeat’s position would probably have been forced to do the same. However, he saw where the wind was blowing and steered his ship in a different direction.

Many other companies and brands were trying to reach an audience confined to the home, and Boulangeat was looking to do the same. Much like another brand related to spirits, it had to make sipping bubbles a virtual experience. But, in a really RARE way, they brought it up to 11.

For a starting price of $ 250 per person, which includes Petrossian smoked salmon and a 2006 Rare boittle, customers can have an online tasting session with Boulangeat. With many friends in other companies, and now generally an expert in making contacts, Boulangeat got in touch with a number of suppliers to create tailor-made packaging to accompany champagne, and we are not talking about no cheese platters. First there was caviar … then there was fresh Norway lobster, French chocolate, you name it, there was a package set up for it. While there was little fanfare for his announcement, the first session saw 20 bookings in an hour.

Boulangeat recounted the first time he held a session, throughout the early days of the pandemic in the United States.

“We had people from Florida, Connecticut, and people from the West Coast,” he said. “It was a tense time. Everyone had their cameras on, you could see there was a lot of emotion. Some were crying because they hadn’t seen a world for a long time. I remember there was this older couple, the husband in a tuxedo and the wife in a beautiful dress. For them, it was their evening.

Every Thursday night starting at 6:30 p.m. EST, people gathered on their computers and phones for a night of virtual socializing. Like most other companies and brands that have taken this route, Boulangeat sees no reason to cancel it once the pandemic is over. It has also been extended far beyond simple tasting, with a recent cooking class hosted by Michelin-starred chef Gabriel Kreuther. There is even a presentation in the works that will be live from the Louvre, where RARE will present an artistic bottle valued at $ 150,000.

If you want to get involved in these amazing tastings, keep an eye on their social media and be sure to follow Jonathan Boulangeat himself.

Covid-19 rates in the US exceed those in the EU, but are travel restrictions the solution?