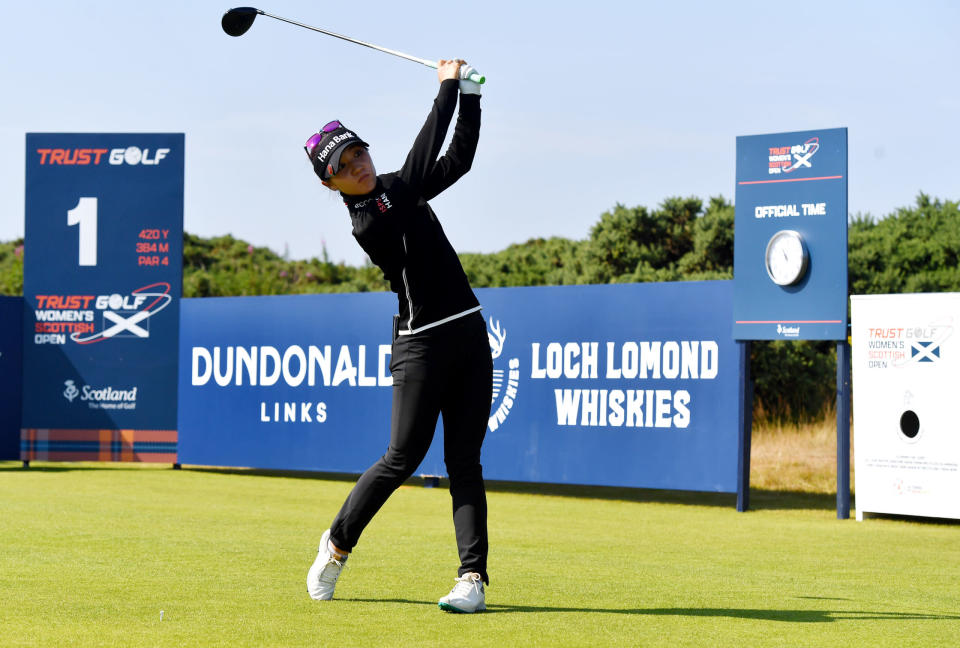 Lydia Ko said she felt her second round on Friday wasn’t as strong as her opening round on Thursday. Her score indicates otherwise.

Ko fired her second straight 7-under 65, taking a two-shot lead to 14 under after the second round of the Trust Golf Women’s Scottish Open. She leads Lilia Vu with two shots and Eun-Hee Ji with three heading into the weekend.

For Ko, who posted her tour-leading 12th bogey-free round of the season, she’s getting closer to conquering left golf. Last year she finished in a tie for second place at this event.

With 36 holes to play, Ko is in the driver’s seat looking for another win.

“I had a few birdie opportunities today that I missed,” said Ko. “When I made the turn, I made a really good par on the 18th hole, my ninth. Then a good ride down hit the first, and I got some really good momentum. ”

After going out in 1-under 35, Ko fired a 6-under 30 on her back nine, highlighted by a near hole-in-one on the par-3 fourth and an eagle on the par-5 fifth.

The round of the day was for Ji, who shot an 8-under 64 to climb 15 places on the standings. Hye-Jin Choi, who led after the first lap, is tied for sixth after a 1-under 71 performance.

Why Cameron Smith, Will Zalatoris say the FedEx St. Jude Championship standings are so crowded