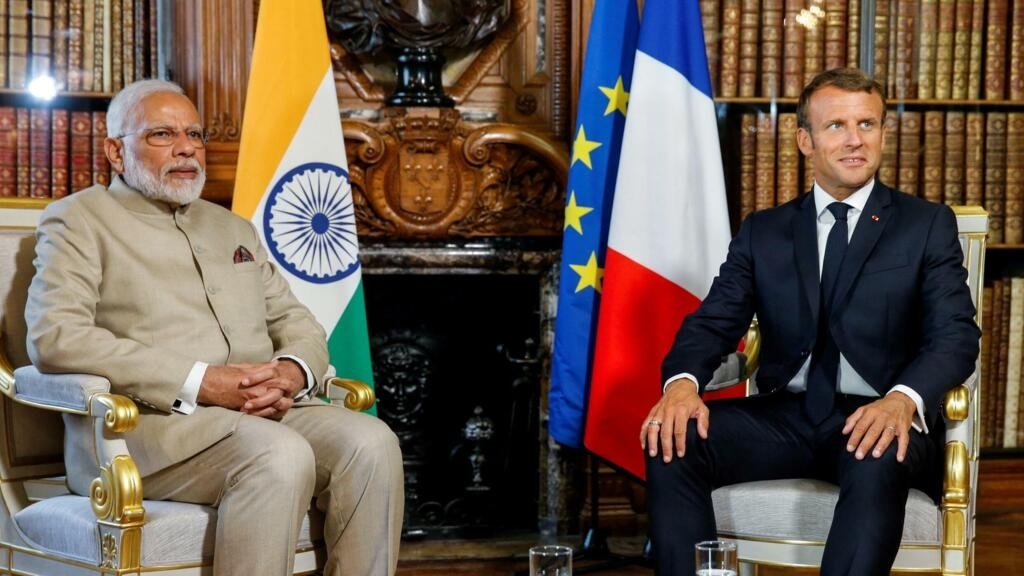 French President Emmanuel Macron and Indian Prime Minister Narendra Modi on Tuesday pledged to “act jointly” in the Indo-Pacific region as dispute escalated with Australia and the United States over a contract of abandoned submarine.

Macron’s phone conversation with Modi was obviously timed as French anger over Australia’s cancellation of a submarine contract in favor of US submarines as part of an alliance with Washington and the UK seemed intact.

U.S. officials have said U.S. President Joe Biden wants a phone call with Macron to ease tensions, while Macron has taken the unprecedented step of recalling France’s ambassadors to Australia and the United States.

The French presidency said Macron and Modi had agreed that they would “act jointly in an open and inclusive Indo-Pacific zone”.

Macron assured Modi of the continuation of “France’s commitment to strengthening India’s strategic autonomy, including its industrial and technological base, within the framework of a close relationship based on trust. and mutual respect “.

The statement from Macron’s office said their common approach aimed to promote “regional stability and the rule of law, while excluding any form of hegemony.”

The two leaders also expressed “their serious concerns about the situation in Afghanistan” following the American withdrawal and the takeover of the country by the Taliban.

Calling Macron “my friend” in a tweet, Modi said India places “great value on our strategic partnership with France.”

I spoke with my friend President @EmmanuelMacron on the situation in Afghanistan. We also mentioned closer collaboration between India and France in the Indo-Pacific. We attach great importance to our strategic partnership with France, including the UNSC.

Modi’s office added in a statement that the two countries have an “important role” for stability and security in the Indo-Pacific region.

The phone call between the two leaders came days after Australia announced the cancellation of a $ 40 billion French submarine contract. Instead, Canberra announced plans to purchase U.S. nuclear submarines as part of a new three-way strategic alliance between the United States, United Kingdom and Australia, known as AUKUS, aimed at to counter the rise of China.

Indian media have speculated that canceling the deal could trigger a deal on Franco-Indian submarines.

In recent years, Paris has sought to strengthen ties with India: in 2016, the two sides signed a multibillion-dollar deal for 36 French Rafale fighter jets for New Delhi.

While the deal is under investigation in France over allegations of bribery, it is seen as a commercial and diplomatic success for Paris.

France accused its allies of a “stab in the back” after learning that the United States had secretly held talks on the new strategic alliance.

Australia informed France just hours before withdrawing from the submarine deal, according to the French government.

In the next call with Biden, Macron will demand “clarifications”, his political adviser Stéphane Sejour said on Tuesday, adding that it would not be “a reconciliation interview”.

He said the way the Franco-Australian deal was canceled raised many questions “including the concept of what it means to be an ally of the Americans.”

Behind the canceled contract, there were deeper differences in strategies in the Indo-Pacific, he said.

France, which is present in the region through overseas territories like New Caledonia, has tried to ease tensions in the region, but “the United States is more in a confrontation with China” said Sejourne.

French Defense Ministry spokesman Hervé Grandjean wrote on Twitter that the reneged on deal was “bad news” for Australia.

“The first attack submarines were to be delivered by 2030. With this new AUKUS partnership, it will be more like 2040. It’s a long time, when we see how quickly China is militarizing,” he said. declared.

EU ministers rallied around France as the submarine dispute threatened to delay trade talks with Washington and Canberra.

German Europe Minister Michael Roth said France’s diplomatic crisis with the United States was a “wake-up call for all of us” to unite an often divided EU on foreign and security policy.

The French submarine builder Naval Group has started discussions on a financial settlement with Canberra, the French defense ministry said.

Naval Group had already completed 900 million euros ($ 1.1 billion) of work on the submarines, he said, but suffered no losses as the work was covered by Australian payments. already done.

But calling the withdrawal a “betrayal,” the ministry said talks would now determine the amount of “compensation and damages” owed by Australia.