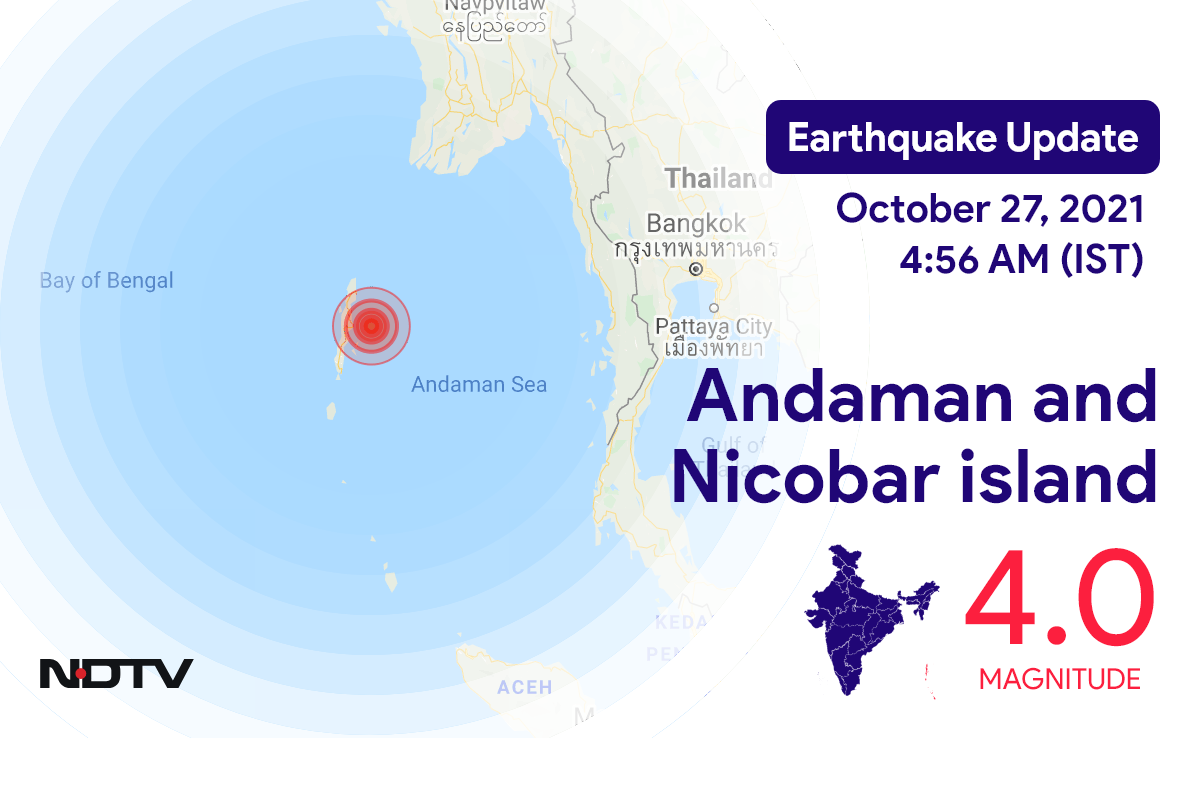 The earthquake struck at 4:56 a.m. at a depth of 80 km near Diglipur on Andaman and Nicobar Island.

A 4.0 magnitude earthquake was reported Wednesday morning near Diglipur on Andaman and Nicobar Island, according to India’s National Seismological Center.

The epicenter of the quake was 90 km south-southeast (SSE) of Diglipur in Andaman Island and Nicobar in India, the agency said. The earthquake struck at 4:56 am IST at a depth of 80 km from the surface.

Tremor was felt in the following areas:

You live in the area, did you feel the earthquake? Use the comments box to share details or tweet your photos and videos to @The Bharat Express News.

Up to 6 hours wait at Delhi airport under new Omicron rules: sources