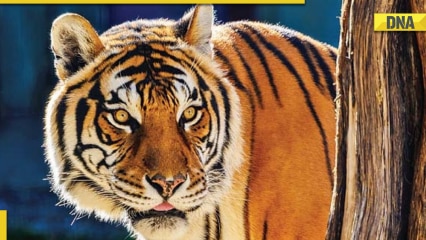 A Maharashtra man died Thursday morning when he saw a tiger crossing the road. According to reports, he died of a heart attack caused by the fear of the big cat.

The incident took place in the city of Chandrapur.

The man, identified as Praveen Marathe, was out for a walk. He parked his car on the side of the road in the forest area and started walking. Soon he came across a tiger crossing the road. The terrified man had a heart attack.

Other morning walkers found him lying on the road and breathing heavily. They called an ambulance and the local police, but he died before they arrived.

Locals told Aaj Tak that the ambulance took over an hour to reach the site.

This was not an isolated incident in the human-animal conflict. A few days ago, a 65-year-old man went out to defecate when he found a tiger. He thought the tiger was a dog, but ran away as soon as he realized his life was in danger. Fortunately, he survived.

ALSO READ  Watch: Gelatin sticks found floating in the river in the Raigad district of Maharashtra