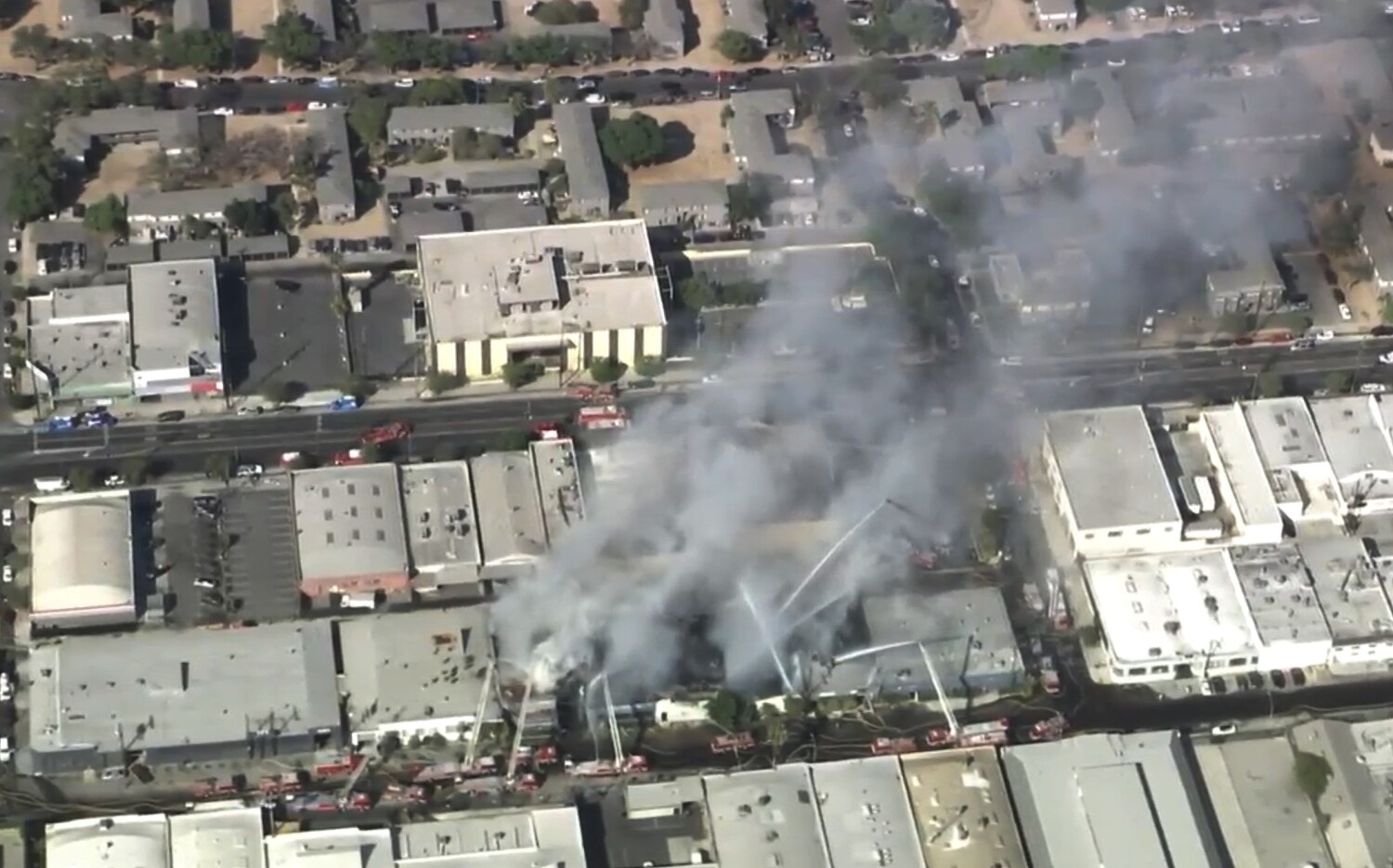 More than 180 firefighters took two hours to extinguish the blaze, which was reported at 2:12 p.m. on the 2800 block of East 11th Street, Los Angeles Fire Department spokesman Nicholas Prange said.

The flames eventually spread to five interconnected commercial buildings and the roof of one building partially collapsed, he said.

Firefighters conducted defensive operations: they did not enter any of the burning buildings, but sprayed water from outside and extinguished neighboring buildings to prevent the fire from spreading.

Nineteen fire engines and 13 trucks responded to the blaze, enough to have crews changed so that firefighters in full gear could seek help in the extreme heat, Prange said.