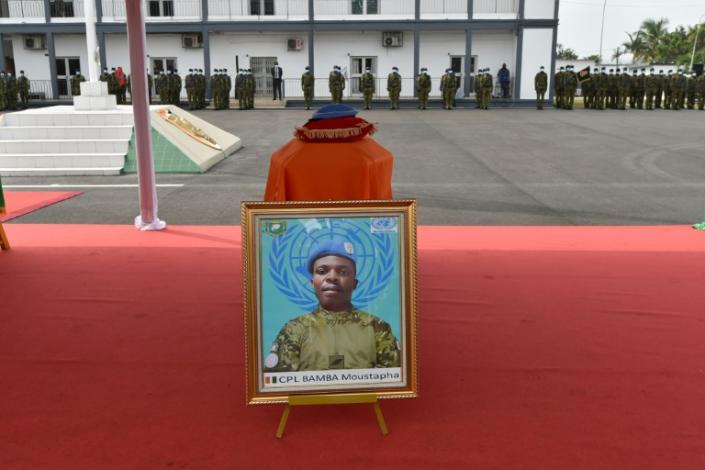 A shadow has fallen over the United Nations peacekeeping mission in jihadist-infested Mali, one of the UN’s largest operations, after a series of countries announced their withdrawal.

Britain and the Ivory Coast were the last to announce their withdrawal from MINUSMA this week, following similar announcements in recent months from Sweden, El Salvador and Benin.

Egypt, one of MINUSMA’s largest contributors, announced in July that it would “temporarily” suspend participation in the Corps.

A German government source said on Thursday that Germany planned to withdraw its troops by the end of 2023, but there has been no official announcement.

If it also left, MINUSMA would lose more than a quarter of the more than 12,000 personnel it deployed in September by the end of next year.

“The rats are fleeing what appears to be a sinking ship,” said an African diplomat on condition of anonymity.

Jihadist violence began in northern Mali in 2012 and has since spread to neighboring countries.

MINUSMA – the multidimensional integrated stabilization mission in Mali – was established in 2013 to help stabilize the country and allowed “all necessary resources to be used” to achieve this goal.

The following year it was further mandated to protect civilians, promote human rights and assist in the restoration of state authority.

But the violence has since gone from bad to worse, killing thousands of people – civilians, fighters, troops and police – and forcing hundreds of thousands to flee their homes.

MINUSMA has become the deadliest UN peacekeeping mission in the world, with 281 of its troops killed so far, 181 of them in attacks.

It is also the most expensive blue helmet company in the world, with an annual bill of $1.26 billion.

But for many local populations and some African leaders, the mission is not doing enough.

It has been particularly struggling to operate since a military coup in Bamako in 2020 and the alleged arrival the following year of Wagner agents from Russia to bolster government forces.

Tensions between the peacekeepers and the junta erupted in July when Mali expelled a MINUSMA spokesman over an argument over the detention of 49 Ivorian soldiers at Bamako airport.

MINUSMA said the Ivorians were destined for the mission, while Mali accused them of being mercenaries seeking to overthrow the government.

The junta has also hampered the mission’s investigation into allegations of human rights abuses by Malian troops.

Secretary-General Antonio Guterres has pointed to “restrictions on movement and access” by the UN mission, which hampered its mandate to protect civilians.

France this year withdrew its troops from the former French colony, deployed separately as part of its anti-jihadist mission Barkhane in the Sahel. The force had assisted in providing close air support to MINUSMA.

The reasons for the exodus from MINUSMA vary.

Egypt announced its suspension after losing soldiers, Benin told it to focus on the jihadist threat on its own borders, while Britain objected to the Malian junta’s alleged ties to the Kremlin.

Ivory Coast, which has been embroiled in a months-long feud with Mali over its captured troops, gave no reason.

For example, the Egyptians were tasked with escorting convoys, while the Swedes were in charge of “rapid response” by air. The British conducted weeks-long reconnaissance missions in the arid southeast of the country, looking for fighters linked to the Islamic State group.

Jean-Herve Jezequel, head of the Sahel program at the International Crisis Group (ICG) think tank, said the departure of the Ivorians – 875 troops – was “a big blow”.

“The backbone of MINUSMA is the contingents from countries of the South,” Jezequel said.

In June, Guterres said a reassessment of MINUSMA’s mission was needed within six months.

When asked if it has plans to replace departing contingents, MINUSMA replied in broad terms.

“In a peacekeeping mission, contributing countries provide troops for a specified period of time,” the statement said.

“When they leave, others replace them and the plan is adjusted accordingly. It is a well-established process that is discussed mainly at the political level and at the New York headquarters.”

A UN official in Mali, who wished to remain anonymous, said MINUSMA had made a huge contribution to civilian life despite “problems”.

They had helped fund infrastructure, provided logistical support to the judiciary and health sector, and even contributed to intercommunal mediation.

“Whatever is said, MINUSMA is doing a lot in areas where the state has long given up due to lack of funding or will,” said the source.