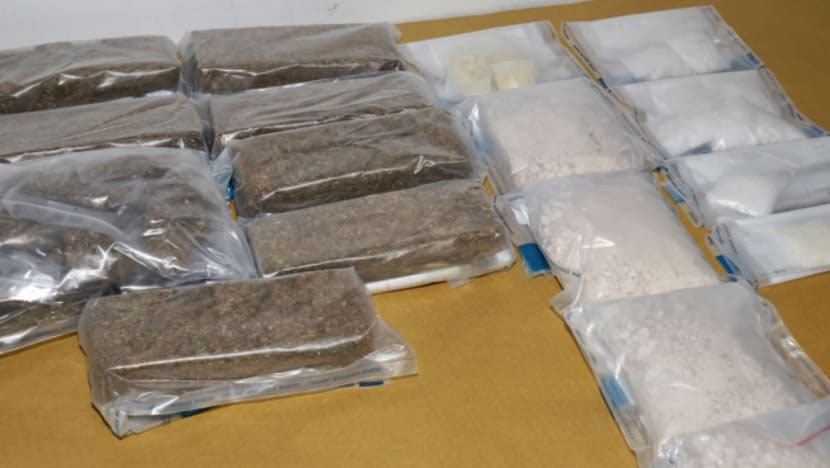 Two Singaporeans, a 41-year-old man and a 34-year-old woman, were arrested in Sentosa on Wednesday, July 27 for suspected drug trafficking during a drug bust by the Central Narcotics Bureau (CNB).

More than 6 kg of drugs with a street value of more than S$313,000 were seized at two locations.

CNB agents arrested the man and woman in a hotel room in Sentosa on Wednesday evening.

Heroin, ice, cannabis and methadone were found in the room.

Both were escorted to their hideout in a private residential area near Shenton Way on Thursday morning.

A black luxury sedan was also seized on Thursday.

The vehicle is believed to have been driven by the man and woman.

The total amount of seized drugs is enough to feed 1,500 abusers for a week.

“These traffickers have no qualms about their luxury lifestyles — luxury vacations, luxury cars and private residential apartments — at the expense of other innocent parties, such as the drug addicts’ children or loved ones,” Deputy Assistant Commissioner Aaron Tang said. the CNB’s intelligence department.

Those found guilty of smuggling more than 15 grams of pure heroin (diamorphine) or 500 grams of cannabis could face the mandatory death penalty.

All photos via CNB

Stories you may have missed, August 19 – TBEN Singapore News

ABOUT US
The Bharat Express News is your daily dose of Latest News, Entertainment, Music, Fashion, Lifestyle, World, Cricket, Sports, Politics, Tech, Business News Website. We provide you with the Latest Breaking News Straight from the India & all around the World on different categories.
Contact us: [email protected]ail.com
FOLLOW US
© The Bharat Express News All Right Reserved
Go to mobile version