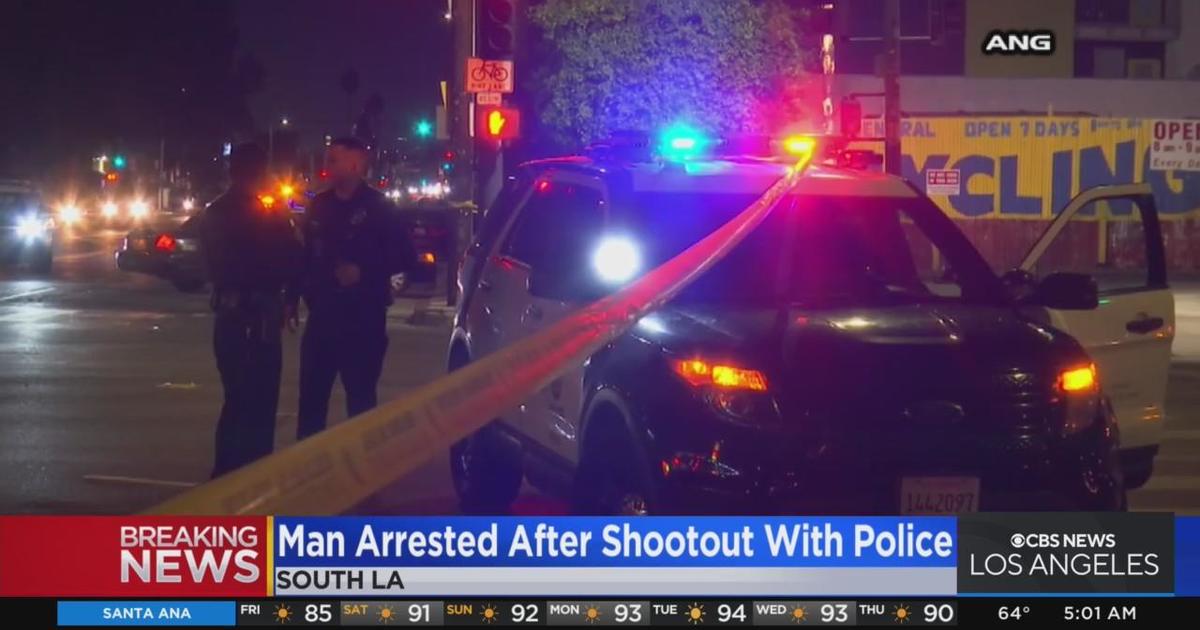 An armed suspect was taken into custody by Los Angeles police on Friday after he was shot by a cop and then barricaded himself at a recycling center following a chase in South Los Angeles.

Los Angeles Police Department officers on patrol came into contact with the suspect at 10:24 p.m. Thursday, who was riding a bicycle near Imperial Highway and Success Avenue, police said.

The suspect, believed to be wanted for an attack with a deadly weapon, fled from officers, who gave chase, police said.

According to the police, the suspect eventually got off the bike and pulled a weapon, after which officers opened fire. The suspect ran and barricaded himself in a recycling center. Police established a perimeter in the area and summoned a SWAT unit to negotiate his surrender.

The suspect was arrested around 3:15 a.m. Officers discovered he had been hit by bullets and took him to a hospital in stable condition, police said.