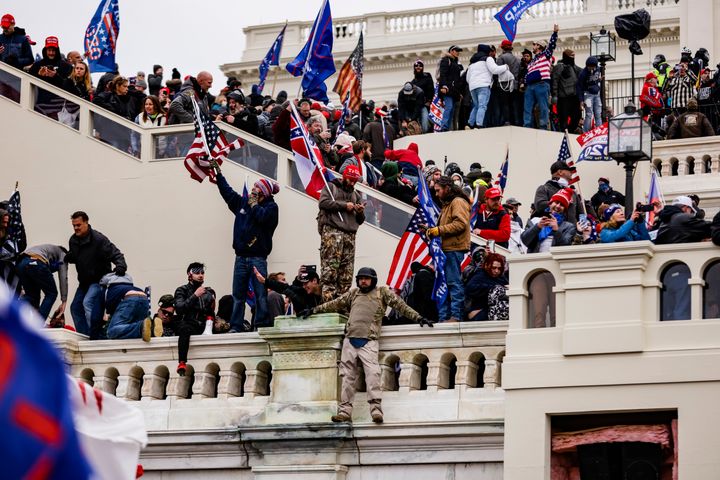 The FBI on Friday arrested James W. Clark of Falmouth, Massachusetts, for allegedly threatening to detonate a bomb in the “personal space” of Arizona Secretary of State Katie Hobbs if the Democrat did not resign in the weeks following Jan. 6. 2021, Capitol uprising, according to NBC Boston.

According to the charges against him, Clark was investigating “how to kill Hobbs” in February 2021. a crime threat through their online contact form.

“Your attorney general must resign by 9:00 a.m. Tuesday, Feb. 16, or the explosive that hit her personal space will be detonated,” Clark wrote, according to prosecutors.

The threat was sent on February 21, 2021 and ostensibly made as a result of Hobbs’s role in certifying the 2020 presidential election. Former President Donald Trump infamously claimed it was stolen, despite dozens of state and federal judges dismissing his lawsuits.

“We all don’t want our election victory stolen by emboldened radical left Democrats, which they are doing,” Trump said in his Jan. 6 speech before the Capitol riots, according to the NPR. “And stolen by the fake news media. That’s what they’ve done and what they’re doing. We’ll never give up, we’ll never give in.”

Despite receiving hundreds of threats some days and no others, Clark’s harassment was the only one she received, Hobbs spokeswoman Murphy Hebert told NBC Boston.

“The FBI takes all life-threatening cases very seriously,” said Chris Ormerod, the acting special agent in charge of the Phoenix field office. “While this arrest demonstrates the FBI’s commitment to holding accountable anyone who attempts to intimidate an official, it also demonstrates that people cannot threaten others with violent and physical harm without repercussions.”

Trump lost in Arizona by more than 10,000 votes to then-presidential candidate Joe Biden.

It remains unclear whether Clark has found a lawyer or is still in custody after Friday’s arrest.

If found guilty of making a bomb threat, Clark faces up to 10 years in prison. According to the three-count indictment, he was also charged with communicating an interstate threat and committing a bomb hoax, each carrying a sentence of up to five years.

“Election officials across the country are regularly threatened for doing their jobs,” Hobbs said in a statement Friday, according to NBC News. “It is unscrupulous and undermines our democracy. This harassment will not be tolerated and cannot be normalized. We thank the FBI for their persistence in further investigating this incident.”