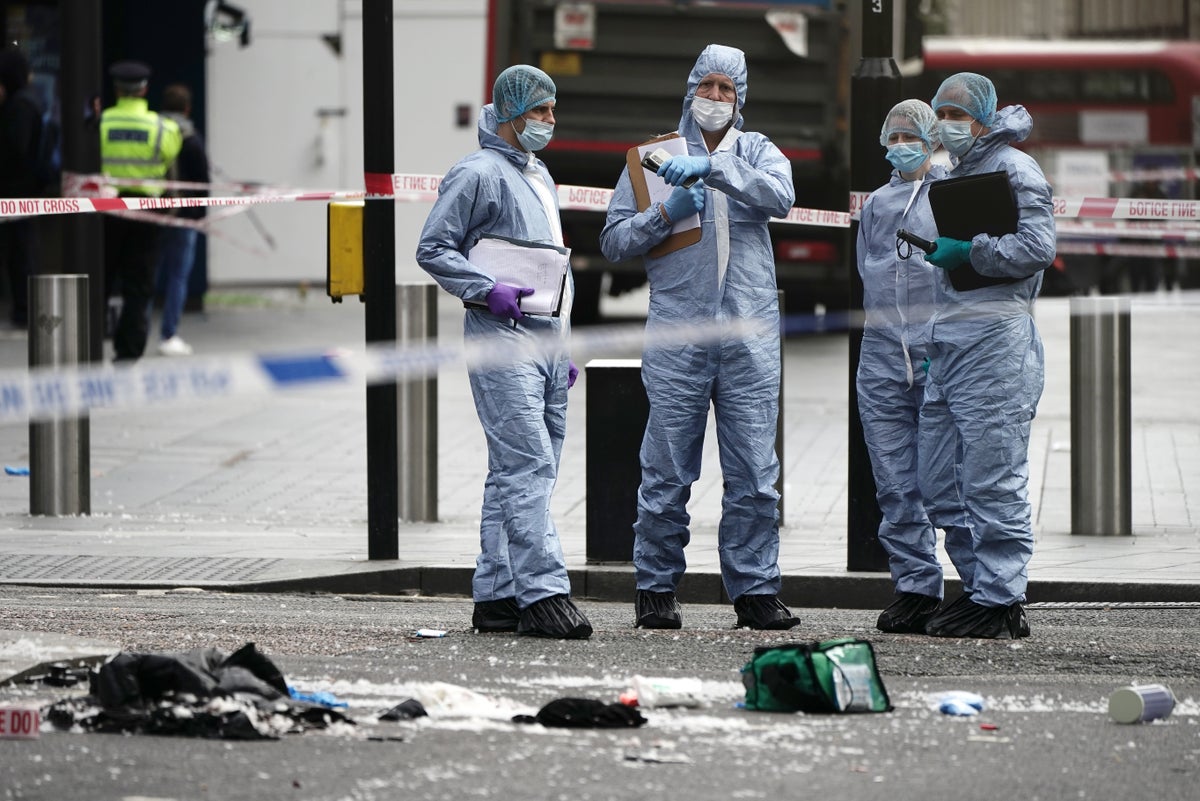 A man accused of stabbing two police officers in central London has appeared in court.

Mohammed Rahman has been charged with attempted murder of a male police officer, referred to in court as PC Gerrard, who was stabbed in the neck and chest at 6 a.m. Friday in Leicester Square.

The 24-year-old is also facing a charge of causing grievous bodily harm in connection with an assault on a female officer named PC Mulhall who was stabbed in the arm.

Rahman has also been charged with assault and two counts of threatening a person in a public place with a knife article, as well as theft and possession of a knife article.

The suspect appeared at Wimbledon Magistrates’ Court on Monday and spoke at a brief hearing only to confirm his name, date of birth and address.

Rahman was wearing a prison-issued gray sweatshirt and was flanked by two officers in the dock.

He was not required to enter a plea for the indictment.

On Saturday, the Metropolitan Police said the female officer who suffered a stab wound to the arm had been released from hospital, while the male officer remained under medical supervision.

The officers taken to the hospital – both attached to the Met’s Central West Command Unit responsible for policing oversight in Westminster – were performing routine duties and not part of the wider police operation that took place after the Queen’s death.

Rahman, of Westbourne Park Road in Notting Hill, London, was taken into custody by District Judge Simon Heptonstall ahead of another performance at the Old Bailey on October 14.