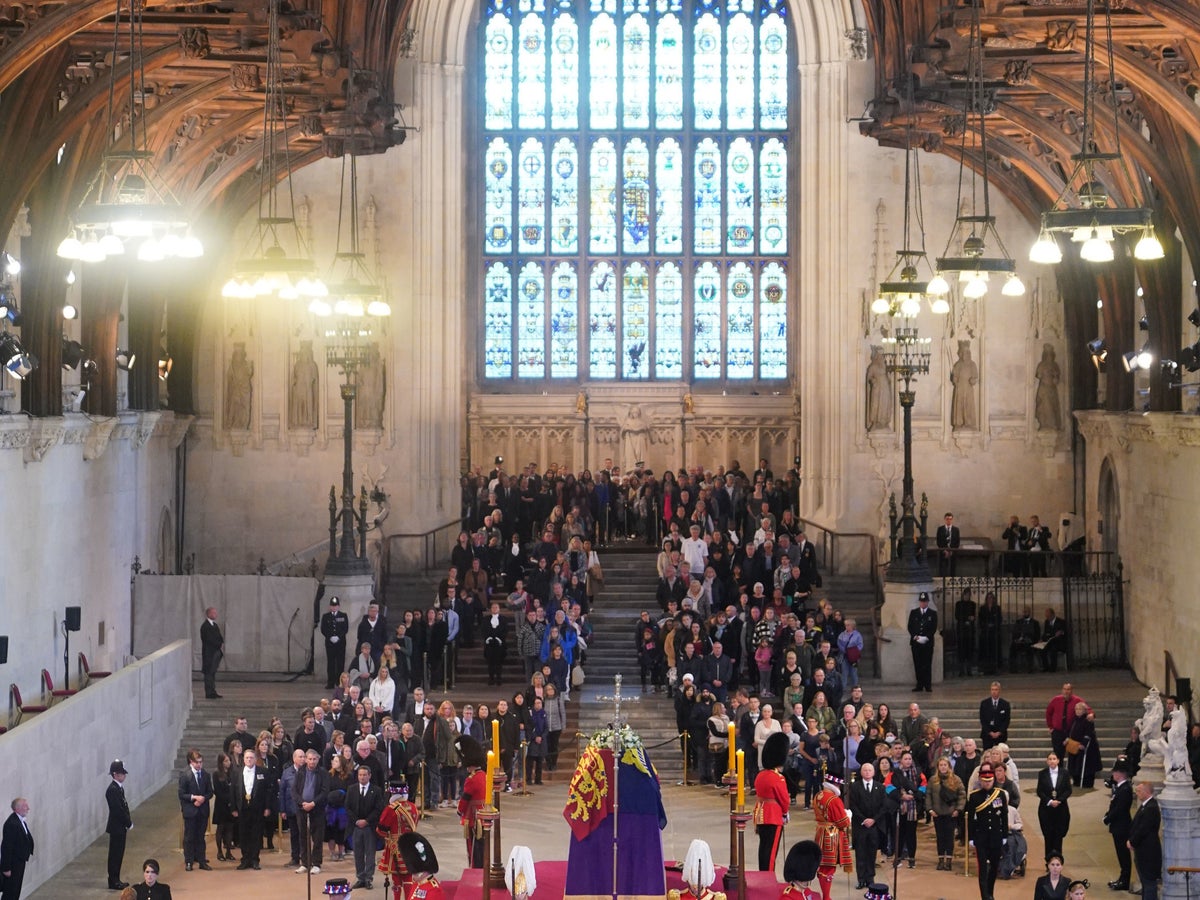 A man arrested Friday in the old hall where Queen Elizabeth II lies in state has been charged with a public order violation, police said.

Muhammad Khan, 28, of Barleycorn Way, Tower Hamlets, was charged on Saturday with an offense under Section 4A of the Public Order Act for conduct that caused alarm, intimidation or fear at Westminster Hall, the Metropolitan Police added.

The force said in a statement that Khan will appear in custody at Westminster Magistrates’ Court on Monday, September 19.

It comes as Child Charles III told officers it is “encouraging” that police plans for Operation London Bridge are working.

Charles was given a tour of the Metropolitan Police Service Special Operations Room on Saturday, where he met and thanked emergency personnel for their efforts ahead of the Queen’s funeral and over the past nine days.

During a conversation with the operation planning team, the king asked them questions about the planning of Operation London Bridge.

He asked the officers, “Have you been planning for a long time… or have you just been enlisted?”

An officer replied, “Yes, Your Majesty, we have been planning for about three years. There were teams ahead of us.”

He replied, “And the plans work?”

The officer said, “They are, absolutely.”

“That’s the most encouraging thing,” the king said, before reportedly chuckling.

He also questioned staff about crime during the mourning period.

Referring to his visit to the base, the King added: “It’s nice to know where it’s all happening. I’ve been here before – this is the absolute hub, isn’t it?”

The officers replied that this was the case. The king then thanked them and described their work as “absolutely fantastic”.

It comes as huge lines continue to gather along the banks of the River Thames as people line up to pay their respects to the late monarch.

As of Saturday night, the wait time to enter the old hall where the Queen’s coffin currently stands is estimated to be 5pm.

Police have warned those in line, which has been capped by the government at 10 miles in length, that they may have to stand for many hours at a time to keep up with the ever-moving line.

Change of Government: New Commemorative Coins featuring both the King and the late Queen