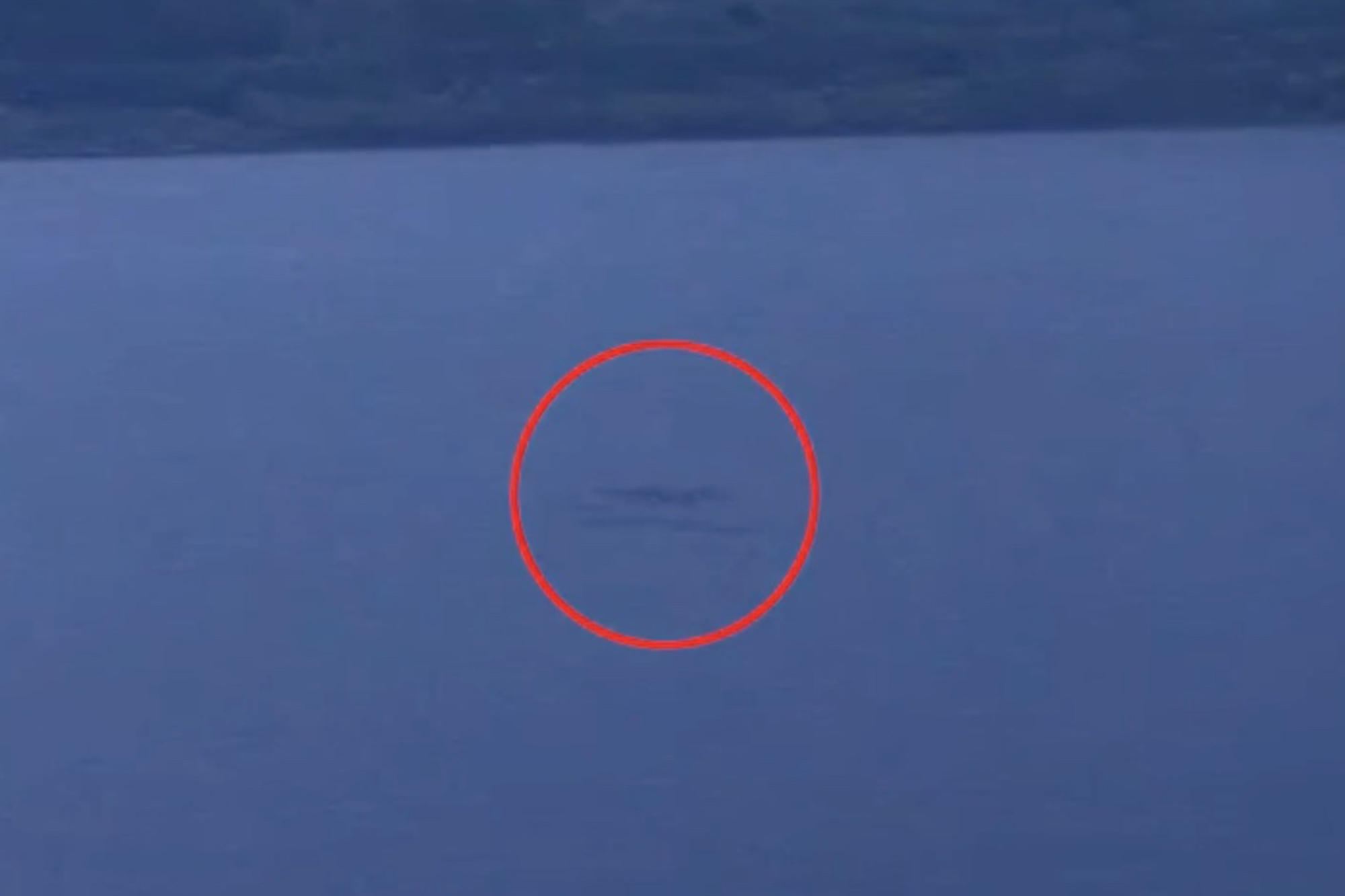 He is determined to find the truth.

Eoin O’Faodhagain, who posts the most compelling footage on YouTube, reports that the cam feed grabbed “a tall black cylinder shape 6 to 8 feet tall” on Sept. 15 at 7:33 PM local time.

“Giant-eel-like creature captured on webcam,” O’Faodhagain wrote in the video description. “The creature moves steadily from side to side, breaking through the surface.”

The monster hunter also picked up on overhead cameras at the Clansman Hotel near a dock on the lake at 8:13 p.m. on Sept. 6.

“The first at the Clansman webcam Loch Ness … is of a water disturbance and long dark shape recorded over 4 minutes, and was the only darkened water visible in the lake shot at the time,” says the 57-year-old, who made his first sighting in 1987, told The Daily Record.

O’Faodhagain, a County Donegal hospital attendant according to The Inverness Courier, also claimed to have sighted the monster at 11:18 a.m. Sept. 1 on the grainier Shoreland Lodges footage of the water.

It’s there that the alleged Nessie – believed to be spotted on sonar in 2020 – skims over the surface in a manner similar to the most recent footage.

Perhaps O’Faodhagain’s most compelling claim came at 12:31 PM on May 24 in a video titled “Loch Ness Monster Surfaces.”

“A large body comes in and out of the water in mirror image, as calm conditions, captured on webcam,” he captioned the upload video, which has been viewed more than 18,000 times. “I estimate it’s around 18 feet long and at least four feet high out of the water, with a big hump, then two humps, and after a minute it disappears completely. A wake of cruisers can be seen about 300 meters from where Nessie emerged.

O’Faodhagain’s findings aren’t all that far-fetched, either. Earlier this summer, a joint study of scientists in the UK and Spain reported that a prehistoric ancestor of the Loch Ness Monster may have existed.

Even Visit Inverness Loch Ness, the tourist agency that installed the cameras per The Record in late August, is convinced something is slithering through the water.

“The last thing I want to do is make a claim against Nessie,” he told The Post at the time. “I am the most skeptical of all people. But when I see this, I think yes, there is something strange going on here.”