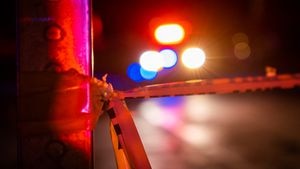 Dispatchers added that a 15-year-old shot was also found in the parking lot of a Waffle House on Flat Shoals Parkway.

It’s unclear how these two shootings are related, but the two scenes are set across the street.

The identities of the two victims have not been released.

Channel 2 Action news contacted the DeKalb County Police Department for more information but has not received a response.