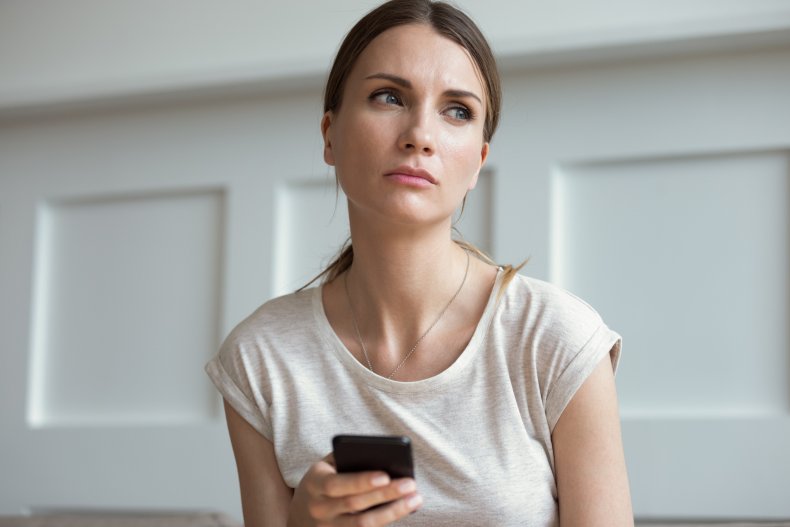 Internet commentators were outraged after a stay-at-home mom revealed why she only had $100 left to cover Christmas decorations, food and gifts for her three children.

In a viral Reddit post published at r/AmITheA******, Redditor u/NoChristmas2022 (aka the original poster or OP) said her husband is the sole breadwinner for the couple’s household and described the heated aftermath of his decision to attend the World Cup in Qatar instead of preparing for the holidays with the family.

“My husband works full time and gets a good salary BUT he has tightened his grip on spending… to save to watch the football event abroad,” OP began. “He’s literally obsessed.”

She continued to explain that she is responsible for all the Christmas preparations because her husband will not return until December 20.

Sadly, the original poster also said she only had $100 left to buy decorations, food, and gifts for the couple and their three children.

“I was completely shocked,” OP wrote. “I told him $100 for an entire family’s Christmas celebration was ridiculously not enough.

“He told me to just ‘take it’ but I said if he decided to leave me with just 100 bucks I wouldn’t do anything for Christmas,” OP continued. “He’s in Qatar now…[and] he just kept sending an angry message after that [angry message] call me spoiled.

“[He’s] told me to stop expecting to live like I was still living in my parent’s house and to stop trying to ‘rob’ the kids from enjoying the holidays,” OP added. that he uses his own money.”

Shared finances can be difficult for working couples, and even more complicated when only one partner earns an income.

Last year, a study published by LendingTree’s MagnifyMoney found that 53 percent of U.S. households are dual-income, up slightly from 2010.

However, the umbrella that is “American households” includes families with adult children who are able to earn themselves.

In 2018, the Pew Research Center reported that 18 percent of moms and dads in the US are considered stay-at-home parents, meaning 11 million US parents were not working outside the home. And since the work-from-home revolution hadn’t happened in 2018, parents who didn’t work outside the home were unlikely to generate an income.

For couples with only one earner, finances can be a touchy subject and cause major emotional problems if handled incorrectly and without transparency.

Amanda Clayman, financial therapist and MSW, shared News week that non-earning parents who are left in the dark about their family’s finances can feel rejected and left out of decision-making processes that directly affect their lives and the lives of their children.

“In this picture of marriage, we want each person to feel like they can chase their dreams,” she said. “But it’s not really up to one person to say that.”

Clayman told it too News week that for stay-at-home parents whose children and their families are top priorities, realizing that their partner’s priorities are different can be daunting, especially given the disparity in financial opportunities.

In the comments section of the viral Reddit post, many Redditors echoed that sentiment, encouraging the original poster to seriously reevaluate her marriage.

“This sounds like financial abuse,” Redditor u/Mama_Mush wrote in the first response to the post, which has garnered nearly 40,000 upvotes. “[It’s] TBEN time.

“[Either] he treats you as an equal financially or you leave and get child support,” they added.

Redditor u/AffectionateHand2206, whose comment has received more than 12,000 upvotes, responded with more urgency.

“As has been noted, this is referred to as financial abuse,” they wrote. “Take your kids, go to your parents, have a nice Christmas without your husband and get a divorce.”

“You and [your] kids are at the very bottom of his list of priorities,” added Redditor u/9smalltowngirl, which received nearly 4,000 votes. “That’s not going to change.”

“OP you are [Not the A******] and if you have another family to spend the holidays with, please do,” Redditor u/pepperann007 agreed.

News week contacted u/NoChristmas2022 for comment. We were unable to verify the details of the case.

Do you have a similar financial dilemma? Let us know at [email protected] We can ask experts for advice, and your story can be featured News week.