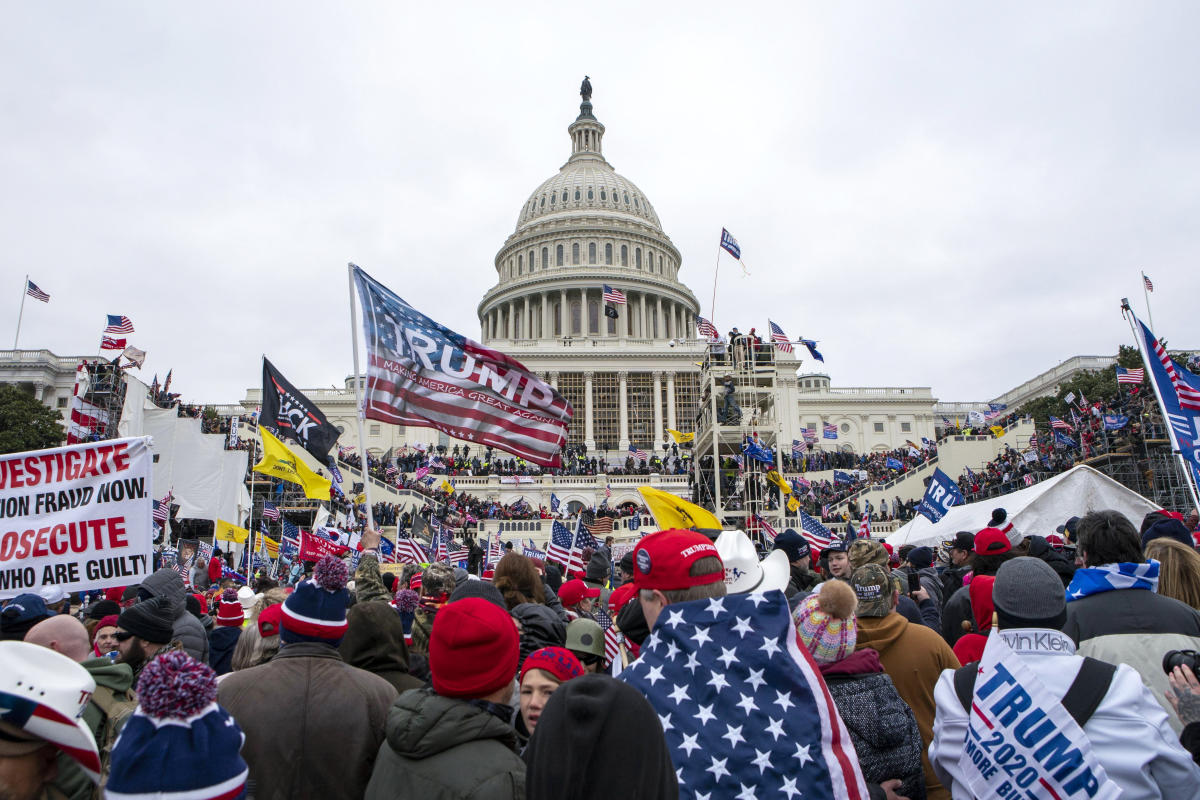 A Delaware entrepreneur has been sentenced to 30 days in prison for storming the US Capitol after watching the riot erupt on television from a Tinder date and taking an Uber ride to join the mob attack according to court records.

U.S. District Judge Thomas Hogan also ordered Jeffrey Schaefer on Friday to pay a $2,000 fine and $500 in restitution for his participation in the January 6, 2021 riot in Washington.

On the eve of then-President Donald Trump’s “Stop the Steal” rally on Jan. 6, Schaefer drove from Delaware to Northern Virginia to spend the night at the home of a woman he had met through online dating app Tinder. The next day, he decided to take an Uber ride to the Capitol after watching the riot on TV at his date’s house in Alexandria.

“He had the Uber driver drop him off at the west end of the Capitol and he approached the Capitol from that drop off point,” Justice Department prosecutor Anita Eve wrote in a police report.

Schaefer entered the Capitol through a broken window near the Senate Wing doors, joined other rioters and spent about 28 minutes in the building before exiting through a door, prosecutors said. He posted several images of the riot on Facebook, including one showing a pile of smashed media equipment.

Schaefer, 36, of Milton, Delaware, was arrested in January 2022. He pleaded guilty in August to one count of parading, demonstrating or protesting inside a Capitol building, a misdemeanor that carries a maximum sentence of six months behind bars.

Defense attorney Joshua Insley noted that Schaefer was not charged with violence or destructive conduct on Jan. 6, when Congress convened a joint session to certify the results of President Joe Biden’s 2020 election victory.

Schaefer owns a charter transportation company based in Milton. Once a “dedicated supporter” of Trump, Schaefer now believes he has been “manipulated and used by those in power and will never face any consequences,” his attorney said.

“While Mr. Schaefer accepts responsibility for his actions, he was guided and urged every step of the way by none other than the President of the United States and a majority of Republican Senators and Congressmen who continued to repeat the ‘Big Lie’. “that the election was stolen by the Democrats,” Insley wrote.

For full coverage of the Capitol uprising, visit https://www.apnews.com/capitol-siege