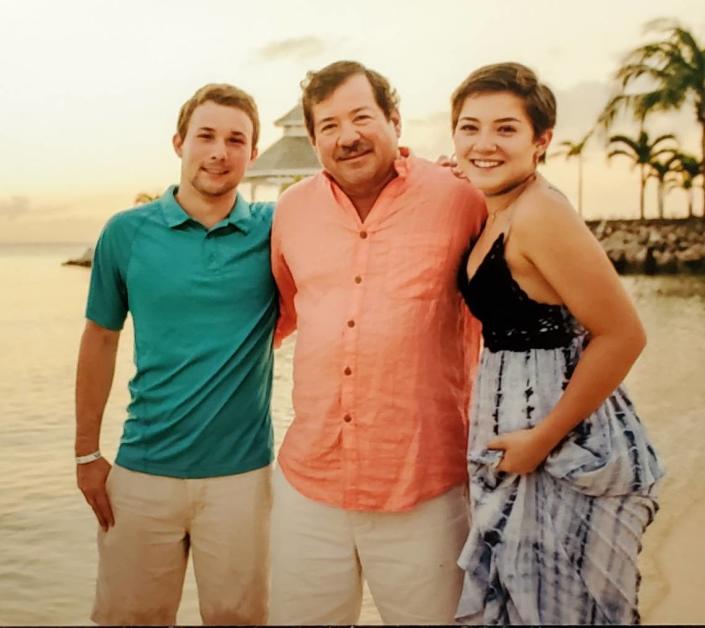 A 19-year-old charged with a fatal hit-and-run outside Arrowhead Stadium last year has been arrested and charged with shooting at a vehicle carrying at least six passengers in Linn County, Kansas, earlier this month.

Thomas Weyer of Kansas City, Missouri, was arrested on November 2 on eight felony charges, more than a year after he allegedly punched and killed Wichita native Steven Hickle outside Arrowhead Stadium during a Chiefs game.

At the time of his arrest, Linn County was out on bail and had to leave the scene of a car accident in Jackson County.

The shooting was reported at about 11:35 p.m. Nov. 1 on U.S. Highway 69 near Pleasanton, about 70 miles south of Kansas City, according to a statement from the Linn County Sheriff’s Office.

A caller told deputies they were heading south on the highway when their vehicle was hit by several bullets, rendering the car useless. Several other passengers were inside.

The suspected shooter got out of his vehicle, which had another occupant, and ran into Pleasanton on foot. Linn County deputies and Pleasanton officers searched for the shooter and questioned the occupants of both vehicles.

Just before 1:30 a.m., Weyer was arrested near a dollar store in Pleasanton, according to the sheriff’s office.

Weyer was charged with six counts of aggravated battery, one count of destroying evidence, and one count of criminal discharge of a firearm.

Three passengers in the car Weyer allegedly assaulted were minors, according to documents filed with the Linn County District Court.

A Gladstone woman, 23-year-old Madison Swanson, was also charged with three counts of endangering children in the incident.

The hit-and-run occurred when Steven and Laurie Hickle were walking back to their car after leaving a Chiefs game against the Buffalo Bills on Oct. 10, 2021, according to documents filed with Jackson County District Court.

Laurie Hickle told police that as Steven Hickle got onto Blue Ridge Cutoff and entered the center exit lane, he was hit by a large blue truck traveling at high speed. Laurie Hickle told police a second vehicle, possibly an SUV, came up behind the truck and hit him. While Steven Hickle was lying in the street, he was also run over by a third vehicle.

According to Laurie Hickle, none of the vehicles stopped and all fled south on Blue Ridge, according to the documents.

In an interview with The Star last year, Laurie Hickle expressed her frustration with the drivers involved.

“It’s like they have no conscience,” Hickle said. “How can anyone beat and kill a man without having a conscience of what he has done?”

In November 2021, police received an anonymous tip from someone who overheard a conversation between a woman and her son ‘Tommy’.

The two were overheard talking about how “Tommy” had “hit something”, panicked and fled, the tipster stated. His mother would have looked under his SUV with a blue light and discovered a large amount of blood.

Weyer later admitted to police in an interview that he ran over Steven Hickle, prosecutors said. He was arrested in May and released on bail later that month.

Laurie Hickle described her husband as a loving family man.

“We had so many plans for the future,” she said.

Weyer’s bail for his Kansas charges is set at $250,000. He will appear in Linn County District Court on December 13.