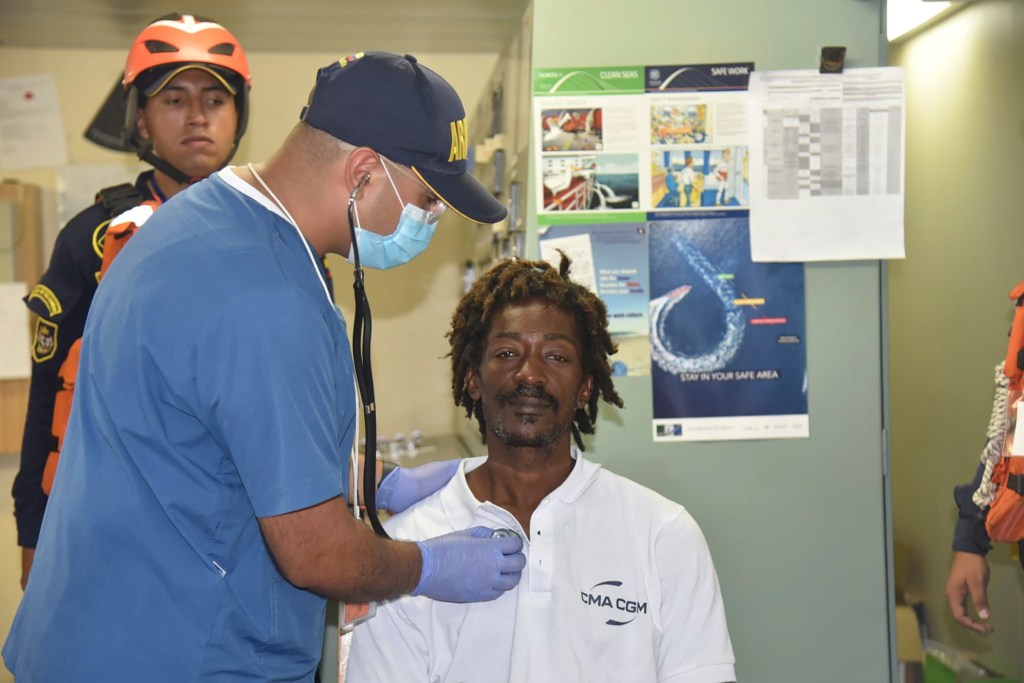 A Dominica man who was lost at sea for nearly a month survived in part by eating ketchup, garlic powder and Maggi spice cubes, officials said.

Elvis Francois, who was rescued from his sailboat this week, also consumed rainwater that he scooped up with a rag during his 24 days in the Caribbean.

The 47-year-old became lost in December when the current pushed his sailboat out to sea while he was making repairs off the island of St. Martin in the Netherlands Antilles, which he calls home, he told Colombian officials.

ALSO READ  'They were devastated': Uncertainty for home seekers with rapidly changing guidance

“I called my friends, they tried to contact me, but I lost the signal. There was nothing to do but sit and wait,” Francois explained in a video released by the Colombian Navy.

He was eventually spotted by a passing plane when he used a transom as a signal and wrote the word “help” on the boat’s hull, officials said.

A passing container ship picked him up about 120 nautical miles northwest of the port city of Cartagena, Navy officials said.

Before miraculously surviving, François said he had to consistently drain the water from the boat to keep it from sinking. He tried to start a fire as a distress signal, he said, but failed.

“At one point I lost hope and thought about my family, but I thank the Coast Guard. Without them I wouldn’t be telling the story’, François said.

Commander Carlos Urbano Montes said Thursday that Francois is in good health after a medical checkup, but apparently has lost some weight.

The Navy said he was given to immigration officials after the medical check so he could return home to Dominica.