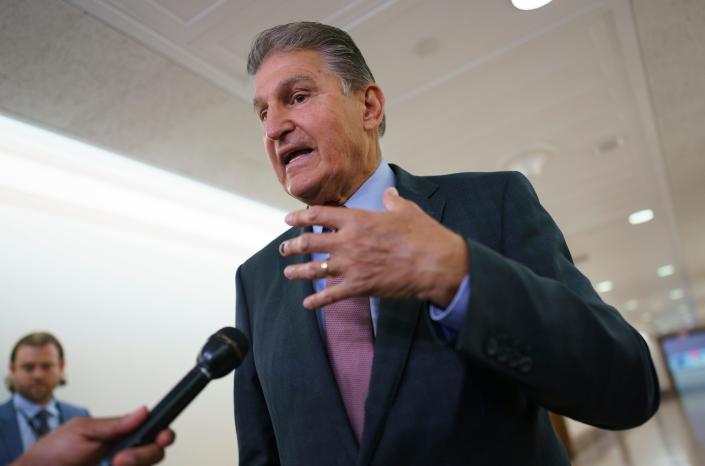 WASHINGTON – Sen. Joe Manchin declined to answer Sunday whether he will support President Joe Biden in 2024, and did not say whether he wants Democrats to retain control of the House.

“Everyone is worried about the election. That’s the problem,” said Manchin, TBEN.Va., when asked by TBEN’s Jonathan Karl whether he would support Biden if he ran for office again in 2024.

He added that he will not run in the next two election cycles, but would rather focus on the current president.

Manchin, who was asked several times Sunday by Chuck Todd on NBC’s “Meet the Press” whether he hoped Democrats would retain control of the House and Senate, responded by saying that “people are tired of politics.”

Democrats have a narrow margin in the House and are widely expected to lose control in the November election. The Senate is equally divided among the parties.

When Todd Manchin asked if he thought this year’s election results mattered, Manchin said he respects everyone he has to work with and the states they represent.

“Whatever the voters choose,” Manchin said. “I’ve always taken the approach, whoever you send me is your representative and I respect them. And I respect the state for the people they send, and I do my best to work with them, to bring the best to do for my country.”

Manchin, who will be re-elected in 2024, has opposed some key pieces of Biden’s domestic agenda by refusing to support the Build Back Better bill for social spending, saying it was too expensive.

But last week, he and Senate Majority Leader Chuck Schumer agreed on a bill that would include some climate change provisions and allow Medicare to negotiate drug prices.

This article originally appeared on USA TODAY: Joe Manchin Won’t Say If He Will Support Biden For Re-election In 2024