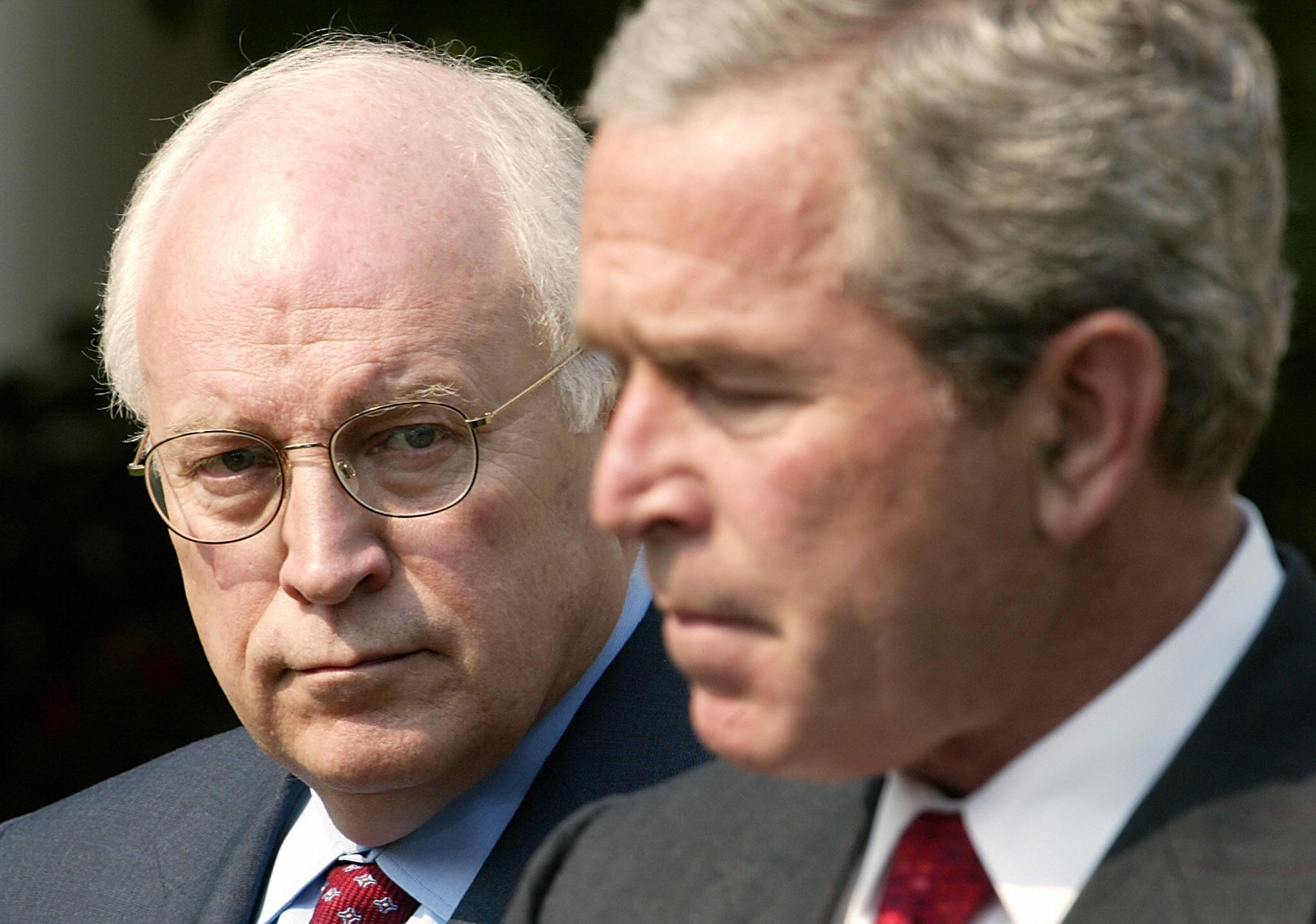 “In the 246-year history of our country, there has never been a person more threatening our republic than Donald Trump,” said former Vice President Dick Cheney in a campaign ad released Thursday for his daughter’s floundering reelection campaign. .

Cheney bases this assessment on his claim that Trump is a liar. According to Cheney, Trump is “a coward” and not a “real man” because “a real man wouldn’t lie to his supporters.”

Would a “real man” lie to the? world? That’s what Dick Cheney did.

As Donald Trump famously said in 2016 during the Republican debate just before the South Carolina primaries (which Trump won): “Obviously, the war in Iraq was a big, fat mistake. they lied. They said there were weapons of mass destruction. They weren’t there, and they knew they weren’t there.” (emphasis added)

Cheney — widely regarded as the mastermind behind President George W. Bush’s disastrous administration — was one of the architects of the Iraq War.

Cheney’s short-sighted hybrid foreign adventure cost America and our allies a lot of blood and treasure, not to mention the horrors his war has inflicted on the Iraqi people.

A full reckoning of Dick Cheney’s misdeeds is beyond the scope of one article. (Did I mention the brutal torture of Iraqi prisoners that the Secretary of Defense of the Bush-Cheney administration sanctioned, according to the US brigadier general who ran the prison? That alone would take several volumes.) But let’s look at it. the big lies.

First, the Bush-Cheney administration told us that Saddam Hussein had weapons of mass destruction. We were told that Iraq had tried to buy uranium oxide, also known as yellowcake. That turned out to be completely fake. So were all attempts to tie Saddam Hussein to the 9/11 attacks. Yes, Saddam Hussein was a bad man, but he posed no threat to the United States. And we now know that the government at the time also knew that their weapons of mass destruction “intelligence” was “inaccurate”. But that didn’t stop them from launching an invasion into a country that posed no threat to us.

Second, we were told by the Bush-Cheney administration that the US armed forces “would be greeted as liberators.” The invasion would be, as one staggering neocon put it, a “cakewalk.” In fact, there were a total of 4,598 American deaths in Iraq, with an additional 32,000 injured.

Third, we were told by the Bush-Cheney administration, backed by their neocon cheerleaders (most of whom happen to be the most ardent Never Trumpers), that Operation Iraqi Freedom would spark a wave of democratization in the Middle East. . Instead, it sparked a wave of sectarian fighting, suicide bombings, regional instability, civil wars, migrant crises and a genocidal ethnic cleansing of ancient Christian communities, leaving few Christians in the region that spawned Christianity.

As many as 306,000 civilians and troops died in the Iraq war, and about three million Iraqis were displaced as refugees. The true extent of the devastation can never be ascertained. 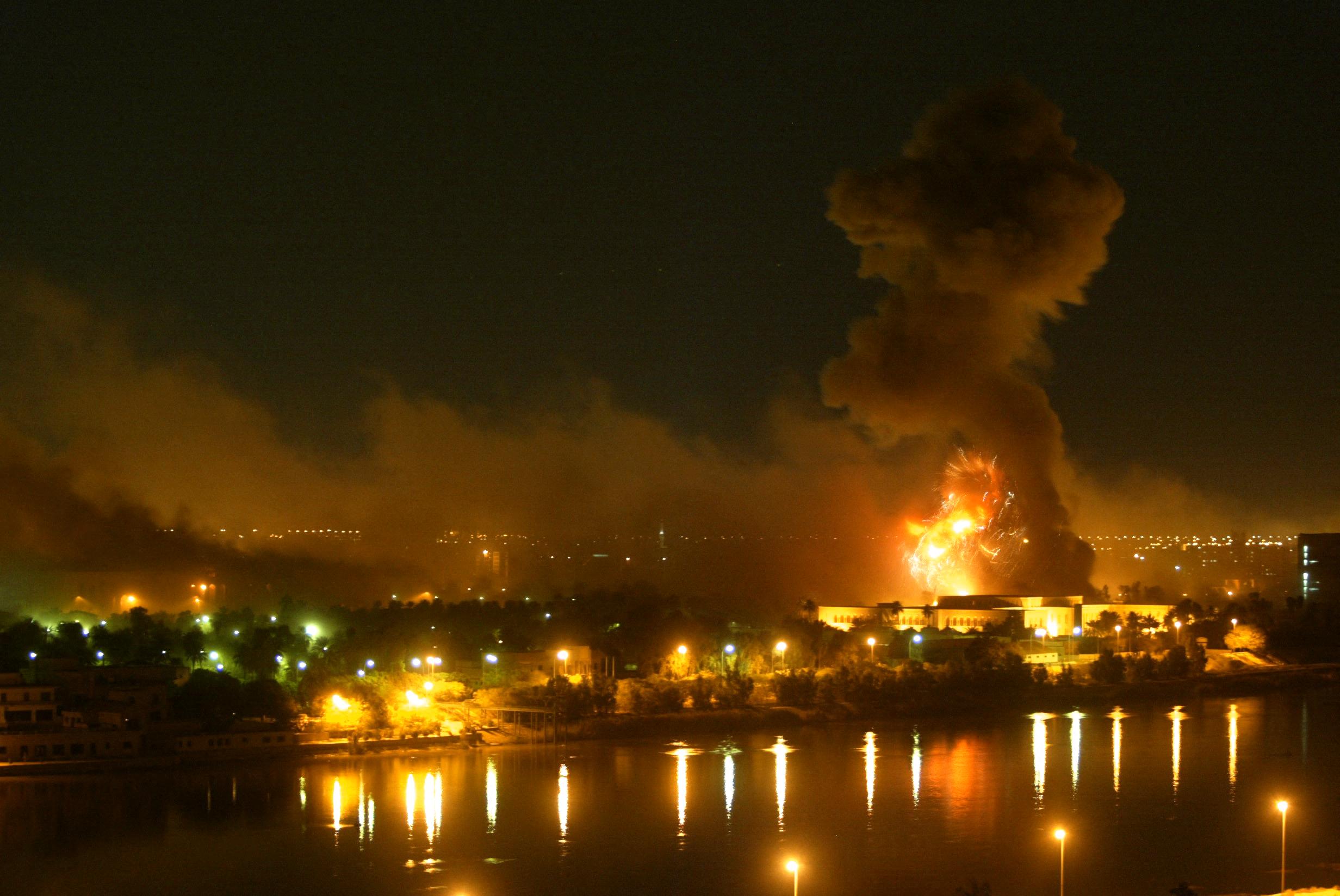 The Presidential Palace building in Baghdad burns down on March 21, 2003 during the massive US air raid on the Iraqi capital. (RAMZI HAIDAR/Getty Images) 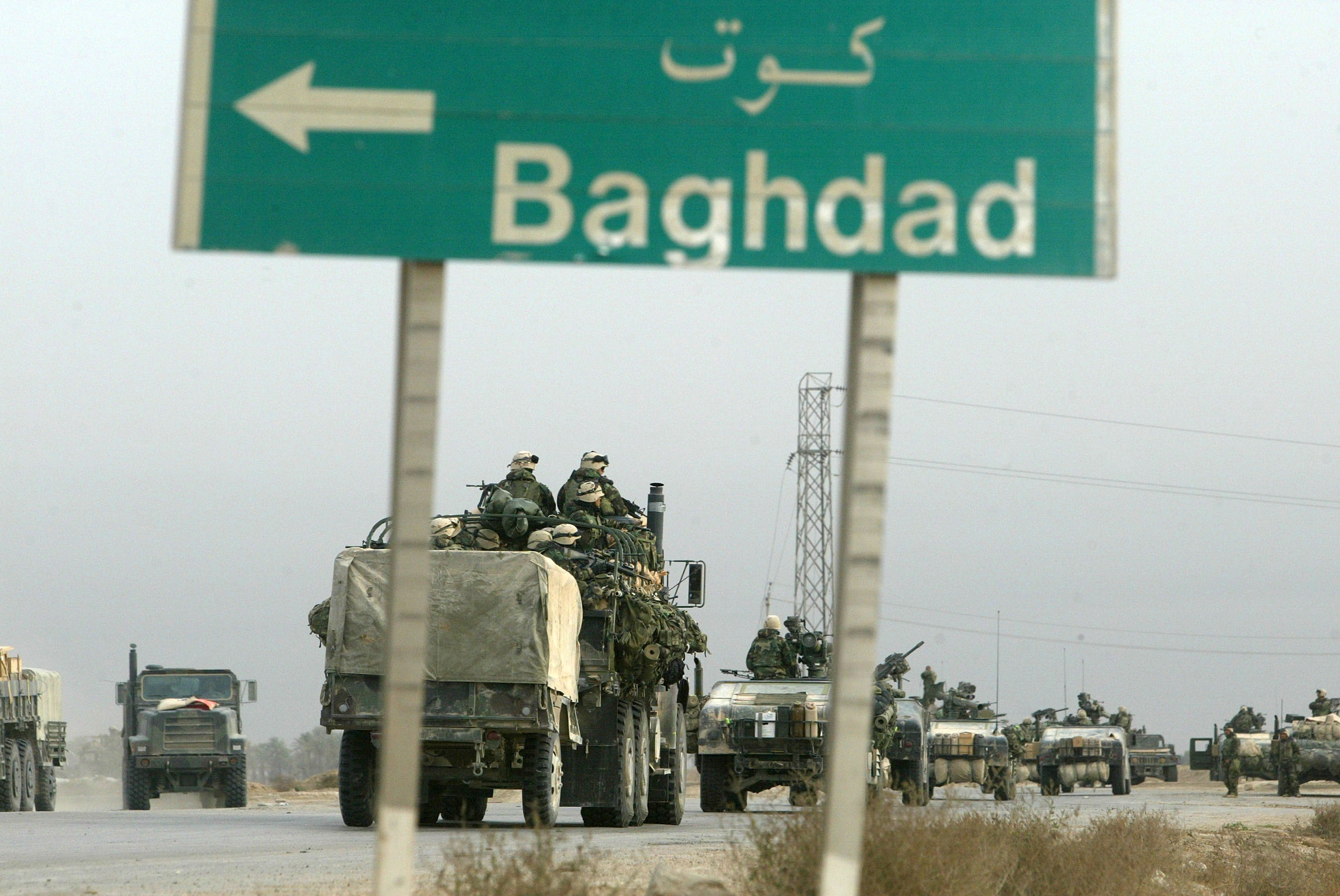 US Marines pass a sign pointing the way to Baghdad as they continue their march toward the Iraqi capital on March 25, 2003 in the southern Iraqi city of Nasiriyah. (Joe Raedle/Getty Images) 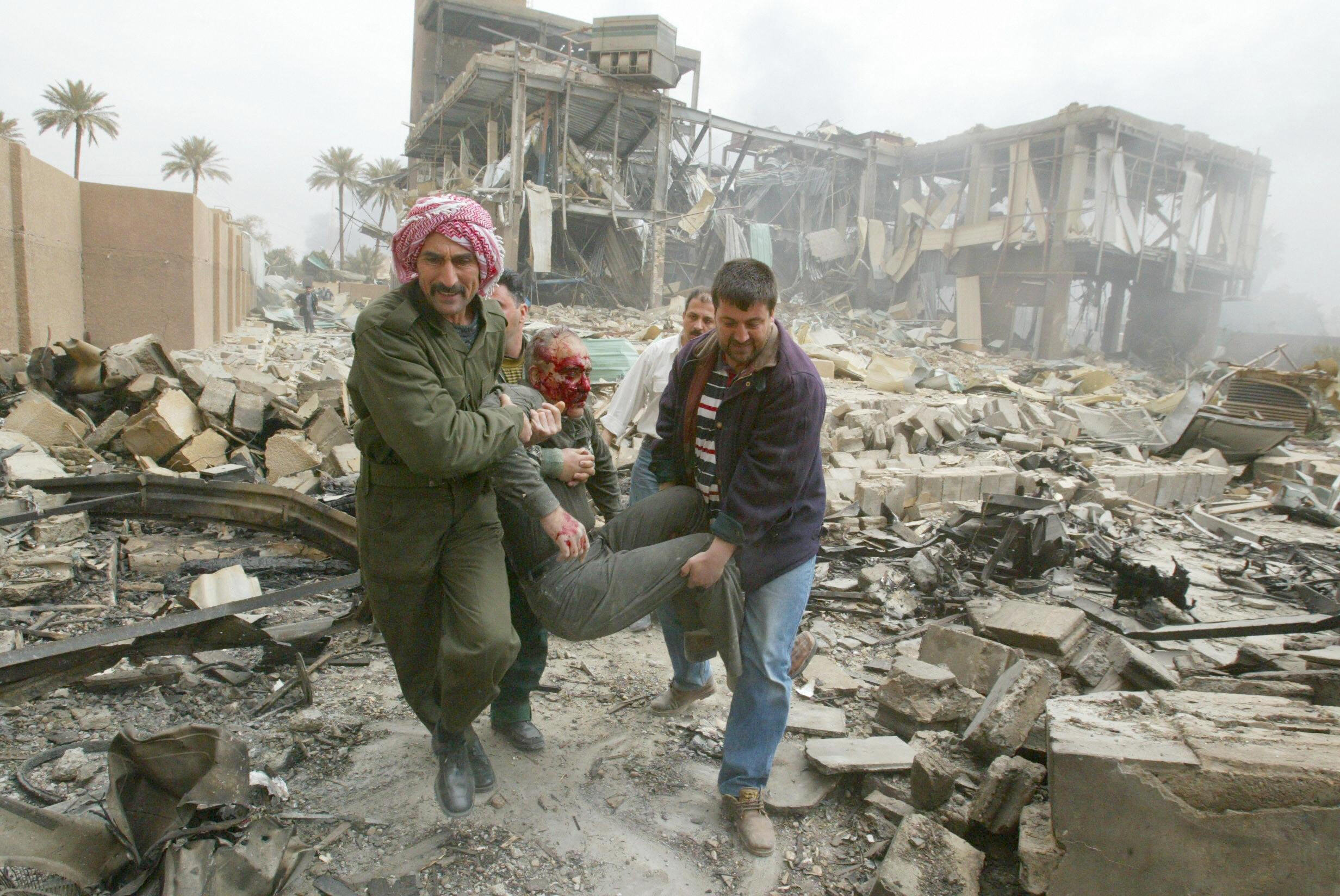 Majed Najaf (R) transports injured Hafez Abu Haidar, an employee of the al-Salhiya telecomunications center, after being hit by a US missile during an airstrike on Baghdad on March 30, 2003. (PATRICK BAZ/Getty Images) 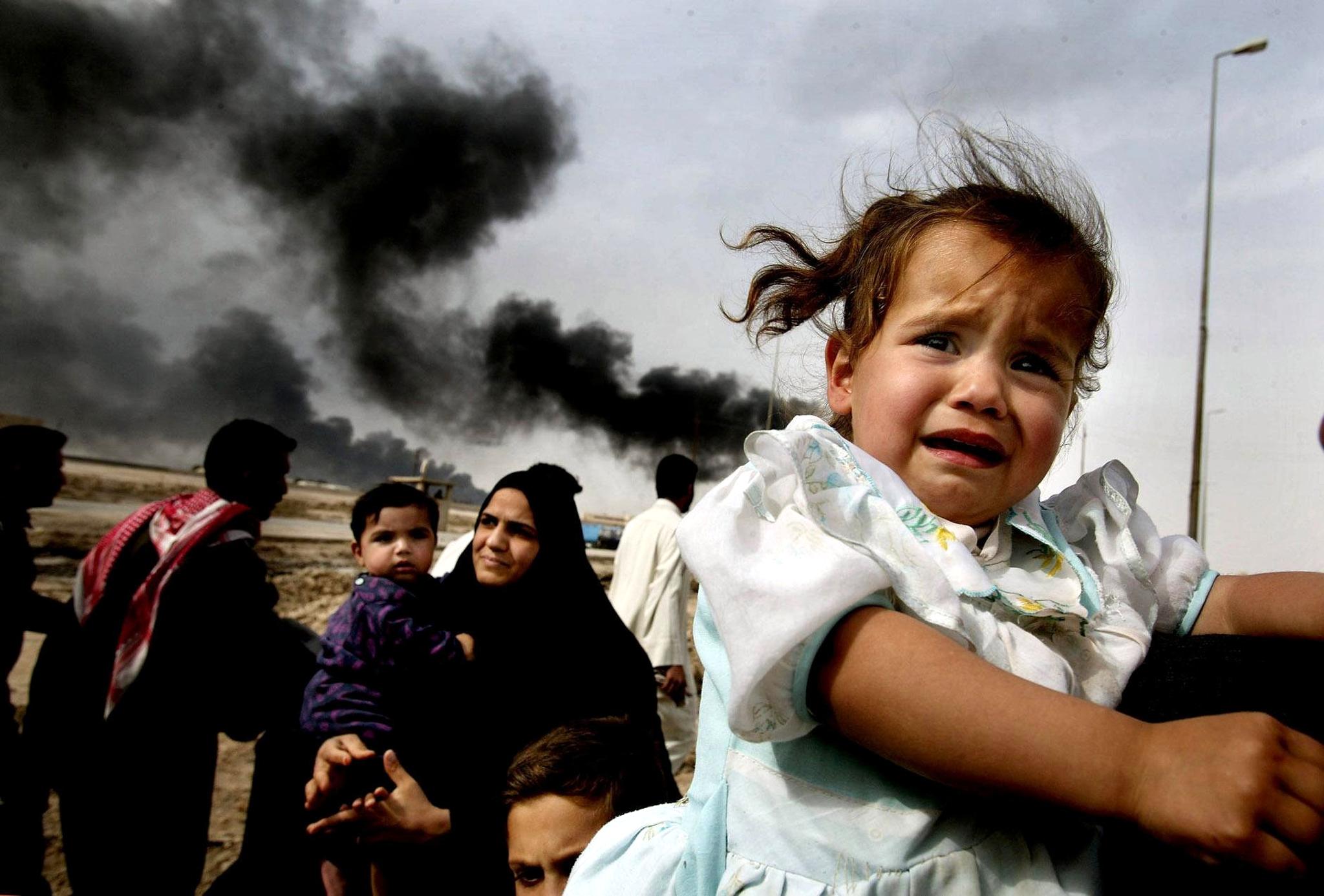 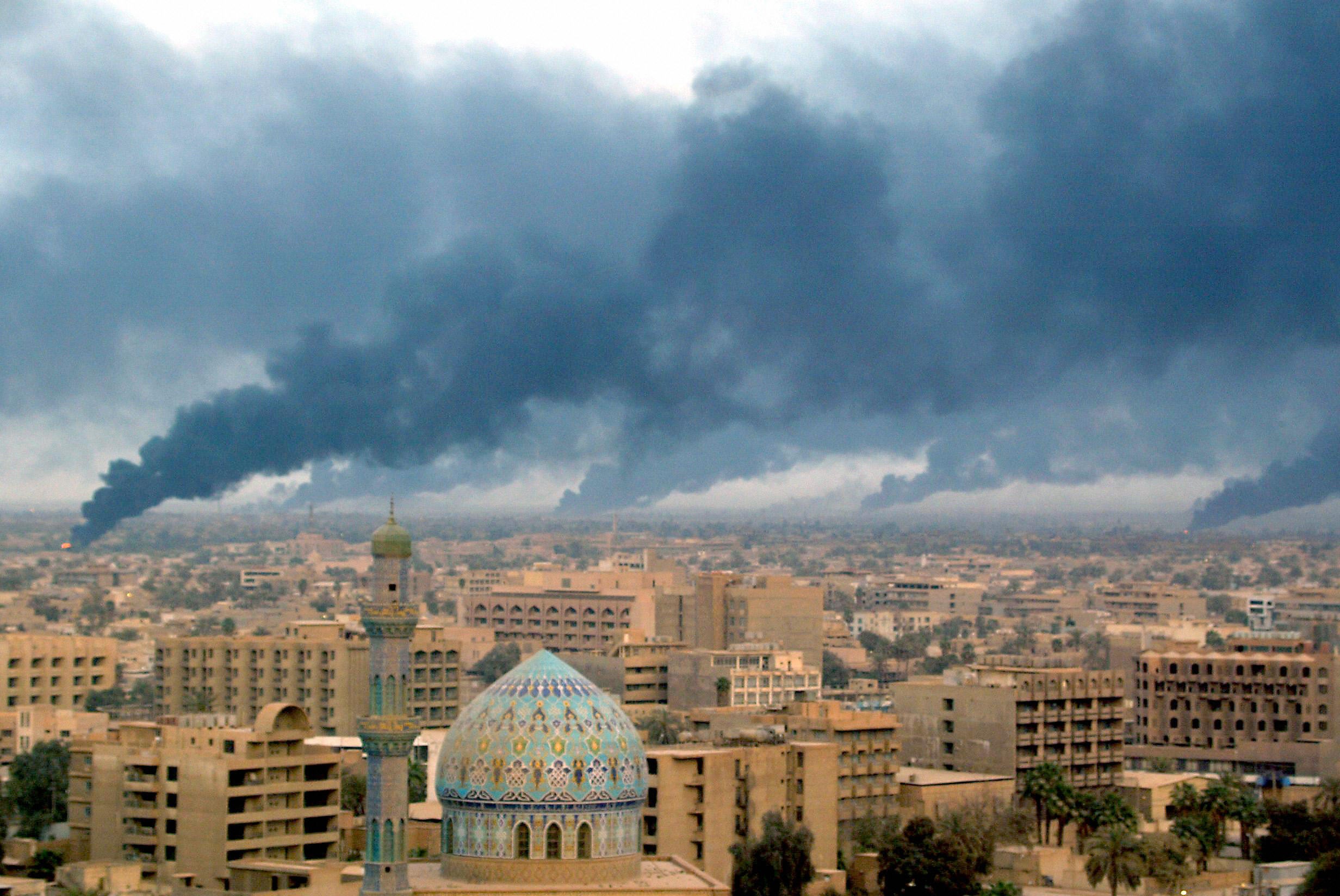 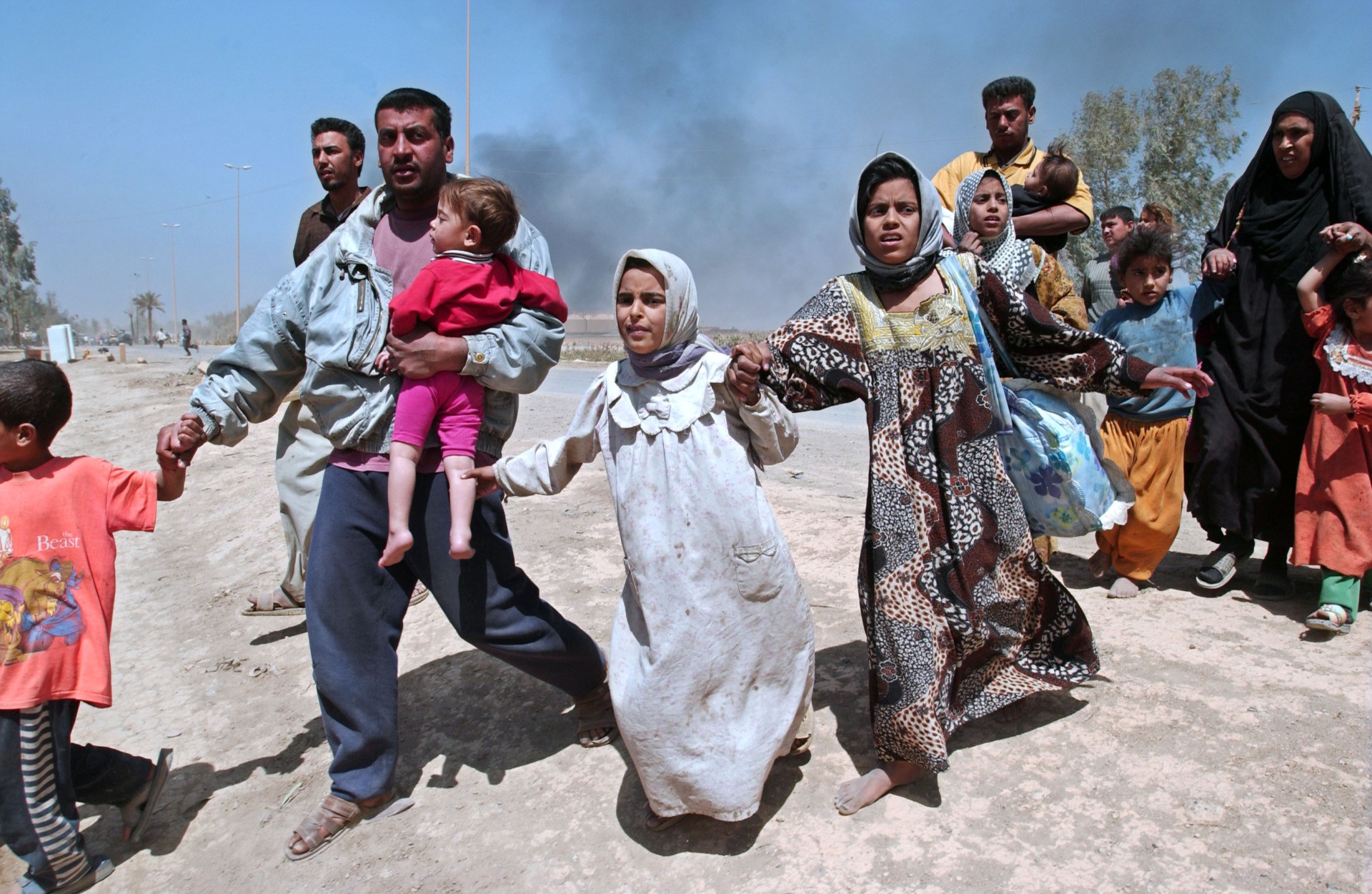 Iraqis fled Baghdad on April 11, 2003, as the capital fell into chaos with widespread looting and lawlessness, two days after US forces captured the city. (ERIC FEFERBERG/Getty Images) 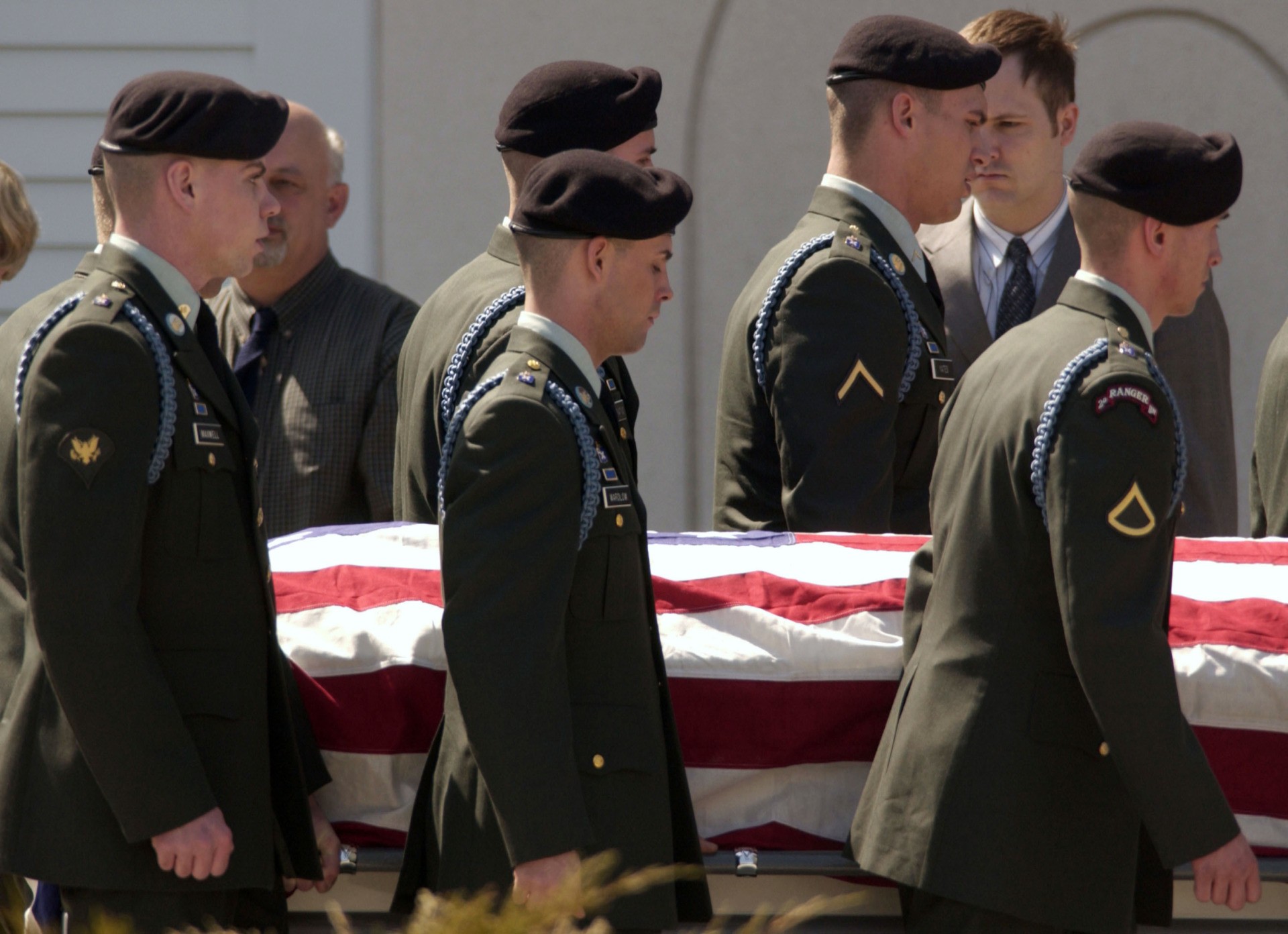 Members of the Fort Drum Honor Guard carry a US Army Spc coffin. Mathew Boule, 22, killed in Iraq during his funeral on April 15, 2003 in Dracut, Massachusetts. (Jacob Silberberg/Getty Images) 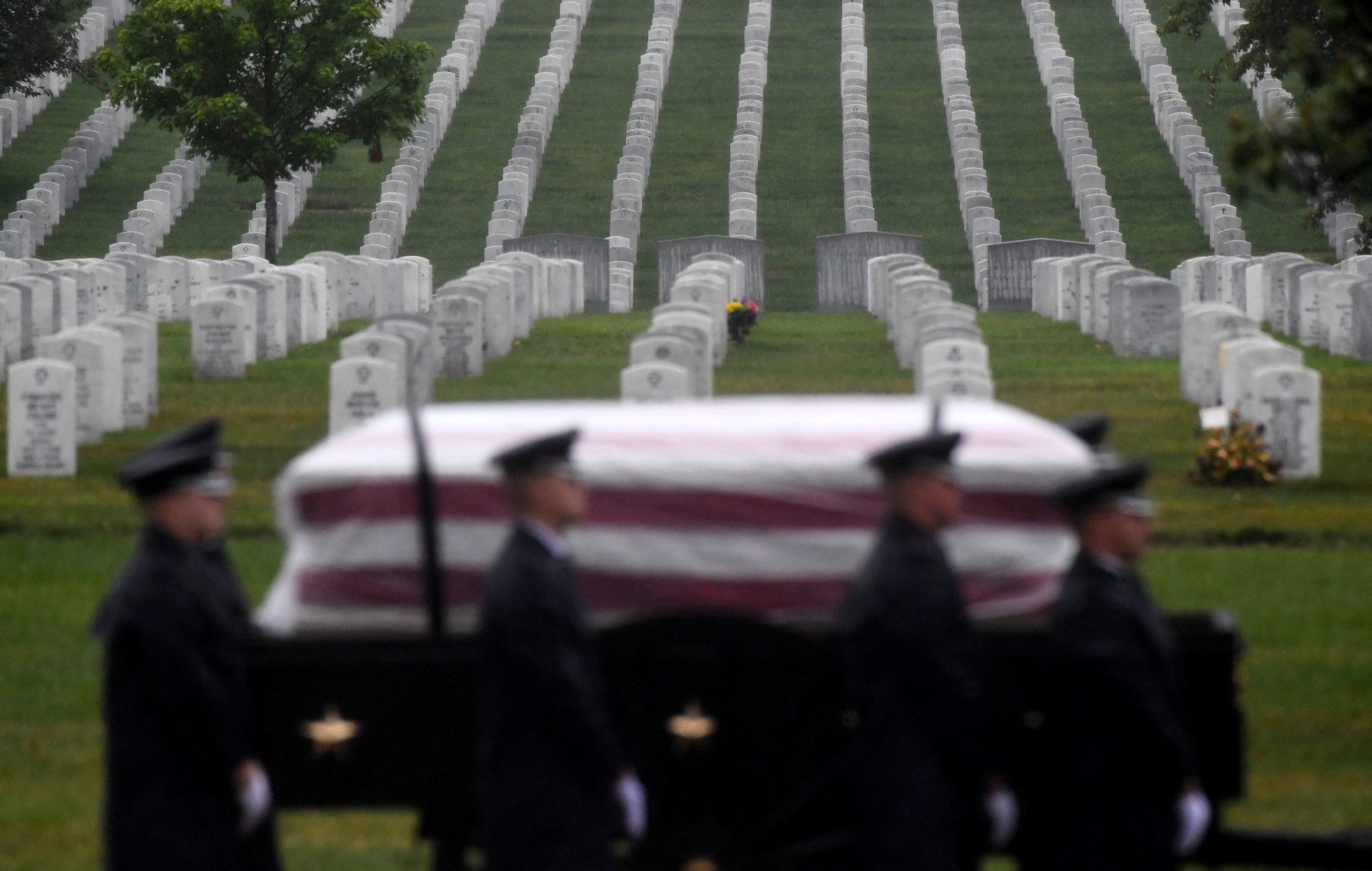 Members of the Old Guard stand next to the coffin of an American soldier killed in Iraq during a funeral ceremony at Arlington National Cemetery. (OLIVIER DOULIERY/Getty Images) 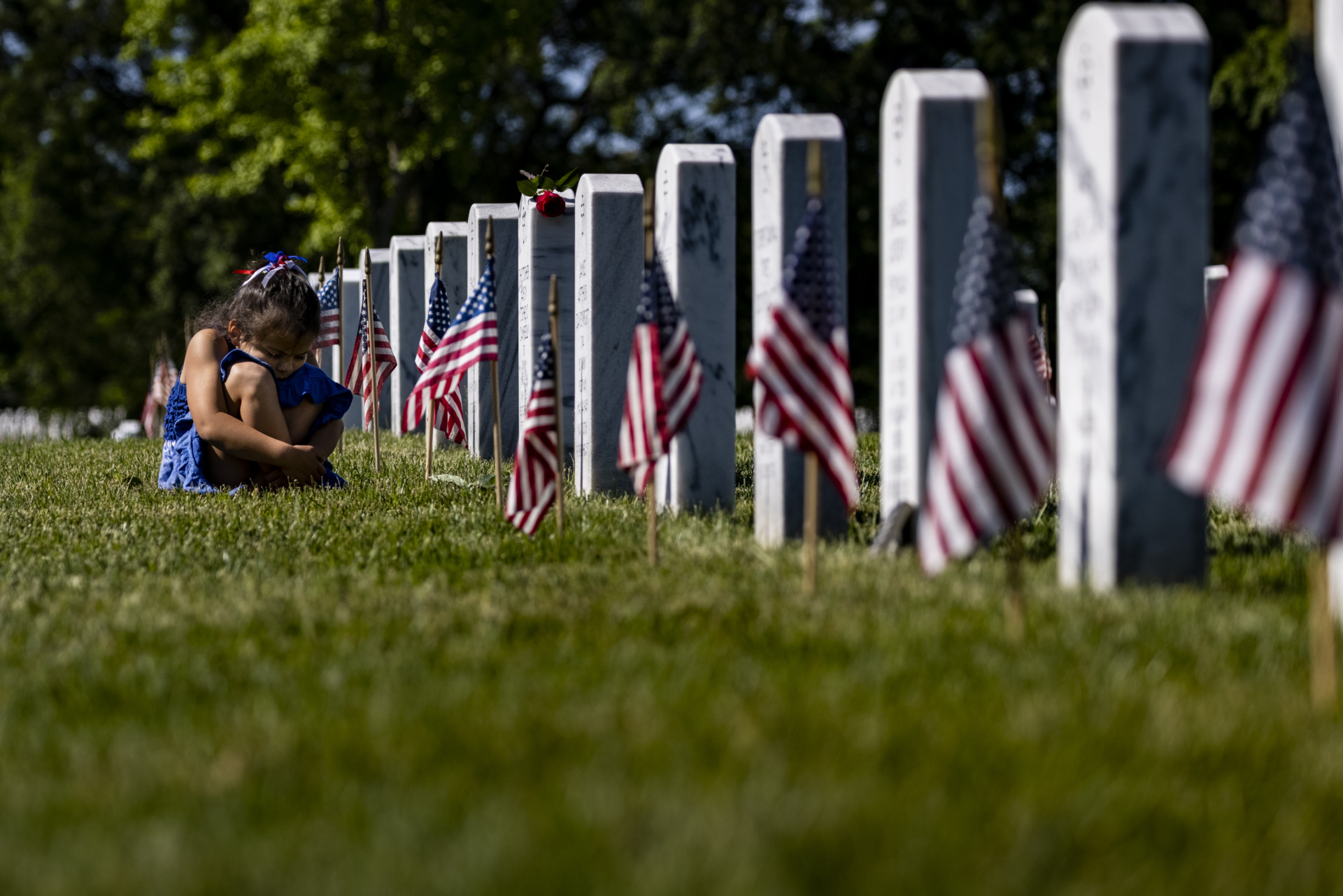 A little girl sits in the grass among the tombstones of those killed in the wars in Iraq and Afghanistan on Memorial Day 2021 in Arlington, Virginia. (Samuel Corum/Getty Images)

Think of all the soldiers who died because of Cheney’s lies.

Think of all the veterans who came home forever scarred because of Cheney’s lies.

Think of all the American children who grew up without a father or mother because their parents served in a war started because of Cheney’s lies.

Think of all the innocent Iraqis who saw their homes destroyed, their land looted and their world turned upside down, all because of the lies of Dick Cheney and his mini-me George W. Bush. The effects of their lies will be felt for generations.

But Dick Cheney wants us to believe that Donald Trump is “a greater threat to our republic” than anyone in our 246-year history.

Sorry, Dick Cheney. If anyone has earned that accolade, it’s you.