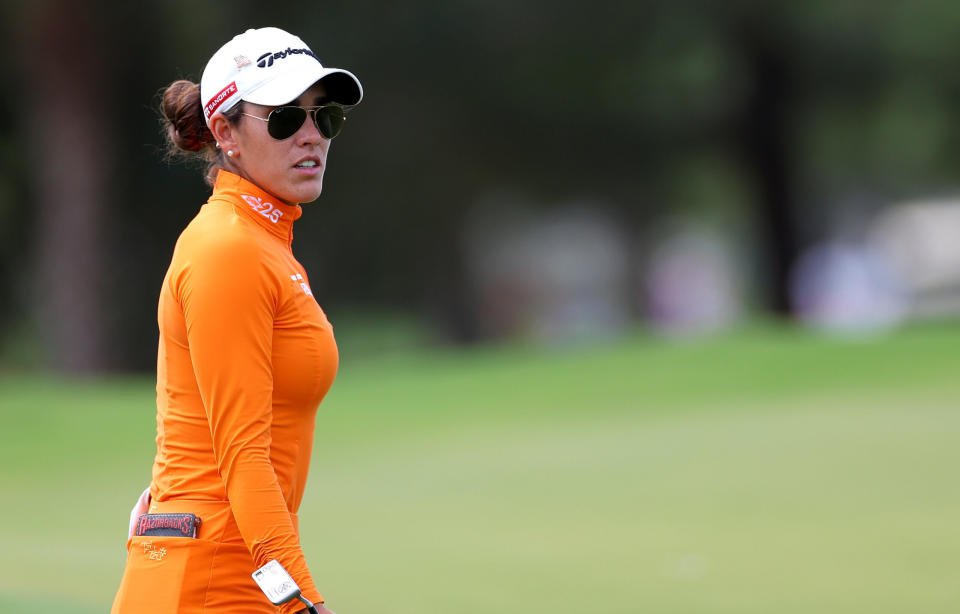 Maria Fassi is still looking for her first LPGA win. She is in position to be No. 1 thanks to an opening round bogey-free 8-under 62 at the weather-delayed Pelican Women’s Championship at Pelican Golf Club in Belleair, Florida.

The 24-year-old used seven birdies (including a three-straight stretch on numbers 5-7) and an eagle on the par-5 14th to gain a two-shot lead over five players, including Lexi Thompson.

Fassi’s best results this season are two solo thirds, one at the Dow Great Lakes Bay Invitational in July and the other at the Kroger Queen City Championship in September. Her last start came last week at the Toto Japan Classic where she finished the week solo in 70th place.

Thompson’s round wasn’t flawless, as she bogeyed on the par-4 second, but like Fassi, the 27-year-old had an eagle on the map on the par-5 seventh.

ALSO READ  Tiger Woods pulls out of Hero World Challenge this week with foot injury and hopes to play in Match, PNC Championship

Lizette Salas is part of a pack at 5 under, while Jennifer Kupcho opened the Pelican with a 1-under 69.

Due to the impact of Hurricane Nicole, the event has been shortened to 54 holes.