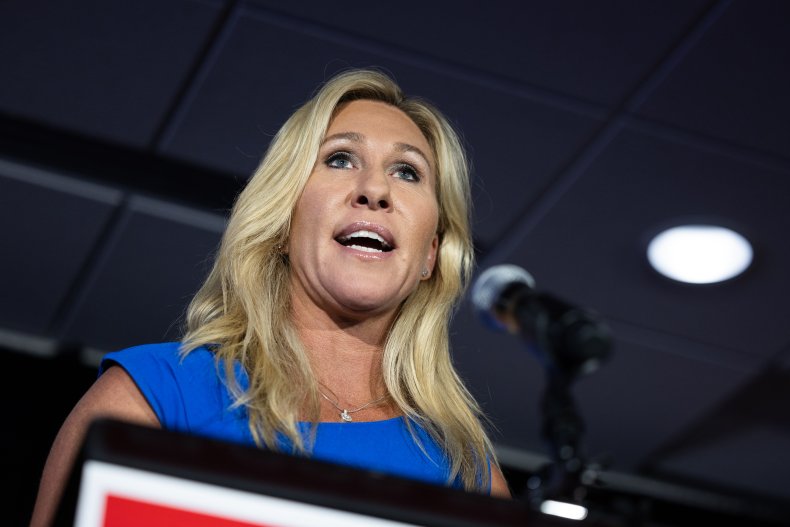 Republican Representative Marjorie Taylor Greene shared a video on Twitter arguing that the 2020 presidential election was stolen by a combination of the COVID-19 pandemic and voter fraud.

Greene, who was recently appointed to serve on the powerful House of Representatives oversight committee, shared the video titled “How to Steal an Election” Saturday morning.

In just over a minute, a narrator claims a massive conspiracy to steal the 2020 presidential election from Donald Trump involving the media, “Big Tech”, the Democratic Party, and others, with a particular focus on President Joe Biden.

Former President Trump and his allies have long made baseless claims that the election was “stolen” from him through massive voter fraud and other irregularities, but these claims have been consistently rejected by election officials from both parties and by the courts.

The video Greene shared is not new and has been online at least since September 2021 on screencast-o-matic.com, a video creation and editing website.

At the beginning of the video, the narrator says, “Start with a virus imported into America,” referring to the COVID-19 pandemic that hit the US from the early months of 2020.

The video then suggests that COVID-19 was used to “blame the president. Keep blaming. Blame some more” and then mentions small business shutdowns, as the narrator says, “Kill the economy.”

When voting by mail is mentioned, there is a short excerpt from John Carpenter’s 1988 film They live, a cult classic in which aliens and their human collaborators secretly rule the world. Images of a burning car appear when the voiceover mentions riots.

The video then moves to Biden, who initially shows former Democratic Representative Tulsi Gabbard — who has since left the party — saying, “Pick a candidate. No, not her.”

Gabbard sought the 2020 Democratic presidential nomination but performed poorly in polls, dropping out in March of that year and endorsing Biden.

The video further suggests that polls showing Biden ahead of Trump were manipulated, that software designed to steal elections was installed in swing state voting machines and that ballot boxes were filled with extra ballots in favor of the president.

“Let the media say it’s over. Call the Big Tech guys. Ban anyone who finds out,” the narrator says as an image of a suspended Twitter account is shown. “Pretend it never happened. Steal the most powerful republic in the world? It’s that easy.’

By January 2021, more than 50 lawsuits brought by former President Trump and his allies challenging the results of the 2020 election had been dismissed by state and federal courts, according to a Reuters fact-check.

On November 12, 2020, U.S. election security officials issued a joint statement saying the election was “the safest in U.S. history.”

“There is no evidence that any voting system has removed or lost votes, altered votes or been compromised in any way,” the statement said.