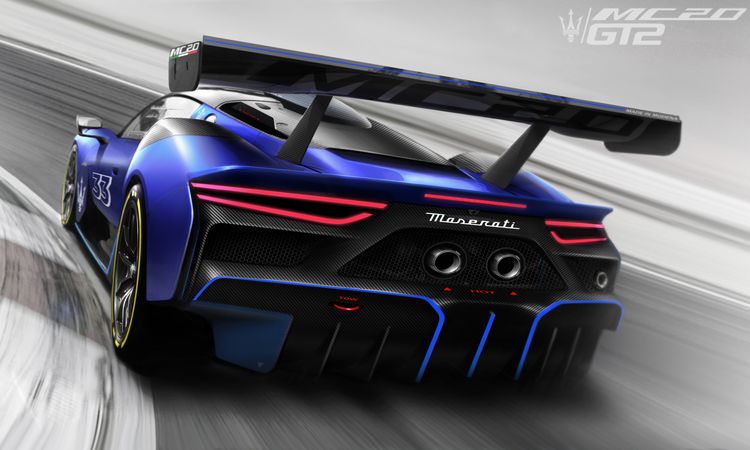 Maserati will return to closed-wheel GT 2 racing with the new MC20 GT2 after more than a decade of absence from the sport. The Italian carmaker last competed in the European GT2 series between 2004 and 2010 with the iconic MC12. The announcement was the first second regarding its return to the world of motorsport, with the company also entering Formula E as a manufacturer.

Davide Grasso, CEO of Maserati: “We are driven by our passion, both on the road and on the track. We have a long history of excellence in motorsport and we are extremely proud to race the extraordinary MC20. Racing has always been Maserati’s natural habitat and now, in both the Fanatec GT2 European Series Championship and the Formula E Championship, this brand is making a fresh start from its roots to build the future.”

The new GT2 is based on the mid-engined MC20 supercar, retaining the Nettuno V6 engine, but with several motorsport-related upgrades to qualify to race in the 2023 season of the Fanatec GT2 European Series Championship.

The GT2 gets a heavily revised aero package, along with a fully adjustable suspension and FIA-spec fuel tank and roll cage.

The GT2 car gets a much-improved aero package over the road-going MC20, including new bumpers, a massive rear wing, revised fenders and side skirts, and also a new hood. It also gets an extra scoop on top of the rear engine compartment to suck extra air into the engine, along with oversized vents on the rear fenders. The car sits on center-locking 18-inch forged aluminum wheels with adjustable race-spec suspension and front and rear anti-roll bars.

The cabin has also been stripped down with only the essentials on board, such as air conditioning, adjustable steering wheel and pedal box, a 6-point racing harness and a racing seat. The passenger seat has also been removed to save weight. Other upgrades include an FIA-certified roll cage, fire suppression system and a 120-litre fuel tank.

As previously mentioned, the 3.0-litre Nettuno V6 will be retained, although Maserati has not released official power figures. The company says the base engine will develop 621 horsepower, while the actual power varies at the time of entry into the racing series. The unit is mated to a 6-speed sequential racing gearbox. The brakes have also been upgraded for the racing series.