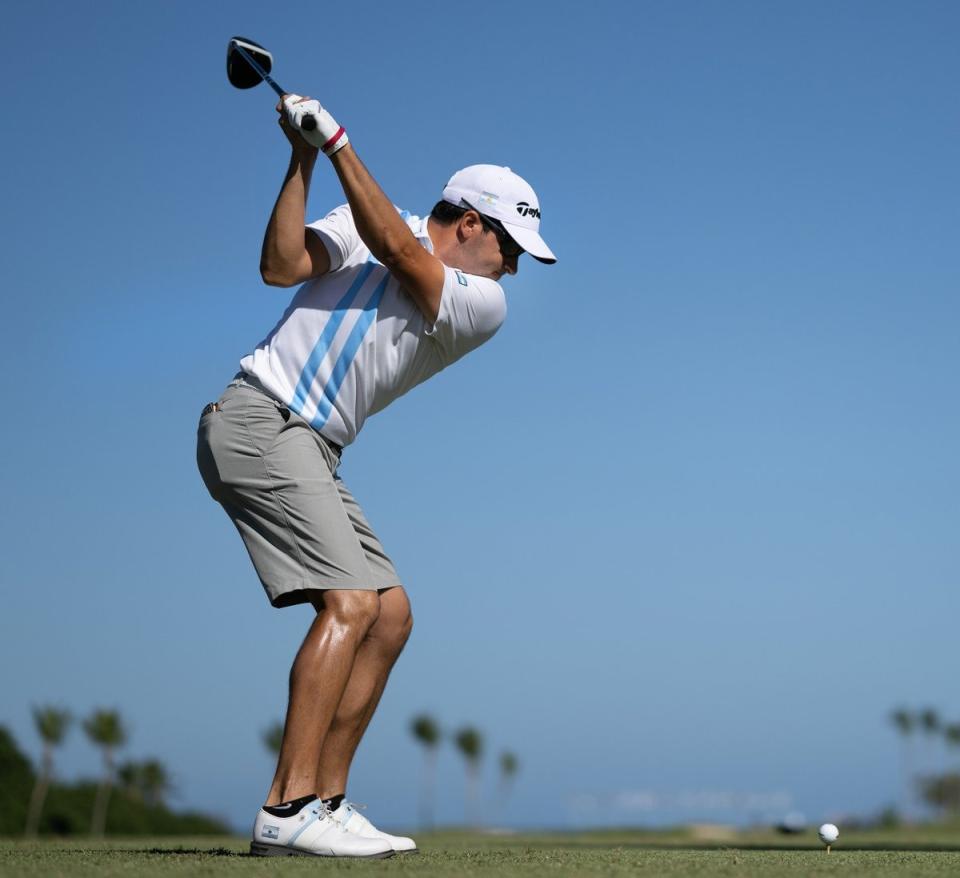 It is safe to say that Mateo Fernandez de Oliveira wants to leave no doubt.

Last year in Arkansas, the senior finished second at the Latin America Amateur Championship. He narrowly missed an invitation to two majors, including the Masters.

This year, the Argentinian has taken the lead with 18 holes left to play. Fernandez de Oliveira went low on the moving day, fueled by a series of five birdies in as many holes on the back nine to shoot 9-under 63 and gain a four-shot advantage for Sunday’s final round at Grand Reserve Golf Club in Puerto Rico. He sits at 18 down for the tournament, second-round leader Luis Carrera, who is from Mexico and is a fifth-year senior at UCF.

Fernandez de Oliveira’s 18-under total is an LAAC record 54 holes. In addition, his score of 9 under in the third round equals Joaquin Niemann’s tournament record.

Fellow Razorback teammate Julian Perico is tied for third at 13 under. Perico fired a 5-under 67 during the third round. He is tied with Vicente Marzillo, who shot under 6 on Saturday.

Fernandez de Oliveira had the best round of the day with two shots, but the highlight came when he made a birdie for numbers 11-15 to take the lead. He also finished on a high note, with a birdie on the par-4 18th to cap off his bogey-free round.

The runner(s)-up is exempt from participating in the final phase of qualification for the US Open and Open Championship.