Indoor CS Fred Matiang’i surprised a widow with a new home when he handed over the keys on Friday, November 20, 2020.

CS Matiang’i unveiled the new home in Kibichiku, Kiambu County, for which he had donated money, alongside senior members of the National Police Department.

The widow had lost her husband, John Njenga, a policeman who died in a terrorist attack at Yumbis Police Camp in Dadaab, Garissa County in July.

Interior CS Fred Matiang’i and Kiambu Woman Rep Gathoni Wamuchomba with the family of the late John Njenga on November 20, 2020

“Today we honor the memory of John Njenga, a valiant policeman who lost his life in the attack on Garissa Yumbis. I am grateful to the senior officers of NPS who, out of love and sympathy, contributed to the completion of the house of the late Njenga ”, declared the CS by handing him the keys. 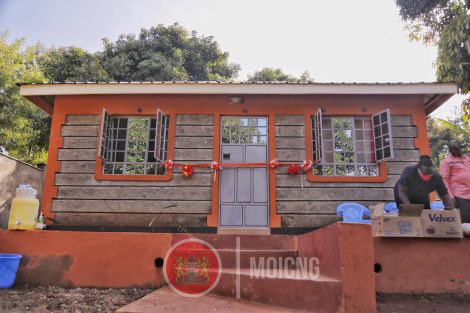 New house given to the family of the late John Njenga by the interior CS Fred Matiang’i on November 20, 2020

The late officer was swift in his actions to repel suspected al-Shabaab assailants.

Njenga died of injuries at Hagadera IRC Hospital where he and his colleagues were being treated.

The families of the departed police officers had to wait long periods of time before accessing tip funds.

There is also a widows and children’s pension scheme which, although not paid in a lump sum, is also sent to the bereaved family.

Police officers also benefit from an insurance scheme which is part of the ongoing reforms within the national police. 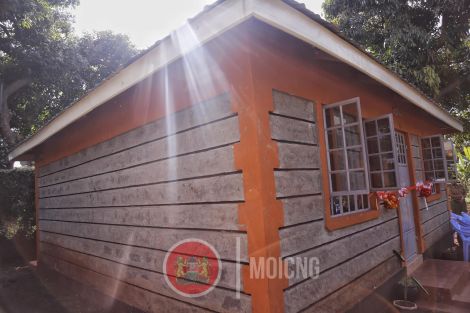 New house given to the family of the late John Njenga by the interior CS Fred Matiang’i on November 20, 2020

5 tips for Nairobi newbies when they arrive in the CBD