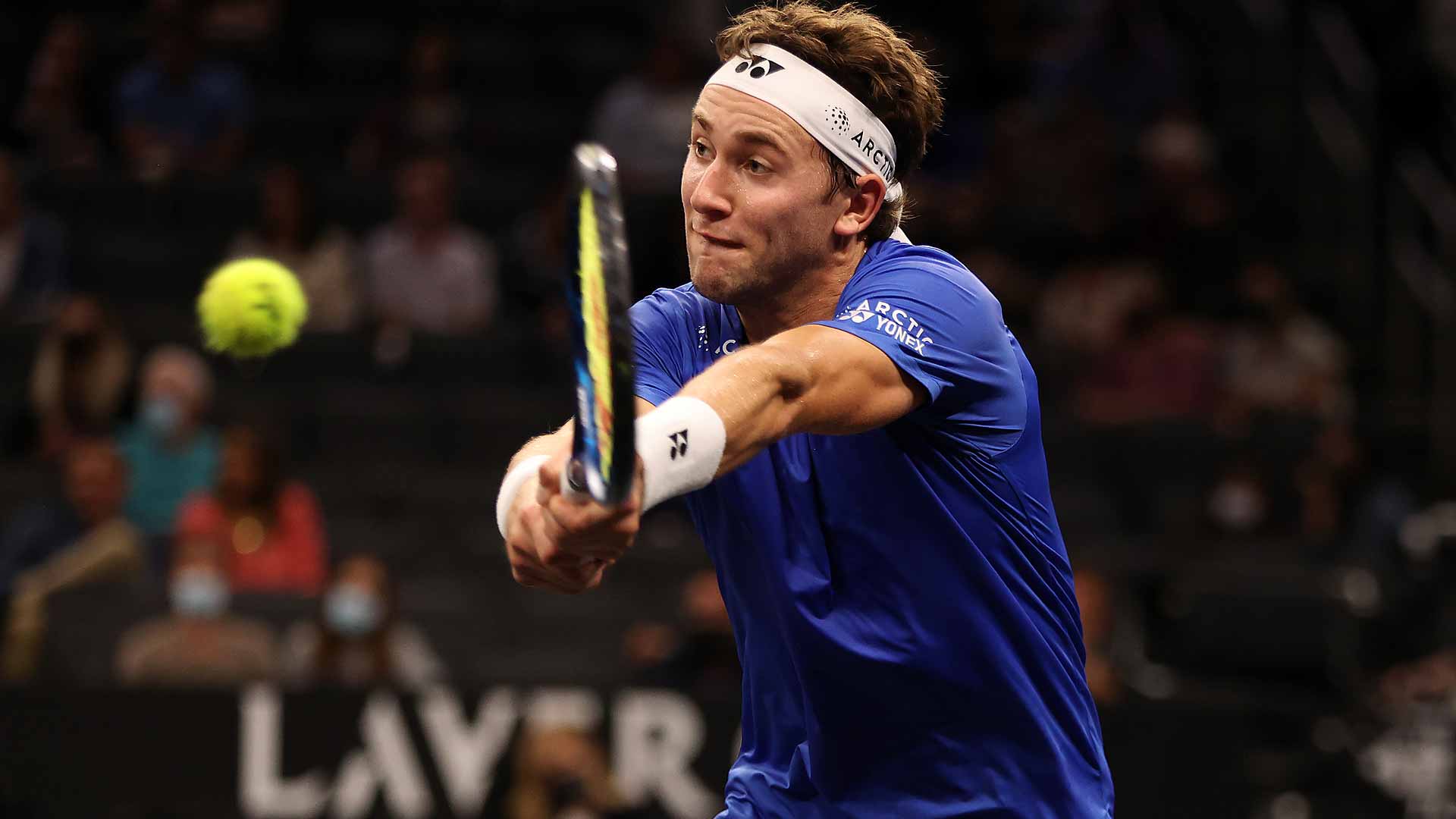 Matteo Berrettini was on the ground for most of his Laver Cup game against close friend Felix Auger-Aliassime on Friday in Boston. But the Italian didn’t panic and edged the Canadian 6-7 (3), 7-5, 10-8 to give Team Europe a 2-0 lead against Team World.

The Italian faced 13 break points, but saved 12 to keep in touch with the recent US Open semi-finalist. And after a thrilling two hours and 52 minutes inside the TD Garden, Berrettini triumphed with a backhand shot that an Auger-Aliassime dive couldn’t reach.

“I felt the game was really tough. Felix was playing great, giving me nothing, no mistakes, serving very well. I felt a different energy. I was playing for my team, not just for myself,” a Berrettini said in his field interview. “I felt good and they helped me a lot.”

Berrettini entered the game with a 2-1 advantage in the pair’s ATP Head2Head rivalry. But the margins were razor thin on the slow hard indoor court, and the world No.7 recovered from 5/7 in the tie-break to claim victory after grueling two hours and 52 minutes.

Friends are two of the biggest hitters on the TBEN. But with their shots not moving quickly across the field, it became a tactical battle, with both men showing a willingness to move forward to complete the points.

At 8/8 in the service of Berrettini during the tie-break of the match, Auger-Aliassime made his way to the point. But the world No.11 missed a neutral forehand, which gave his opponent a match point, which the Italian converted.

“I was pretty nervous at first,” Ruud said during his interview on the pitch. “It’s a big stadium, a big crowd. You get chills when you walk on the pitch. You have the intro, the music and all the legends. But luckily I handled it well.”

Beginning of a dream.

Ruud needed three sets to win his first two games against Opelka, the most recently triumphant against him in a last-set tie-break in Cincinnati. But on the slow court, the Norwegian was at home as he limited the free points he gave to the favorite at home and controlled the rally from the baseline. Opelka prefers to be the aggressor, but too often he is left chasing the balloons just to try to get them back into play.

Captain John McEnroe, Nick Kyrgios and John Isner urged Opelka to mix things up and take some points further to sow doubt in Ruud’s mind. The American rushed to the net and occasionally served and stole. In the second set tie-break, he hit a backhand volley with so much backspin that he bounced off Ruud’s side and came back into the net.

But Ruud never panicked and pumped his fist after hitting a deep return that forced Opelka to make her last mistake of the game into the net.

“I had an early break which calmed the nerves a bit. I’m sure it was the same for Reilly, he’s playing at home,” Ruud said. “I was just trying to enjoy the moment and play without pressure. It was a really good game for me.”

Andrey Rublev reflecting on Dash From Desert: “I really like tennis” | ATP circuit