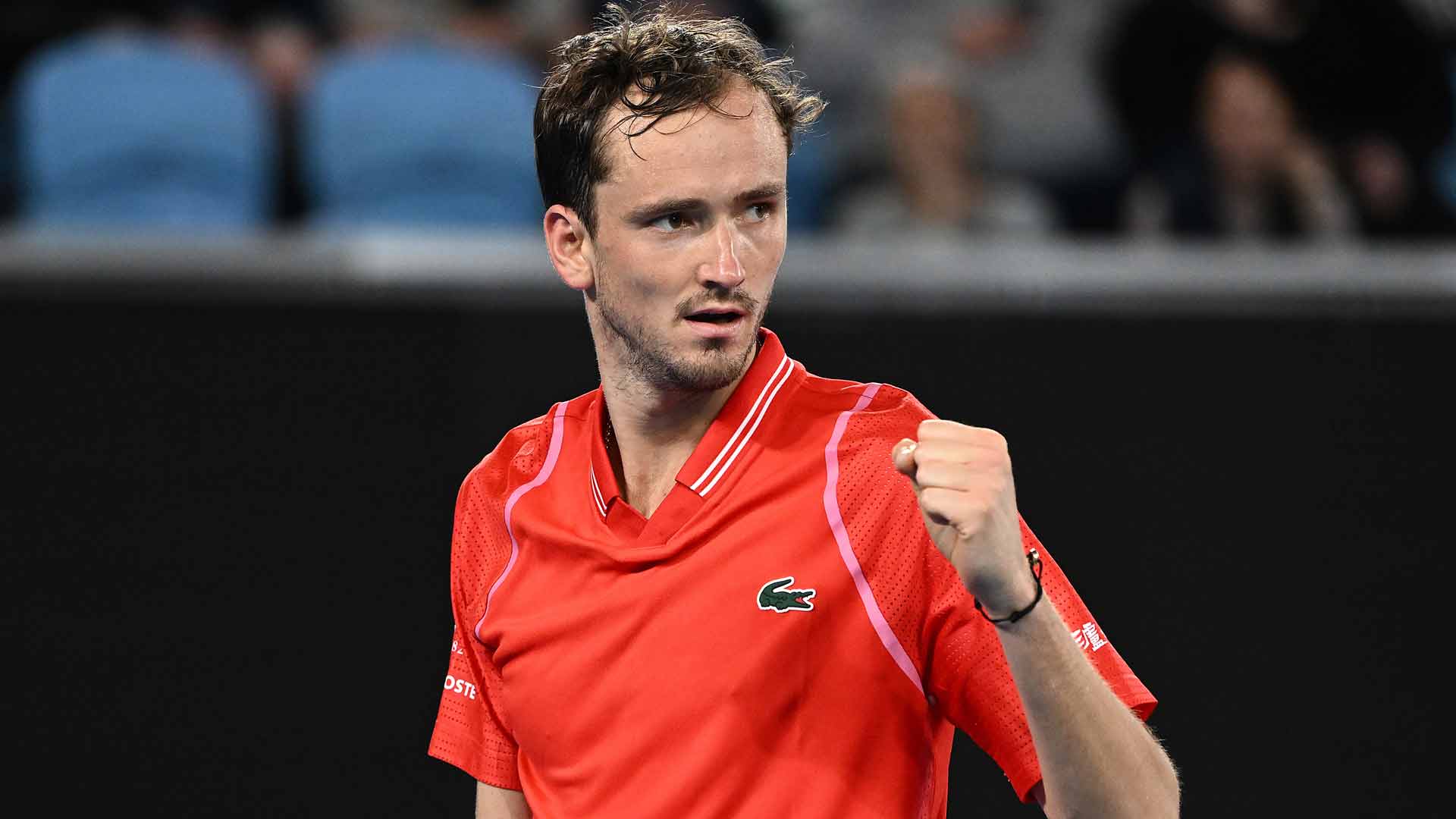 Daniil Medvedev continues his title quest and Felix Auger-Aliassime looks set to maintain the momentum of his second-round breakaway as Day 5 of an unpredictable Australian Open arrives on Friday.

Poland’s Hubert Hurkacz, who survived in five sets on Wednesday to oust Lorenzo Sonego, faces another test: Denis Shapovalov, as the 20th seed. Stefanos Tsitsipas hasn’t dropped a set this tournament and the Greek looks set to continue his success and quest to reach world No. 1 this two weeks.

With a view to his second Grand Slam title and first Down Under, Medvedev has made quick work of his first two opponents. But 22-year-old Sebastian Korda will rely on his all-court play to spoil Medvedev’s title hopes in Melbourne.

Medvedev is aiming to become the fourth man in the Open Era to reach three consecutive Australian Open finals. The only men to beat him in Melbourne in the last two years are all-time greats Rafael Nadal and Novak Djokovic. While Korda has three Top-10 wins and has reached the fourth round of a major twice (2020 Roland Garros, 2021 Wimbledon), the win over the 2021 US Open champion would mark the biggest win of his career.

The first week of the season saw Korda push Djokovic to the brink of the Adelaide International 1 where the American held a championship point before the Serb rallied to win a grueling three hour nine minute battle 6-7(8 ), 7-6(3) 6-4 and claim his 92nd Tour trophy. The Florida native has bounced back since the Adelaide final, claiming a pair of wins in Melbourne against Cristian Garin and Yosuke Watanuki.

The only previous encounter between Medvedev and Korda was at the 2021 Rolex Paris Masters, where the 2020 Nitto ATP Finals champion rallied after a set down to beat the American. Their match at the Rod Laver Arena is sure to provide exciting long-busting rallies to wrap up Friday night’s session.

Felix had his back against the wall in the second round against Alex Molcan. After early exits at the past two majors (US Open, Wimbledon), it looked like the Canadian would leave the tournament on Wednesday. But the 22-year-old clawed his way back from two sets to love down for the second time in his career (2022 Roland Garros v. Varillas) and is now in the third round.

Cerundolo, who took his first Grand Slam win this week, looks set to continue his run and upset the sixth seed. The 24-year-old Argentine, who won his first Tour title in Bastad last year, has a deadly forehand that will put Felix to the test.

Last year’s quarterfinalist Auger-Aliassime is looking to book his ticket into the last 16 of a Grand Slam for the seventh time, while Cerundolo is aiming to become the fourth man in the past decade to reach the fourth round in his debut at the Australian Open . . It will be the first meeting between Felix and Cerundolo at the John Cain Arena.

After a dramatic five-set win in the second round, Hurkacz is aiming to become the third Polish man in history to reach the round of 16 at the Australian Open (Wojtek Fibak in 1978 and Lukasz Kubot in 2010). The 10th seed must first survive last year’s quarterfinalist Shapovalov.

The 23-year-old put in a strong performance in the first two rounds, beating Dusan Lajovic and Taro Daniel. Despite trailing Hurkacz 1-3 in their ATP Head2Head record, the Canadian could earn redemption if he captured their first Grand Slam encounter. The winner of the Margaret Court Arena clash could face Medevdev in the next round.

Tsitsipas can rise to number 1 in the Pepperstone ATP rankings for the first time by winning his first Grand Slam crown in Melbourne. The 24-year-old must first get past the Greek track to keep his hopes alive. And he caught the Dutchman on a six-match winning streak after taking his maiden Tour title in Pune, India.

You May Also Like: Djokovic, Tsitsipas & Alcaraz Remaining Contenders for World No. 1

Tsitsipas, who is a three-time Australian Open semifinalist, got off to a fast start this week at Melbourne Park. But to play a match over two hours, the Greek was dominant in his first two appearances against Frenchman Quentin Halys and home favorite Rinky Hijikata.

Greek track wants to beat a Top-5 player for the first time at his second attempt (US Open 2021, l. Djokovic). The Dutchman hopes to add a surprise at the Rod Laver Arena to what is already his best Grand Slam performance.

Frances Tiafoe and Karen Khachanov, the semifinalists of last year’s US Open, meet for the third time. The American looks set to claim his first victory over Khachanov. Jannik Sinner seems to continue his good start against Marton Fucsovics.

Cameron Norrie meets Jiri Lehecka, whom he beat in the first week of this season in Auckland, where the Brit finished second (l. Gasquet).

Mackenzie McDonald sets his sights on backing up his straight-sets victory over Nadal. The American will face Yoshihito Nishioka in the third round as the 31st seed.