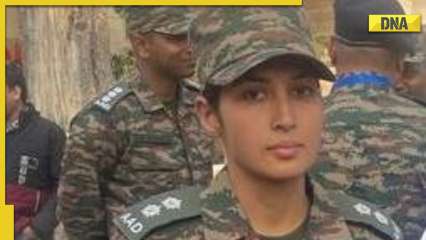 Meet Lieutenant Chetana Sharma, who will lead the ‘Made in India’ Akash surface-to-air missile system during the 2023 Republic Day parade (Photo: ANI)

Republic Day 2023: Female Indian Army officers were said to be leading missile contingents and riding motorcycles as part of the famous Daredevils team at this year’s Republic Day parade at Delhi’s Kartyavapath. Women officers are inducted in significant numbers as both officers and jawans,

Lieutenant Chetana Sharma will lead the ‘Made in India’ Akash surface-to-air missile system during this year’s Republic Day parade. She said she always wanted to participate in the parade after seeing it on TV every year and her dreams came true this year.

Who is Chetana Sharma?

Lieutenant Chetana is from an Army Air Defense Regiment unit, which protects the skies from enemy aircraft and drones. She belongs to Khatu Shyam village in Rajasthan. She graduated from NIT, Bhopal and then she appeared for the CDS exam. But she only succeeds on her sixth attempt.

Lieutenant Sharma has said it was a proud moment for her to get the chance to represent her unit and the army in the 2023 Republic Day parade. Lieutenant Sharma said that after six attempts she joined the army and that her hard work is the reason behind her success. .

READ | Republic Day 2023 Parade: Know the parade schedule, timing and where to watch the program online

Earthquake Risk: With 4 seismic zones in India, know which parts are in the upper zone