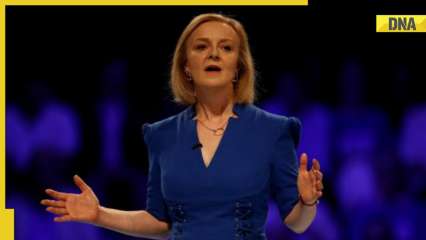 British politician Mary Elizabeth aka Liz Truss defeated Rishi Shounak, the Secretary of State for Foreign, Commonwealth and Development Affairs since 2021, to become Britain’s next Prime Minister on September 5. Liz Truss is the third woman to hold the position of Prime Minister of the UK after Theresa May and Margaret Thatcher.

In her winning speech at the Queen Elizabeth 2 Center auditorium, Truss said: “It is an honor to be elected leader of the Conservative and Unionist Party”, adding that it was one of the longest job interviews in history.

Mary Elizabeth Truss was born on July 26, 1975 in Oxford. Her father was Emeritus Professor of Pure Mathematics at the University of Leeds (father) and her mother is a Latin teacher at Bolton School. Truss married Hugh O’Leary in 2000 and has two daughters. Truss completed her graduation from Merton College, Oxford in the year 1996.

Started her career as a Chartered Management Accountant (ACMA) in 1999l and later worked at Cable and Wireless and rose to Economics Director before leaving in 2005.

Truss served as chairman of the Lewisham Deptford Conservative Association and was elected councilor for Eltham South in the Greenwich London Borough Council election in 2006.

She was elected to the House of Commons on 6 May 2010 and was appointed Parliamentary Under Secretary of State in the Ministry of Education on 4 September 2012. In addition, she was given responsibility for childcare and early learning, assessment, qualifications and curriculum reform, behavior and attendance, and school food assessment.

Truss stated she could not run for Conservative Party leadership to succeed May until 2019, but she supported Boris Johnson. She was then promoted to the position of Secretary of State for International Trade and Chair of the Board of Trade.

When the cabinet was reshuffled in 2021, Johnson Truss was promoted from Secretary of International Trade to Secretary of State for Foreign, Commonwealth and Development Affairs. She became the second woman to hold the position after Margaret Beckett.

The Bharat Express News - September 27, 2022 0
Smile and Pyae Maung are one of Myanmar's most beloved couples. She is a famous actress who comes from a film production family,...