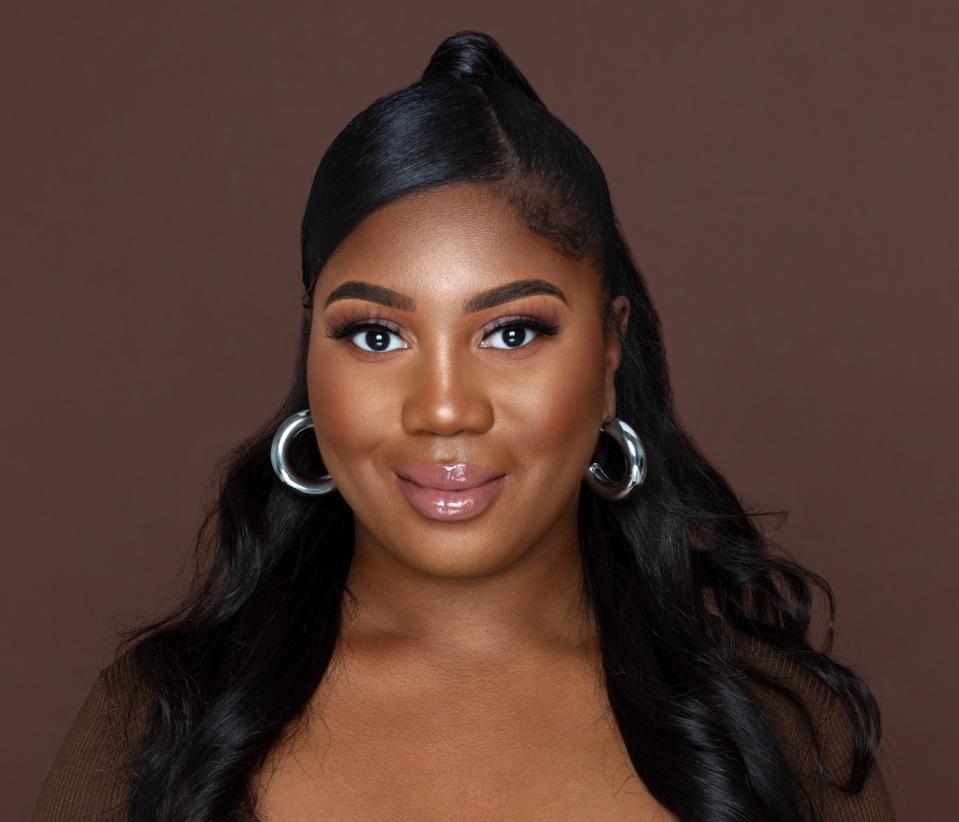 The beauty industry has received a lot of negative reviews in recent years for its level of inclusiveness. The things advertised range from the customers they target to the ingredients that go into their products. Many consumers are now starting to vote with their wallets and are ready to buy new, smaller brands that match their ideals. Naomi Maximen, who has just launched Naomi Sadé London, is an entrepreneur who has worked in the makeup industry for 9 years and uses her experience to launch an inclusive vegan and cruelty-free makeup brand.

Naomi’s interest in beauty began at a young age with exposure to the industry through memories of her mother discussing the launch of a beauty brand and always looking for glamor, something that she wanted to reproduce as she got older. She pursued this interest by following many online beauty influencers long before they became the household names they are today. By watching these videos, she learned to reproduce a variety of appearances and educated herself about the industry. While continuing her studies at university, her friends often asked her for her opinion on makeup and the best products to use. With these skills, she had learned that she had started doing freelance bridal makeup in between her studies. It was during her second year at university that she decided to gain professional experience by landing a job with makeup conglomerate Estée Lauder. She has worked for various brands under the umbrella such as Bobbi Brown, Clinique, Crème de la Mer, Estée Lauder, Tom Ford and many more in some of London’s most prestigious flagship stores as a beauty consultant. She really enjoyed the experience and knew that “this is the industry I wanted to pursue a career in”.

However, studying business economics and coming from a strict home with successful parents, she was encouraged to pursue a “more traditional career”. She took their advice and concerns into account, but insisted that this was the right career path for her and, rather than attending career fairs at college, landed a role. beauty consultant at the Clinic when she graduated. She loved this role just as much as her first experience and knew that she wanted to continue working in the industry, but she had great ambitions to gain experience in a leadership role in order to understand the operational side of the business. beauty industry.

The opportunity then arose to work as a store manager for The Body Shop, one of the brands in the L’Oréal portfolio, joining a team of 12. Adept and very skilled in makeup application, this position offered a different challenge in terms of management. people who were much older than her at 22. She loved the challenge of managing people as well as having to deal with all the problems associated with running a store. The business aspect of the role allowed her to use many of the skills she learned in her degree in Business Economics. This store continued to be a success and won many awards within the group, but once again she found herself looking for a bigger challenge and eager to find out more.

Her next role would see her join cosmetics brand Lancôme, also under the aegis of L’Oréal where she would spend 3 years helping to strengthen their London store presence before also taking on a beauty education role, helping to train new store managers on how to run a successful beauty business.

At this point, she had experience in makeup applications, store management, and training employees so they could be successful. However, something that was missing after working for older, established brands was experience in a more modern, state-of-the-art brand. She landed a management role at Urban Decay in their flagship store in London’s beauty center, Carnaby Street. Unfortunately, however, Naomi was fired before the pandemic around Christmas time which had always been Naomi’s busiest time, making it a “very strange experience.” She decided to take a break to spend time with her family over Christmas, and upon reflection, she realized throughout her career moves, what she really wanted to do was start her own brand. She didn’t know all that it entailed at the time, but her varied experience and conversations with people on the business side of the industry gave her confidence that she could provide something of value to many clients with her. which she worked before.

Naomi’s 9 years of experience in the beauty industry has allowed her to interact tremendously with clients who understand what they need. It helped him understand some of the things that worked well and some of the things that didn’t. As a black woman who did makeup for a number of color consumers, she knew how much effort it took to blend different shades to find a match with people’s skin tones. Additionally, a topic that kept coming up with consumers was whether makeup was cruelty-free and vegan, which was not always present. Based on this, Naomi decided to launch a brand that would focus on vegan and cruelty-free makeup, but offer shades and tones to consumers of many different skin tones.

In developing the visual concept of the brand, she was inspired by the colors of her environment. Naomi created a notebook that acted as a “business bible” where she took notes on colors such as paprika, a cup of tea or a two pence coin as well as markdowns on any other product idea, “many of which. would come at night ”.

Once Naomi was confident in the tones she wanted to deliver, she started sourcing the products and given the level of quality she aspired to deliver, she partnered up with one of the major UK manufacturers. This rigorous process of knowing what customers need has gone not only into the product, but also into the sustainable packaging and branding chic. Feeling that the brand represents itself and being extremely proud, she put her name on it by calling the brand Naomi Sadé London. The first in the collection, Bronze Lookbook yesterday launched an eyeshadow palette filled with twelve essential shades that are indeed truly inclusive. Naomi is already creating products to expand the range with the same philosophy and focus on the quality that she has always wanted to offer her customers.

This article is part of a series featuring underrepresented people making a difference. To submit feature ideas or keep up to date with new releases you can find me on Twitter – @ TommyPF91