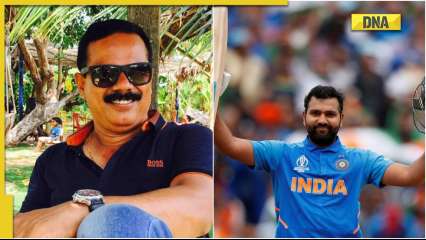 Team India skipper Rohit Sharma’s youth coach Dinesh Lad has been awarded the Dronacharya Award in 2022 for his contribution to taking care of players such as Rohit and Shardul Thakur and many others. He has coached players in Mumbai for 26 years and doesn’t charge a dime for it.

The veteran, who himself trained under the coach of legendary Indian cricketer Sachin Tendulkar, the late Ramakant Achrekar, will receive the Dronacharya Award on November 30 at a special ceremony in Rashtrapati Bhawan in the presence of the President of India, Draupadi Murmu.

ALSO READ  IND vs ENG, Adelaide weather forecast: will rain be a bummer in the India-England T20 World Cup semi-finals?

Dinesh Lad, former player and employee of Western Railways, will receive the Dronacharya Award in the lifetime category.

He has given the nation numerous greats such as Rohit, Sharul and his own son, Siddesh Lad is a Ranji trophy winner.

Lad runs his coaching academy at Swami Vivekananda School in Borivali, Mumbai. Not only has he nurtured young talent, but he also takes aspiring cricketers to his own shelter, if they need a place to stay

Thakur also stayed with him, as his own house was far away in Palghar. Despite all his achievements, the veteran coach doesn’t see his job as a way to earn money. In an interview with Money Control, Lad said: “My guru Achrekar, sir, I was with him for almost four years, he did not think commercially. He gave a lot of time to children. That impressed me.”

READ| IPL 2023 Player Retention Auction: When & Where to View the Full List of Retentions for All IPL Teams

“So maybe that’s why when I started coaching I didn’t think I was going to make anything (money) from this because I also had my job,” he added.

Dinesh Lad has given the nation more than 80 Ranji players, and he remains steadfast in his morals, since he started coaching in 1995, he has not taken any money from a disciple’s parents.