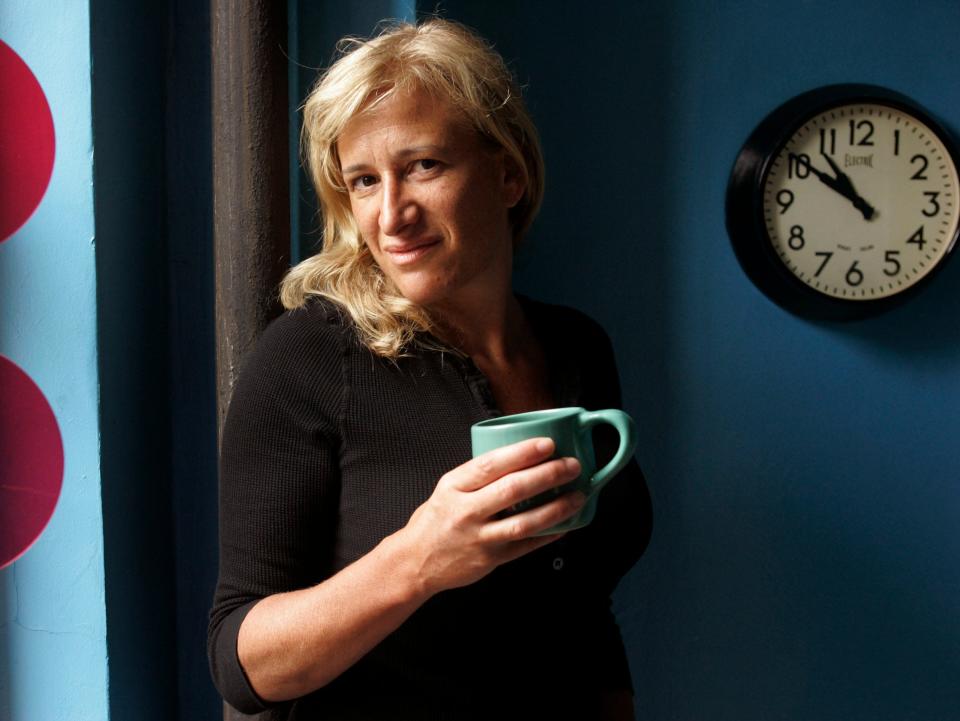 Melissa Bank, the author best known for her 1999 bestselling book “The Girls’ Guide to Hunting and Fishing,” has died after battling lung cancer. publishing house Penguin Books has confirmed to USA TODAY. She was 61.

A statement from Penguin on Wednesday states that Bank died Tuesday in East Hampton, New York, calling her “a writer with a distinctive minimalist style and boldly hilarious voice,” adding, “she captivated generations of readers with her warmly penetrating outlook. on relationships, family, and adulthood.”

Bank’s modest bibliography left a large footprint on bestsellers lists at the turn of the century. “The Girls’ Guide to Hunting and Fishing” told Jane Rosenal’s story in a collection of linked short stories, beginning at age 14 and following her adventures and tribulations in sex, love, and work with a recognizable, comedic twist. Even readers who never picked up on it will likely remember the book’s striking cover of a girl in a red winter coat, running away in boots and a black hat with earflaps.

“The Girls’ Guide to Hunting and Fishing” debuted on the USA TODAY Best Selling Books list in 1999, reached number 24 and spent 40 weeks on the list.

Bank followed that blockbuster success with her novel “The Wonder Spot,” published in 2005, about another young woman, Sophie Applebaum, and her quest to forge her own identity.

Bank received an MFA from Cornell University and won the TBEN’s Nelson Algren Award for Short Fiction. She is listed on the faculty page of Stony Brook Southampton in Southampton, New York.

Many writers expressed their condolences on Twitter on Wednesday and shared their appreciation for her work.

“RIP to Melissa Bank, who wrote a clever and funny book that many people loved (and tried to imitate for years), The Girls’ Guide to Hunting and Fishing,” wrote Jami Attenbergauthor of “The Middlesteins” and “All This Could Be Yours.”

“What heartbreaking news. This beautiful collection from #MelissaBank was such a milestone for me and so many others,” novelist wrote Laura Zigmanreferring to “The Girls’ Guide to Hunting and Fishing.”

“RIP to Melissa Bank, author of a whole lot of stuff, but perhaps the most incredible, ‘The Girls’ Guide to Hunting and Fishing’. One of those tantalizing books that, if you catch it at the right time, will be a friend for it.” becomes life.” tweeted writer Gideon Yago.

This article originally appeared on USA TODAY: Melissa Bank, Author of ‘Girls’ Guide to Hunting and Fishing,’ Dies at 61